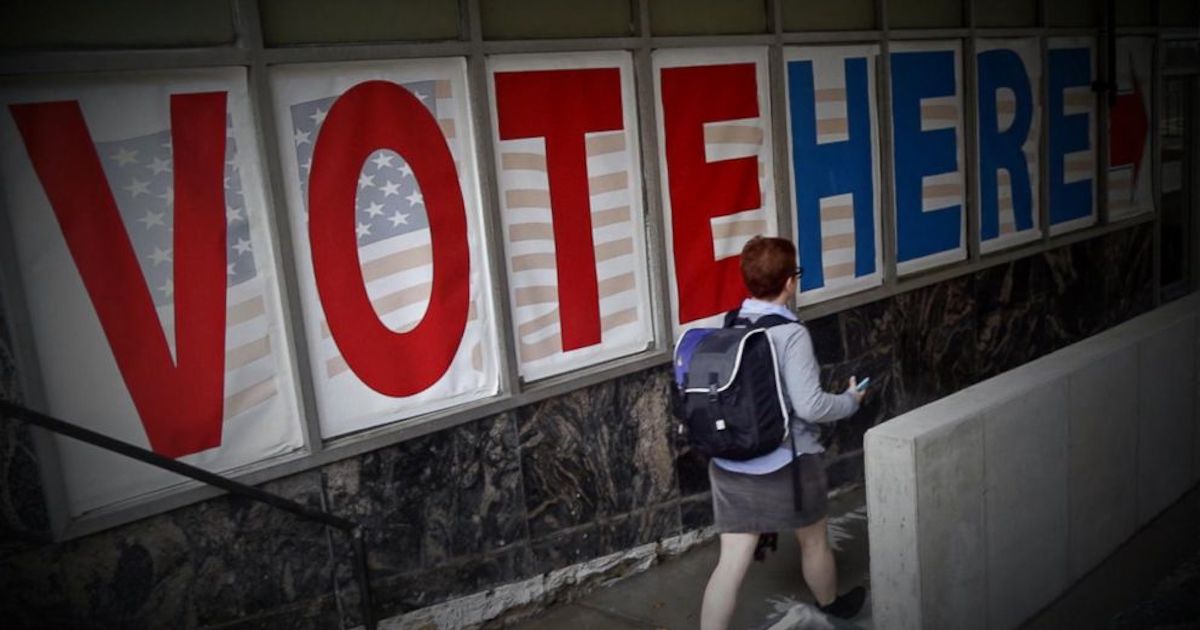 The beginning of the 2020 presidential election was an unmitigated disaster. Results that should have been reported the night-of in Iowa instead took days as a result of technical issues with an app and inconsistent numbers being reported. Politicos were baffled while accusations of a rigged process arose after the candidate with the most votes didn’t leave with the most delegates.

At the center of the controversy was independent US Senator Bernie Sanders, and suddenly the question became whether or not we would witness a repeat of 2016. Was the party once again trying to sabotage the Sanders campaign? Are we looking at yet another rigged 2016 presidential primary process?

Many Sanders supporters took to the Internet to cry foul, while Sanders called the caucuses an “embarrassment” and a “disgrace.”

The Iowa Caucuses were a black mark on the Democratic Party. Media personalities talked about how antiquated the Iowa Caucuses were and questioned the state’s first-in-the-nation status, while the whole ordeal and the following DNC debate turned the party into the biggest punchline on Saturday Night Live.

But just like in 2016, the mainstream conversation still misses the forest for the trees.

MIT Study Uses Physics to Show How 'Unstable' US Elections Are

Iowa will not be the last black mark in this election cycle. More people are waking up to the deeper systemic problems in our elections process that are a direct result of elections that at every institutional level are controlled by two private political corporations -- the Republican and Democratic Parties. Thus, voters are forced to choose between two increasingly unpopular options from the very beginning, while political competition is nonexistent.

This is no longer an understanding held only by reform advocates, but includes the most preeminent business minds in the US, and has even reached surprising corridors in higher academia.

A research group out of MIT, for instance, has shown how the same mathematical formulas that help scientists understand certain phenomena in the physical world can be used to analyze the growing instability in US elections -- an instability these researchers acknowledge is partly due to growing polarization between the two parties and the structure of party primaries.

“Our country seems more divided than ever, with election outcomes resembling a pendulum swinging with ever increasing force,” MIT doctoral student in Physics, Alexander Siegenfeld, told MIT News. He adds that in these “unstable” elections, “a small change in electorate opinion can dramatically swing the election outcome, just as the direction of a small push to a boulder perched on top of a hill can dramatically change its final location.”

The study’s analysis identifies a transition in elections beginning in 1970, from a period where elections captured the greater preference of voters to increasing instability that has resulted in an undemocratic phenomenon the study calls “negative representation.” In other words, election outcomes increasingly swing further in the opposite direction of the greater preference of voters.

One of these solutions is to adopt a pro-voter reform that has made its way into the national conversation: ranked choice systems. The researchers conclude that alternative voting methods like these reduce the need to vote with a “lesser of two evils” mentality, which not only leads to a misrepresentation of voter preferences, but also inhibits competition and keeps people home on election day.

Another solution is to increase voter turnout “either through incentives, publicity, or legislation (such as Australia’s required voting),” reports MIT News. But compulsory voting would not be necessary if you increase the publicity of elections and transform the voting process to ensure voters can feel confident in their vote, while also giving voters every opportunity available to cast a ballot.

This is where nonpartisan, pro-voter reformers come in.

MIT researchers propose using ranked choice systems as a way to stabilize the elections process and reduce the phenomenon of negative representation. As the analysis points out, this is accomplished by having election outcomes that swing toward the greater preference of voters.

Yet, by allowing voters to rank their preferences and thus reducing the need to cast a ballot with a “lesser of two evils” mentality, ranked choice systems historically have also increased voter confidence in the process and thus have resulted in higher voter turnouts. (See: 2016 University of Missouri study)

Ranked choice voting (RCV) entered the mainstream conversation following its historic adoption in Maine in 2016 and its first use in statewide elections in the 2018 midterms. Campaigns in other states soon began to use the model set by the Committee for Ranked Choice Voting, hoping to follow Maine’s example.

The Maine Legislature also expanded RCV’s use to presidential elections in 2019, while 4 states implemented it for the 2020 Democratic presidential primary: Alaska, Hawaii, Kansas, and Wyoming. Further, the Iowa Democratic Party used ranked choice voting for their “virtual caucuses” and it will also be used in the Nevada Democratic Caucuses.

For the first time in US history, ranked choice voting will play a role in presidential elections -- which along with another historic victory in New York City in November further raises its profile in the mainstream conversation for future reform efforts across the country.

RCV on the Ballot

Voter Choice Massachusetts celebrated a monumental victory leading to the close of 2019 as the Secretary of the Commonwealth certified over 111,000 voter signatures to move the organization’s statewide RCV ballot initiative to the next phase of getting it on the 2020 ballot.

“With the help of hundreds of volunteers, we didn’t just meet our goals, we blew passed them – getting over 31,000 more certified signatures needed at this stage in our campaign to give Massachusetts voters more choice and a stronger voice at the ballot box,” said Emily Fitzmaurice, Communications Director for Voter Choice for Massachusetts.

“Ranked choice voting is a common sense upgrade to the ballot that will strengthen our democracy and re-engage voters at this critical time. As we head into 2020, we’ll continue talking directly to voters about our campaign and building upon the tremendous momentum we’re seeing from supporters in every city and town of the Commonwealth.”

The initiative is now in the hands in the legislature. However, even if the legislature rejects or decides to take no action on it, there is still an avenue Voter Choice Massachusetts can take to put the RCV initiative on the ballot, which will require additional signatures.

It is worth noting that Voter Choice Massachusetts has developed one of the strongest grassroots networks for RCV since the Committee for Ranked Choice Voting passed the reform in Maine in 2016. It has worked diligently to not only educate voters on RCV and raise the campaign’s visibility, but lobby the legislature to support the alternative voting method -- garnering substantial support among voters and state lawmakers.

Massachusetts is also not the only state RCV may appear on the ballot in November. Alaskans for Better Elections smashed the ballot signature requirement in its state to put a comprehensive pro-voter initiative on the ballot that includes ending dark money in Alaska, adopting a nonpartisan primary process, and using RCV in future elections.
‍

Alaskans for Better Elections is now waiting for certification from the Alaska Division of Elections.

A Growing Conversation on Combining RCV with Nonpartisan Primaries

Alaska could very well make history as the first state to certify a ballot initiative that combines the use of ranked choice voting and nonpartisan primaries. However, it is not the only place such a combo is being discussed.

Many pro-voter reform advocates are getting behind the idea of a top-four nonpartisan primary combined with ranked choice voting in the general election. The idea took off after the publication of the groundbreaking 2017 Harvard Business School study, “Why Competition in the Political Industry is Failing America,” written by former Gehl Foods CEO Katherine Gehl and Harvard Business School professor Michael Porter.

Gehl and Porter came to a similar conclusion as the MIT researchers: Primaries play a critical role in the candidate selection process. However, party primaries have contributed to the destabilization of US elections.

Gehl and Porter write that the partisan primary system “is perhaps the single most powerful obstacle to achieving outcomes for the common good.” The authors conclude that significant structural changes are critical to bring healthy competition back into the electoral process, including a top-four nonpartisan primary and ranked choice voting in the general election.

The Independent Voter Project co-hosted a forum in San Diego along with the League of Women Voters San Diego, RepresentUs, FairVote, and independent San Diego City Councilmember Mark Kersey to discuss the idea of combining a top-four nonpartisan primary with ranked choice voting. Attendees could also participate in a live demo of the RCV method presented by a representative of RepresentUs.

IVN writer Alexa Mikalaski writes, “In general, attendees of the public forum appeared optimistic about the possibility of a top-four primary using RCV in San Diego and agreed that the current system we have in place limits voter choice and does nothing to prevent special interests from dominating our electoral system.”

Voters in a critical 2020 battleground state may have a chance to reshape their primary elections process. An initiative to implement a nonpartisan top-two primary system for state executive and legislative races is slated to appear as Amendment 3 on the November ballot, though it is still under judicial review.

All Voters Vote collected more than enough signatures to put the top-two primary initiative on the ballot. The initiative would replace a closed primary system that forces voters to register with the Republican or Democratic Party to participate or be shut out completely (meaning millions of independent voters are currently locked out).

The state Republican and Democratic Parties, along with Florida’s attorney general, are fighting the initiative in court. However, the initiative is racking up some key endorsements, including most recently the Miami Herald. The initiative needs 60% of the vote in November to pass.