The Extra Point
Up Next
...
Orlando Sentinel: Don't Let Party Bosses Rob You of Your Right to Vote
Read More 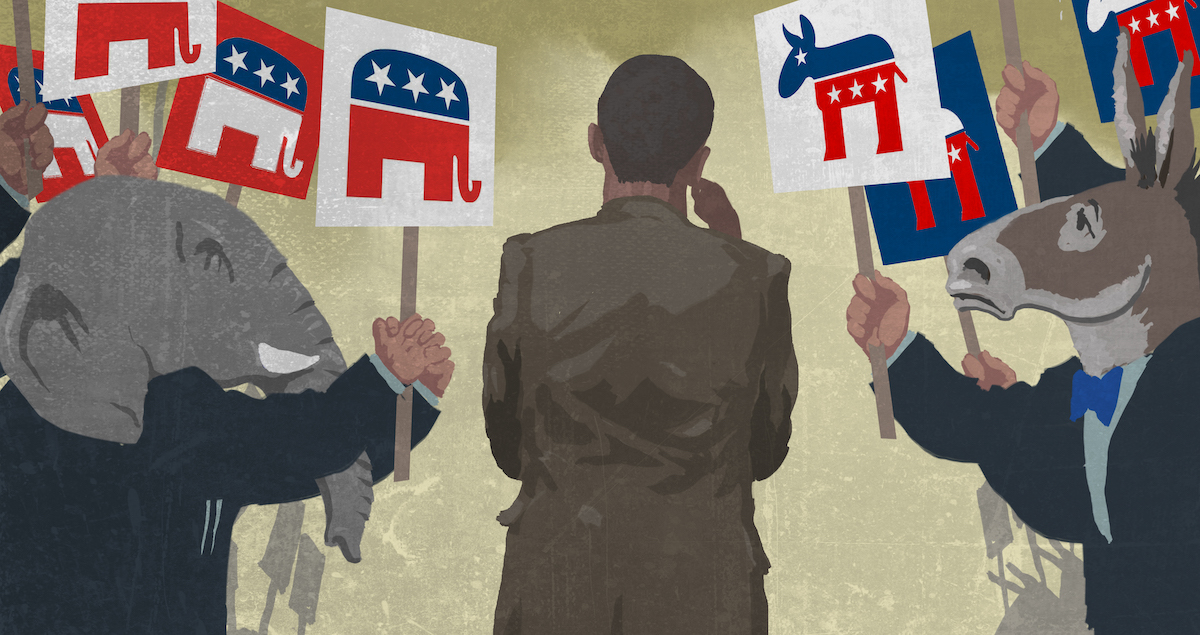 Independent Voting recently released the results of its second national survey "Confronting A New Reality: Independents Speak Out,” interviewing over 3,600 independent voters across the country on the hot button issues of 2020 (from the government's handling of COVID to police reform to what being independent means to them). The survey gave voice to a segment of the voting population that is often ignored in the current political climate.

“What I love about this survey, its results, and the activity of collecting the responses is that it develops new leaders and activists; builds local, regional and virtual infrastructure; and makes it harder and harder to ignore the reality that 40% of Americans are independents,” said Independent Voting President Jackie Salit. “If our country is to free itself from the clutches of partisanship, independents will have to lead the way.”

The survey, conducted over the course of a hundred plus days, included a diverse array of independent voters from across the political spectrum and different socioeconomic demographics in every state. Some of the voters interviewed said they had always been independent, some had previously been members of a political party, and some - though a much smaller share of those surveyed - reported being members of a minor party.

It is important to note that IVN and Independent Voting share the belief that being independent is a mindset and does not have to mean the absence of a party, or ideology, or that independents have to be members of or advocates for a minor party.

What united the independents surveyed, though, is a shared concern that partisanship is only getting worse, and it is having a toxic effect on government. For instance, 81% of voters surveyed said they believed the COVID crisis only made the problem of partisanship more critical to address.

Three-fourths of independents surveyed believed mistakes were made on both sides with regards to the government’s handling of the pandemic, and 63% believed in general the main problem with partisanship was policy paralysis -- which prevents the needs of the country from being properly and sufficiently addressed.

A majority of independents surveyed also agreed that the root problem is the partisanship and divisiveness that dominates the electoral process, and these voters want to look beyond a system that perpetuates an environment of retribution and blame to a healthier, more equitable process.

Sixty-two percent of voters surveyed said the problem with the 2020 election landscape was that independents in many states were still locked out of the primary process. A third surveyed said they sometimes join a party just so they can vote in the primaries, a condition to voting most would like to see changed.

This data is important because the partisan narrative is that independent voters are a myth. Ultimately, they will choose a Republican or a Democrat, and thus we cannot believe the polling that 4-in-10 Americans refuse to identify with a political party. Yet this mindset, which emerges out of a two-party system that hasn't changed in half a century, ignores that the system was rigged to give voters only two options. So, is it a surprise that voters will go with the option that they think falls closer to their political philosophies?

Independents, though, want change. They want an equal and meaningful voice in the process. They want a competitive and fair system. And, the more frustrated these voters get with the status quo, the more active they become in seeing a transformation in the US political process.

“Independent voters are optimistic that if we open up the electoral system and make it more democratic for everyone, we will start to see less partisanship and more cooperation for the good of everyone and for our country as a whole,” wrote Tiani Coleman and Randy Miller, both co-chairs of Independent Voting's survey campaign.

Looking ahead, they survey also found that 61% of independent voters want to explore the idea of a nonpartisan, all independents nominating process for the next presidential election, while 80% believe leaders of election and political reform groups should join forces and collaborate.

It is important to note that reformers have seen historic success over the last few years from coast to coast - on primary reform, alternative voting methods like ranked choice voting, gerrymandering reform, campaign finance reform, etc. -- and have worked closer together by forming groups like the National Association of Nonpartisan Reformers to accomplish the shared goal of greater equity, fairness, and competition in elections.

Check out the full results of Independent Voting’s survey here.