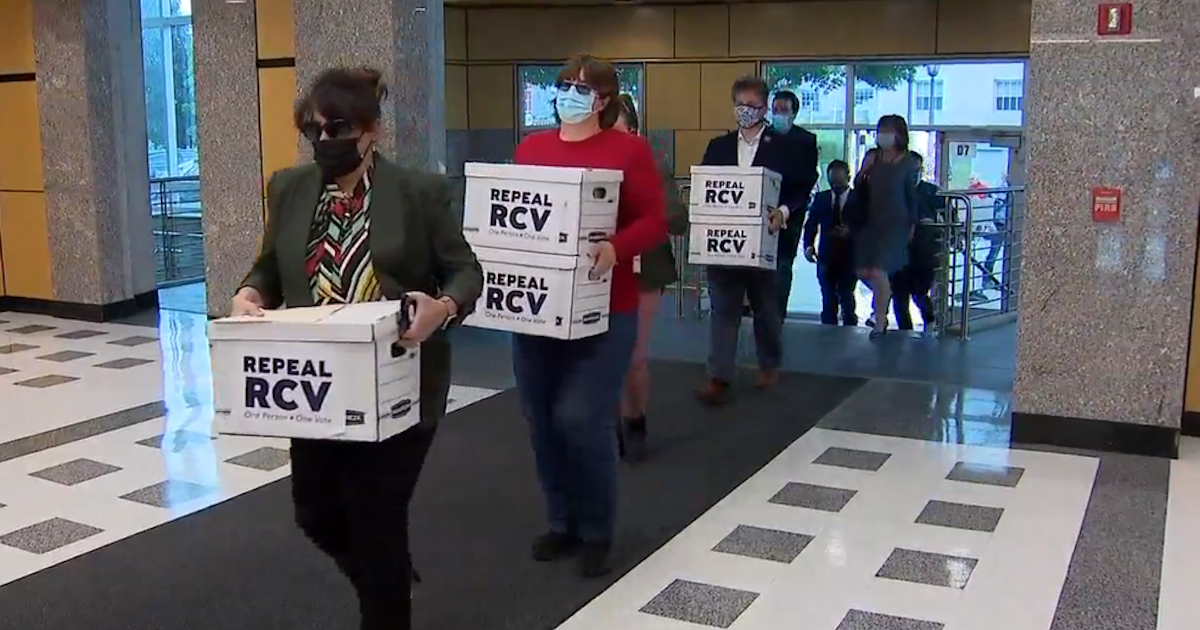 If this sounds like ranked-choice voting (RCV) to you, go to the head of the class. But this language is actually from The Rules of the Maine Republican Party. It’s how they elect their own officers.

That’s why it’s odd that the Maine GOP is trying to reject RCV—a voting method so similar to what they themselves use. But it’s true. And to do so, they have spent upwards of $400,000 on out-of-state signature collectors (asking Mainers to sign in person during a pandemic).

All of this appears to be for the benefit of the one electoral vote for president that Maine’s 2nd District might deliver for them if a less-than-50% vote can carry the day. Yes, despite the fact that Mainers have twice voted for RCV, Republican bosses want to overturn the voters’ will for one electoral vote.

The GOP claims to have the required signatures. Maine’s Secretary of State has ruled otherwise, but the GOP has appealed. If they are successful in court, Mainers will vote for a third time on RCV. If that happens, Mainers should reject the GOP’s hypocritical and self-serving attempts to take us back to a lesser-of-two-evils system that is fraught with vote-splitting and the spoiler effect.

RCV is a better way, and even the Maine GOP knows it.