Up Next
...
When a Curve Is Not Necessarily a Curve
Read More 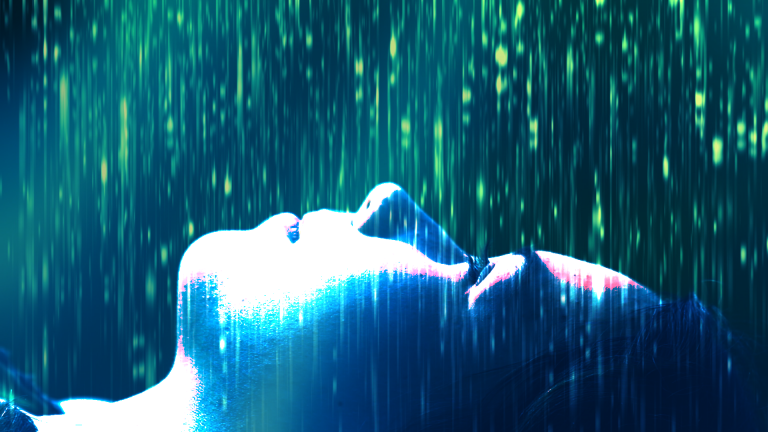 Once We Awaken, Things Won’t Be The Same

Do you get a sense, that something is wrong
like that dissonance, that does not belong

As we move through the journey of life, many people are experiencing a sense of dis-ease, that something is off-kilter, that the narratives we are receiving do not match the reality we are experiencing. There is great hope in this knowledge because once one recognizes this dissonance the process of awakening begins.

Deep down way inside, you may have suspicions
that much what we're told, are but veiled omissions

The narratives are controlled by a small handful of people who determine what issues and discussions we should be examining. As we watch the main stream news and follow social media, the news and discussions we see are mostly spectacle designed to boost ratings with little or no coverage of the real issues such as: our wars without end, corporate and big money control of government and media, or anything critical of the powers that be. Most of the journalists we see on the main stream media are basically celebrity faces who no longer practice journalism, but are simply parroting what those in power want them to say with little effort made to investigate and corroborate the stories.

There is great hope in recognizing this knowledge, as it allows one to view the narratives more critically and to filter out what does not resonate with them.

Why do we listen, to those who would divide
those who leave us empty, with our humanity denied

However, the powers that be are very successful at projecting that there is a real difference between the two political parties. Both political parties are successful in getting people to fight each other over social issues that in the big picture are really not the key issues. Then, as long as the people are focused on fighting each other, those who orchestrated this fight enjoy the benefits of this effective diversion, keeping people from paying attention to the criminal syndicate that has taken over the government. There is great hope in recognizing this old divide and conquer tactic because once one does recognize it, one can stop fearing or hating “the other” and recognize that we have far more in common than what is dividing us. We can stop with name calling and finger pointing, and instead engage in meaningful conversations.

Why listen to those, with so little to tell
the very same ones who, have so much to sell

So many listen to the main stream media where sensationalism such as murders, car crashes, kidnappings, sex scandals and the like dominate the content. This is the same media where 90% of the media is owned by 6 corporations. One does not need a PhD to understand that this concentration of control over the narrative that people experience is not a positive development. Those that control the news keep the masses living in fear. This fear can take many forms, but often it is physical, economic, or social. This is the same media that now has 36% of its hourly content filled with commercials.

The fact that people are recognizing this is good news because they will become more discerning about who they give their money to. They will start to question whether they really need that product or service, or do they just want it.

Once we will awaken, things won't be the same
we will manifest, an end to their game

Once we will awaken, the angels will observe
as those with dark souls, we'll no longer serve

Our current political system has been totally corrupted by those with vast accumulations of money. This cuts across all ideologies and political party lines. This system of legal bribery has even been ratified by the highest court in the land which opened the floodgates to even more money corroding our system. How can someone represent you when they are being paid millions to represent others? What we need now goes beyond simple reforms and enters the realm of transformational change. Many articles and videos (mostly those in the alternative media space) connect these dots so that more and more people are becoming aware.

This awareness and awakening is a critical step as it opens up the possibility for transformational change to take place.

The changes we are seeking will not take place from the top down, they will take place from the bottom up. Those who benefit from the current paradigm have little motivation to implement meaningful changes. Once we are ready to accept our own roles in this process, we will realize that what needs to happen is that we have to change ourselves. Once we stop playing their game of competing with each other, we will start cooperating instead. Local, self sufficient, and resilient communities will spring up like wild flowers in a field where they grow much of their own food, start their own currencies, and their citizens will stop buying from the big corporations, instead they will patronize their local businesses.

The current system of how we create and distribute money is at the very heart of most of the problems we face. It is absolutely amazing that people will work a significant portion of their lives away to earn money, and yet have only the most elementary understanding of how our debt based monetary system works. What does debt based monetary system mean? When was the last time your main stream media covered this? When was the last time your school taught you this? Why is this information withheld?

This debt based monetary system perpetuates and amplifies the inequalities of how Earth’s abundant resources are distributed. Our very existence on this planet is being threatened as unlimited economic growth within a finite biosphere remains the current paradigm. Until we move to a totally new monetary system, we are only hacking away at branches, and not getting to the root of the problem. There can be no effective transformation of our societies until this happens.

The models for a new monetary system are already in place. However the private individuals who have been given the monopoly power to create money and are benefiting from the current system will fight to make sure that knowledge of these systems does not spread widely. Those benefiting from the current system will work hard to make sure it stays firmly entrenched. When was the last time you heard a corporate media network discuss monetary reform?

Once we have local control of money, food production, energy generation, and governance, the current paradigm of corporate and big money control of our systems will simply become obsolete. It will simply fade into oblivion as it becomes less and less relevant. There will be no need to confront the system. Once we awaken and change our ways, we will “manifest an end to their game”.

Those that are insatiable, always seeking moar
ever quite so willing, to send others to war

Why do we accede, to their self served schemes
rather than just simply, following our dreams

Once we awaken we will no longer serve those who think only of themselves and their own self serving schemes. YOU can start making a huge difference by the way you spend YOUR money. Think about this, when you give your money to someone or some corporation, as you are transferring some of your your power to them. Is this really something you wish to do?

Do you shop at a local merchant or do you save that 35 cents by buying from Amazon? Do you give a percentage of every purchase to the big banks by using credit cards or do you pay in cash? Do you buy animal products humanely produced? Do you buy organic food or food produced using chemicals that threaten our ecosystem (and your health?) Do you bank at a “too big to fail bank” or a local community bank or Credit Union? Sometimes the lowest price or convenience is not the best buy and can carry an even higher unseen cost.

As we develop our own resilient local communities and economies, our dependencies on the corporate model will be reduced, weakening their tight grip on us. Mother Teresa once said “I alone cannot change the world, but I can cast a stone across the waters to create many ripples.”

Once we will awaken, we will clearly see
many of the others, who've also broken free

This is the best part of the awakening process. It is easy to think that the problems we face are overwhelming and that nothing can be done. The powers that be want us to think that way. Yet as we awaken, it becomes very clear that there are so many more of us that feel this same way than we originally believed. Once we awaken we become aware of others who have broken free. It is very empowering once we realize we are not alone. A critical mass is forming. It turns out that it takes only 10% of a population to bring about real changes.

We live in a world of abundance. There is enough air, water, and food for every person, animal, and plant on the planet. We have the resources and ability to make our existence here a paradise, to continue to develop socially, intellectually, emotionally, and spiritually. It is within our power to create a true golden age on this blue oasis floating through space and attain wondrous levels of development on a personal, family, community, regional, and global level while creating this paradise.

This article was interspersed with lyrics from a song. If these lyrics or the article resonated with you, a lyrics/music video of it can be viewed in its entirety on YouTube.

Rudy Avizius is a former educator, school administrator. author, researcher, and documentary creator. He is a founding member of the Public Banking Institute and has been following the economic situation and the subsequent collapse for more than a decade.