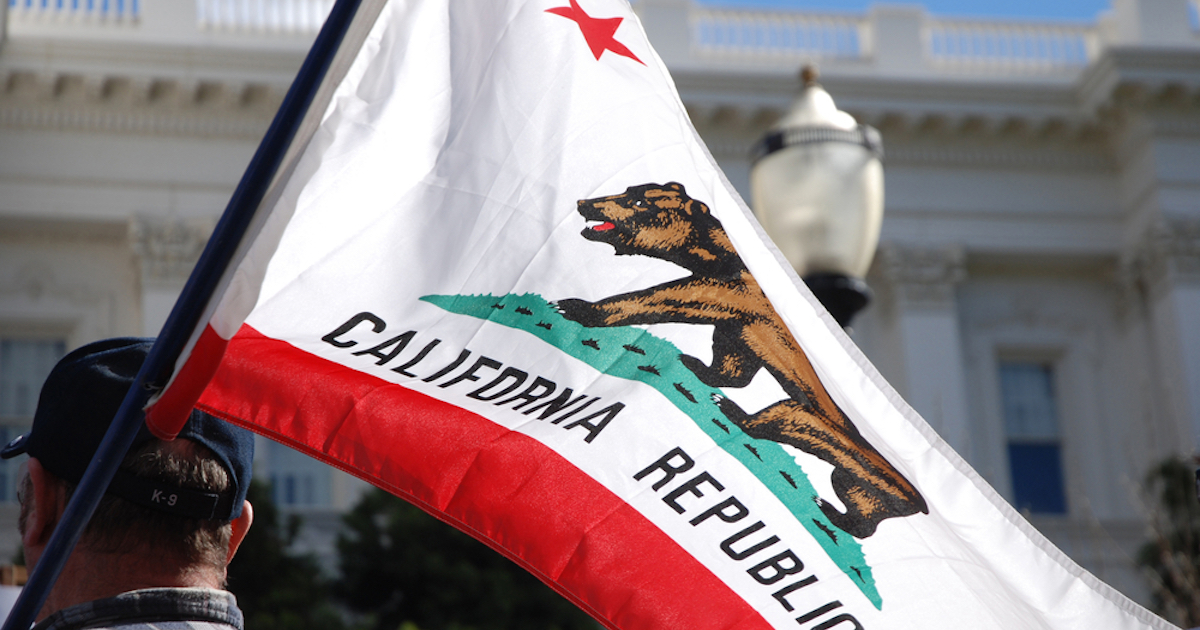 California voters could soon see major systemic changes made to the state’s recall process for governor. A new bill introduced in the California Legislature would change how candidates qualify for the recall ballot and calls for a new voting method that is fairer to all voters.

Independent Assemblymember Chad Mayes introduced AB 2161 to address one of the most glaring and controversial problems with the current recall process: If a governor is recalled, the person who replaces him or her can win with a simple plurality in a massive field of candidates.

The bill comes after Governor Gavin Newsom faced possible recall in 2021. California Republicans garnered enough signatures to trigger a recall election, but the effort ultimately failed as nearly 62% of voters said “No” to ousting Newsom.

There have been 55 attempts to recall a governor in California since the recall process was adopted in 1911. Only two of those efforts qualified for the ballot: The recall of Gray Davis in 2003, which led to the election of Arnold Schwarzenegger, and the attempted recall of Newsom in 2021.

Both elections attracted large fields of candidates. In 2003, 135 candidates were on the recall ballot. In 2021, there were 46 candidates.

The main reason why so many candidates qualified for the ballot in the 2021 recall election is because individuals who met all other qualifications to be governor (age, citizenship, registered voter) avoided collecting 7,000 signatures from voters by paying a nearly $4,200 filing fee..

It is reasonable to assume that there is no way voters could know or even be vaguely familiar with every single candidate running in a recall election, and while the viability of many candidates can be debated, it is easy to see how a candidate chosen under a choose-one voting method could have nowhere near true majority support among voters.

AB 2161 addresses this problem in a couple of ways. It eliminates the filing fee as an option to obtain ballot access in recall elections in lieu of collecting thousands of signatures from registered voters. The bill also requires the use of consensus ranked choice voting (RCV) in future recall elections if voters approve a statewide ballot measure to amend the state constitution to allow its use.

Consensus RCV would give voters the option to rank candidates in order of preference instead of choosing one candidate, but it is not like any other form of RCV used in the United States.

Jurisdictions that use ranked choice ballots in the US largely use a form of RCV called instant runoff voting (IRV). Voters rank candidates in order of preference (1st choice, 2nd choice, 3rd choice, etc). First choice selections are counted, but if no candidate gets over 50% of the vote, a runoff is initiated that eliminates the last place candidate and applies their voters’ next choice to the results.

The process continues with additional rounds of runoff as needed until a candidate has over 50% of the vote.

“Consensus-RCV is an election process based on one simple principle: The candidate the voters prefer to every other candidate is the "Consensus Candidate" and should win,” says Robbie Robinette, Director of BetterChoices.vote.

Consensus RCV allows voters to rank candidates in the exact same manner as IRV. The difference is instead of eliminating candidates, it compares each pair of candidates one-on-one. The candidate the voters prefer to each of the other candidates is the “Consensus Candidate” and the winner.

Another way to think about it is that candidates face a two-person race against all of their opponents to determine the generally preferred candidate among all voters.

"It’s hard to justify choosing any other candidate as the winner given these ballots," Robinette said in a one-on-one conversation.

A candidate in a California recall would be compared against opponents that span the political spectrum, and they would have to be able to beat all of these candidates in a two-person contest in order to win, which means they need to appeal to more than just their base support.

Robinette explained that consensus RCV creates a greater incentive for candidates to have a message that can beat candidates to their right and to their left, which means the winner of the election is less likely to fall in the ideological extremes.

“When a candidate says ‘my voters’ they ought to mean all voters in the electorate.”

He added that candidates cannot afford to alienate any voter. “They have to balance the needs of their constituency.”

If a consensus candidate cannot be determined because of a tie among the candidates, then the system would turn to instant runoff. However, Robinette says an outcome like that would happen once every 4,000 years.

How Election Outcomes Would Be Different Under Consensus RCV

The current choose-one voting method used in California recall elections can lead to outcomes in which the winning candidate does not have majority support. Schwarzenegger, for instance, won in 2003 with a little over 48% of the vote.

In 2021, conservative radio host Larry Elder did just as well. If the recall was successful, he could have won with even less than that. As long as a candidate has a plurality of the vote, he or she wins.

It is difficult to speculate on how the results would have been different if the recall was successful against Newsom. Or, how many candidates would have been in the race (including Elder) without the filing fee option (which AB 2161 would eliminate).

There are too many variables missing.

What is clear is that someone who does not get a majority of the vote cannot claim to be the consensus candidate. This is where the choose-one voting method fails to provide the best representation.

Ranked choice voting (RCV) methods are designed to provide better outcomes and force candidates to appeal to a broader segment of the electorate. However, Robinette asserts that consensus RCV significantly reduces the incentive for candidates to run extremely partisan campaigns in a way that instant runoff voting (IRV) can’t.

To understand how, he offered an example that assumes there are three serious candidates for California governor: One Republican, a moderate Democrat, and a much more liberal Democrat.

A Republican voter would likely list the Republican candidate first. It is also reasonable to assume that if they ranked all three candidates they would rank the moderate Democrat next, and the more liberal Democrat last.

In California, a statewide race that comes down to a Republican and a Democrat will generally always favor the Democrat. Robinette says that in many cases voters’ general preference for a less divisive candidate would never be considered under IRV.

He added that under consensus RCV, all voters’ opinions on each of the candidates are considered when determining the winner of the election.

Leaving It Up to California Citizens

The only guaranteed change AB 2161 would make is that it would eliminate filing fees as an option in lieu of gathering signatures to qualify for a recall ballot. Candidates would no longer be able to buy their spot on the ballot.

This will without question impact the number of candidates who file for future recall elections. It would be far more expensive to pay for a petition signature drive than it would be to write a $4,200 check.

Whether or not the state adopts consensus RCV for these elections would be up to voters. If AB 2161 is approved by the legislature, a statewide ballot measure would be offered to amend the California Constitution to allow the alternative voting method to be used in recall elections.

It is important to note that this bill only affects recall elections.

AB 2161 was introduced in February and has been referred to the California State Assembly’s Committee on Elections. Its author, Assemblymember Chad Meyes, is an independent representing California’s 42nd district.