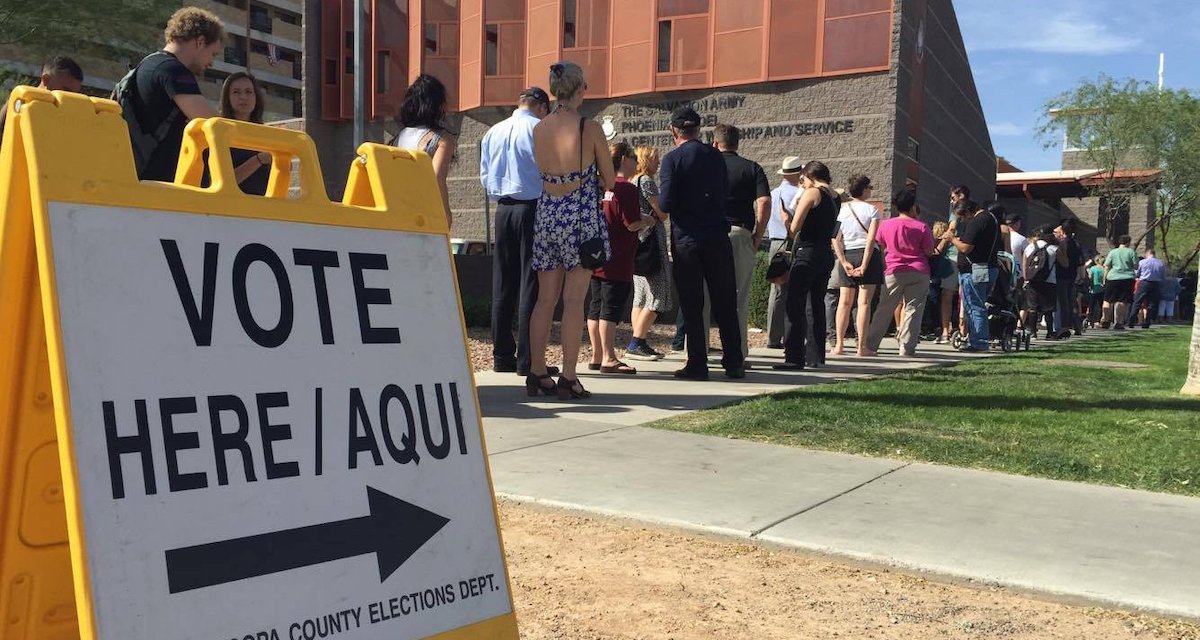 With Labor Day in the rearview mirror, campaigns across the country are ramping up their activities the best they can in the final eight weeks of a pandemic-affected election. This includes several campaigns that look to expand the historic momentum behind nonpartisan election reform.

Open Primaries hosted the National Association of Nonpartisan Reformers’ second Spotlight of the year, which highlighted 9 reform efforts happening right now to ensure all voters have an equal and meaningful vote throughout the entire electoral process -- including primary elections, which are often the most critical stage.

Nearly 200 people tuned into the event, which NANR representatives said was organized to better inform reform practitioners, legislators, and members of the press in attendance of the growing and historic movements for nonpartisan reforms across the country.

Open Primaries President John Opdycke emceed the event along with civil right leader Rev. Darryl Gray, who serves as the chair of the Progressive Caucus of the Missouri Democratic Party (as well as the secretary of the party) and is a former Kansas state senator. Gray was one of the earliest endorsers of Proposition D in St. Louis, Missouri, a referendum that would combine nonpartisan open primaries with approval voting.

“When I was approached with this, like a lot of people, I was a bit hesitant. I grew up in a two-party system -- you're either a Republican or a Democrat or you’re nothing,” said Gray.

“The thing that we found out was there were a lot of people in-between that needed to know that their votes mattered, that their votes counted, and this was an opportunity to really make a difference.”

Gray has been an outspoken advocate for the Black community in St. Louis and for him this is not just a voting rights issue -- it is a civil rights issue. Proposition D is a proposal that he believes will lead to more political power and representation for communities of color.

Opdycke also introduced Dr. Omar Ali, the Dean of Lloyd International Honors College and an award-winning historian of the global African Diaspora. Dr. Ali is also the author of “In the Balance of Power: Independent Black Politics and Third Party Movements in the United States,” which is set to re-release in the Fall.

Ali reported on 4 new academic studies that focus on the relationship of political competition/representation and primary elections and reform. These studies have been covered on IVN, including:

Ali believes that as academics explore the topic more, clearer answers to questions over minority representation, the relationship between closed primaries and voter suppression, and other similar questions that have not been explored much to date will arise.

“There is growing interest in this and now has risen to the surface where political scientists -- even sociological studies are starting to come out about this,” said Ali.

The State of Primary Reform

Nonpartisan primaries are currently used in Washington state, California, and Nebraska legislative elections. If campaigns have widespread success in 2020, it could be the largest expansion of nonpartisan primary reform in a single election cycle in US history:

Ballot referendums in Arkansas and North Dakota also garnered enough signatures to go before voters. However, after facing legal challenges, the referendums were removed from the ballot by the courts -- denying voters an opportunity to weigh in on these reforms themselves.

The campaign in Arkansas is challenging the state Supreme Court’s decision to remove its top-four primary with ranked choice voting in the general election proposal on a technicality involving background checks on canvassers.

The amendment in North Dakota also proposed a top-four primary with ranked choice voting in the general election.

Opdycke has acknowledged that challenges from the “Powers that Be” will continue to be an obstacle nonpartisan reformers have to overcome. As he said in a recent NANR podcast, reformers are “throwing a punch at the bipartisan establishment.” The establishment is going to punch back.

“All of us in this movement need to understand that this is a controversial and hard issue and the political establishment will look for any reason to kick us off the ballot,” said Opdycke. He added that these challenges are only going to get worse.

The campaigns in Florida, St. Louis, and Alaska were able to overcome challenges of their own, including legal challenges from both major political parties and partisan public officials who have a vested interest in preserving a status quo that benefits their interests.

Open Primaries Senior Vice President Jeremy Gruber recognized on the call that litigation has been a weak spot for the reform movement when compared to other movements, from environmental to civil rights.

“First, many states have what is called an anti-donation clause in their state constitution that says you cannot use public money for private purposes. We’re putting together a state claim alleging closed primaries do just that by directing public taxpayer funds for private party elections. And, with the incredible explosion of independent voters that is becoming increasingly against the public interest.”

He further explained that Open Primaries is taking that state claim and coupling it with a federal angle that closed primaries violate voters’ First Amendment rights under the US Constitution -- specifically, that closed primaries are a form of forced association. In order to vote, the state is forcing voters to join one of two private political corporations.

This First Amendment approach is similar to the primary claim in Independent Voter Project’s (IVP) legal strategy laid out in an issue-setting 2014 lawsuit in New Jersey that challenged the closed primary system in that state. That case has been appealed to the United States Supreme Court.

In July 2019, the Independent Voter Project made similar arguments challenging California’s use of semi-closed primaries for presidential elections -- a system that led to mass voter confusion in 2016 and 2020 -- when the state constitution explicitly requires the state to use open primaries.

Gruber says people can expect more from Open Primaries’ own legal strategy in 2021.

A Call to Action

Despite existing challenges and criticisms from those in power, campaign representatives expressed excitement and optimism during the NANR Spotlight about their chances in November, while ongoing and emerging efforts expounded on their own efforts:

Opdycke closed the conversation with a call to action to attendees to think about all the ways they can help the active 2020 campaigns and these ongoing legislative and legal efforts to help grow the movement even further.

“This next two months is a real opportunity to touch, to educate, and to involve hundreds of thousands of Americans on the question of democracy and inclusion,” he concluded.