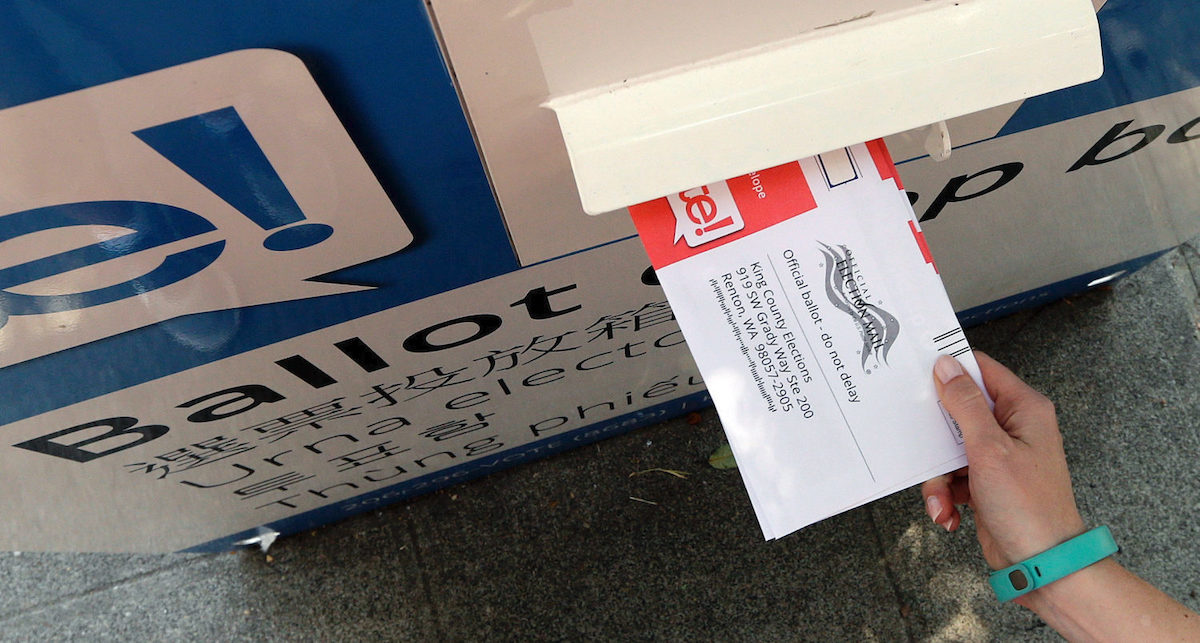 The COVID-19 pandemic has exposed the inadequacies of most elections in the US, specifically when it comes to protecting the right of voters in the midst of a crisis. However, two reforms have taken center stage in the ongoing conversation on how to provide safe and secure elections going forward: vote at home and ranked choice voting.

The National Association of Nonpartisan Reformers (NANR), in partnership with Unite America, hosted a virtual discussion over Zoom on Tuesday, June 8, to spotlight these reforms and what it takes to effectively administer elections in a pandemic.

"The purpose of the spotlight program is to increase the awareness and understanding of nonpartisan efforts to reform and improve our representative democracy by elevating the nonpartisan conversation about reform between reform leaders, journalists, elected officials, and practitioners," said Chad Peace, a NANR Board representative.

"We designed this to focus on the lessons learned and the stories of success from the states that have already had to do this over the past few months, which I think can inform all of our work going forward," he said.

The conversation was moderated by The Fulcrum's David Hawkings, and featured two pre-eminent leaders in the reform space: Amber McReynolds, a former elections administrator in Denver and CEO of Vote at Home, and Rob Richie, CEO of FairVote, which is the nation’s leading advocate group for ranked choice voting (RCV).

“The bottom line is we are doing everything we can to make sure states can implement the expansion that is inevitable,” said McReynolds, speaking on the increase in vote-by-mail going into November and beyond.

“Ranked choice voting is on a roll in an exciting way. Really for 3 years it has been on a string of political and implementation success,” said Richie.

Gardner is in one of the 5 states with an all-mail voting system and is the first elections administrator to run a pilot program for mobile voting, which she says can successfully use RCV and helps people with certain disabilities who can’t vote in-person or use a mailed paper ballot.

Hiatt’s party decided back in September to conduct an all-mail primary with RCV ballots so voters could rank their preferences in a crowded presidential field. Not only did Kansas not have to postpone the Democratic primary, which took place on May 2, but voter turnout more than tripled the 2016 caucus turnout. Kansas was one of 4 states to use ranked choice voting in the presidential primary.

History shows a consistency with ranked choice voting and vote at home: Both reforms encourage and increase voter participation. The 5 states with all-mail voting systems consistently record higher-than-expected turnout, as do the cities that adopt RCV.

How to Mitigate Risks and Voter Confusion in 2020

Many states are seeing changes to absentee and mail-in voting rules ahead of the November election. Participants on the call say while this is a positive direction, it is crucial voters are well educated on their options going into November.

“There is still legislation active in many states,” said McReynolds. “There is also a lot of litigation.”

Every state has its own rules, and the rules for absentee ballot qualification can differ based on a voter's disability claim, age, and other variables. States also have different time windows for sending and receiving absentee and mail-in ballots.

The courts have also intervened and ordered some states to ensure all voters have an opportunity to vote by mail in November. However, in states like Texas, advocates of vote-by-mail expansion have encountered greater pushback.

“The reality is we have to figure this out quickly,” said McReynolds.

She said her organization has assembled a reference guide for voters -- “a myth-buster type document.” She added that Vote at Home is also creating a communications tool kit to help administrators, reform advocates, and the press effectively discuss vote-by-mail options.

“It is important to be very transparent,” she said.

Gardner agreed. She said she takes “every citizen and every legislator” she can walk through her county’s ballot center.

Making sure the process is transparent to policymakers, members of the press, and voters is not only key to ensure people are properly educated, but it helps dispel misinformation about fraud and abuses in a vote-by-mail system thus boosting trust in the process.

There are concerns about the potential risks associated with vote-by-mail -- implementation issues, ballot harvesting, coercion, etc. Yet the participants in the NANR discussion pointed to recent primaries as proof that even new implementation can work without too many issues.

Gardner and McReynolds added that voters face potential risks under systems that make it difficult to request absentee ballots and require in-person voting -- handicaps that make it impossible to vote in-person, limited access to voting locations, uncontrollable natural disasters, and now a pandemic that threatens the health of voters.

“Elections are about mitigating risks,” said McReynolds. “In a lot of ways, mailing a ballot mitigates the risks associated with in-person voting.”

Gardner, though, went a step further to say that online and mobile voting pilot programs should continue and expand nationwide to guarantee disabled voters who would have problems with both an in-person ballot and a mail-in ballot are not denied their right to vote. She said she has seen the success of these pilot programs with her own mobile voting system, and added that even with mobile voting, there is a paper trail to mitigate risks.

Looking Ahead to November

Voters can expect to hear a lot more about vote-by-mail and ranked choice voting (RCV) ahead of the general election.

Richie explained that for the first time in US history RCV could be used in a presidential general election in Maine and will more than likely decide the US Senate race in the state -- affecting the power dynamic on Capitol Hill.

Ranked choice voting is also likely to be on the ballot in two states. It is guaranteed to be on the Alaska ballot as part of a comprehensive better government amendment and appears to have a clear path to the ballot in Massachusetts.

Meanwhile, due to the increased use of absentee ballots, all participants on the call expected a substantially higher than expected turnout in the presidential election and races up and down the ballot in many states.

Stay tuned for further developments on these reforms, updates from NANR, and more.