Up Next
...
Michael Douglas: America's Political System Has Been Hijacked
Read More 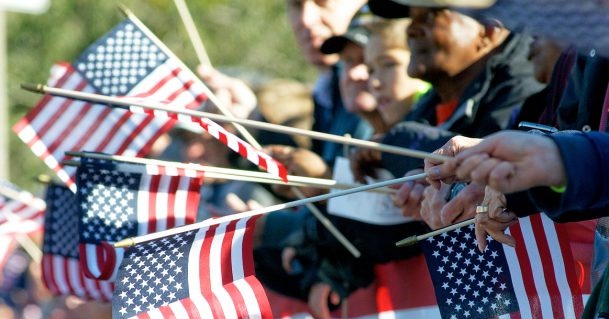 Is Our Country Heading in the Right Direction?

A new survey by the Independent Voter Project (IVP) asked people if they believe our country was heading in the right or wrong direction and what they believe is the biggest problem in politics today. After garnering over 1,000 responses, here is what IVP found:

It is no secret that the US political environment is toxic right now, and as the country jumps from one election cycle to the other, it seems the ever-increasing partisan rhetoric never ends and is only getting worse.

Voters, meanwhile, at every level are told to pick between two sides -- or stay out of the process.

Major media outlets have long established their allegiance to one team or another -- red or blue -- and routinely cherry pick facts to fit neatly into a narrative that confirms the bias of "their team."

It is no wonder that slightly over a third (34%) of IVP’s survey respondents believe “media bias” is the thing most broken about our political process.

It is nearly impossible in this day and age for anyone to navigate a media environment that constantly presents people with two separate realities to the same story. And again, voters are expected to choose -- Reality A or Reality B, thus perpetuating the narrative that America is divided between the two sides.

A plurality of voters, however, consistently choose not to affiliate with one major party or the other, and are choosing to register outside the party apparatus. Most voters believe that neither party represents them nor do they put the needs of the country before partisan interests. Most voters want more choice and more competition in elections.

So why are things only getting worse? To answer this question, one must consider how our politicians are elected.

IVP believes that democracy functions best when the most people participate, and have an opportunity to participate in an equal and meaningful way, regardless of who they are or what private parties they choose to affiliate (or not affiliate) with.

How is this possible when most states have a primary system that gives an exclusive advantage to the Republican and Democratic Parties and their members? From the very beginning, voters are told to pick a side or don’t vote, resulting in taxpayer-funded elections where politicians campaign to shrinking, more ideologically-hardened bases.

How is it possible for the most voters to participate meaningfully when the voting system they use forces them to vote strategically or for the “lesser evil” -- voting against a candidate rather than for the candidate of their choice? How is that meaningful participation?

How is it possible when many voters feel special interests and big money have a tight grip on our elections? Or, feel that there is no point in participating because the party or incumbent in power is always going to win.

These are concerns many voters have with the process -- a process in dire need of broad systemic reform. So, IVP asked survey takers: if they could make one reform law tomorrow, what would it be?

The most popular reform by a wide margin was term limits -- limiting the amount of time politicians can serve in office, followed by campaign finance reform, redistricting, ranked choice voting, and then primary election reform.

The support for term limits makes sense as it consistently stands out as a reform supported by over 80% of voters in other surveys. Yet, deeper electoral reforms -- changing exactly how politicians are elected -- are building momentum as well.

Ranked Choice Voting (RCV), for example, is becoming increasingly popular as an alternative voting method, most recently passing in New York City and in Maine. Five states in 2018 passed redistricting reform (4 at the ballot box), and most by an overwhelming majority of support.

Cities across the country are taking deeper consideration on how campaigns are funded, and there is a greater push in many states, including battlegrounds like Florida, for primary reform that would open the process to independent voters.

The challenge that remains for reformers is getting deeper, systemic reform into the mainstream conversation. RCV, for example, has raised its public profile after big wins in NYC and Maine. However, voters still remain largely uneducated on the benefits of alternative voting methods.

It is clear, though, that voters are ready to back reform. The 2018 midterm was the biggest year in political reform in half a century, and campaigns are building momentum going into the 2020 election.

Where do you stand on reforming the nation’s politics? Take our survey below: