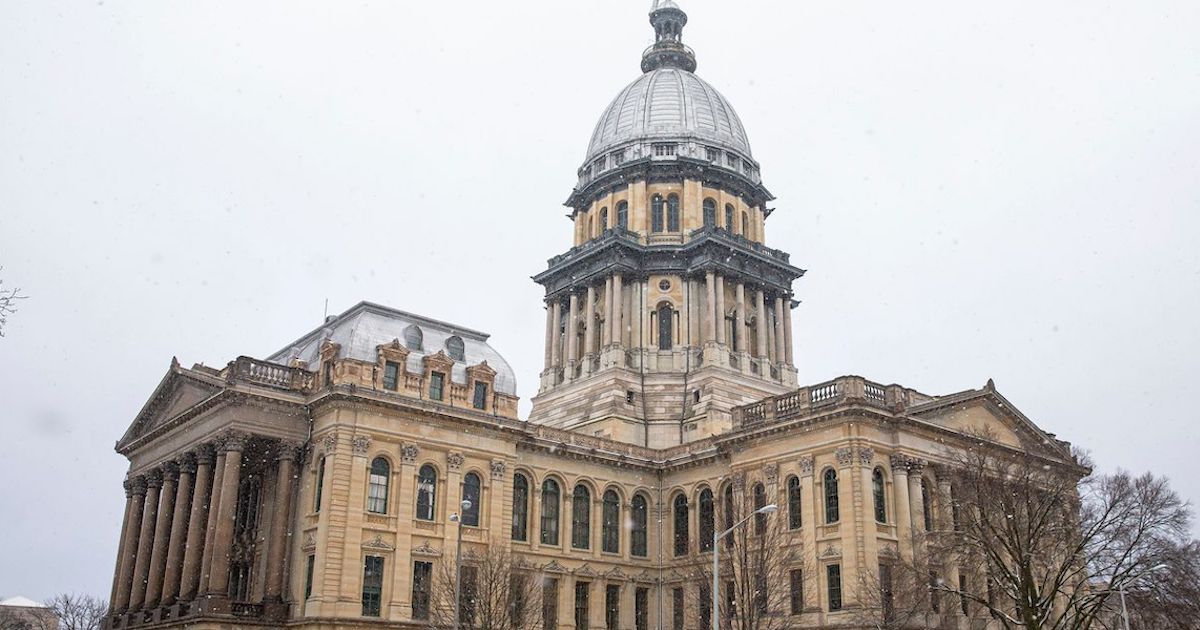 The Illinois Legislature didn’t waste any time ramming new state House and Senate maps through the legislative process Tuesday, despite criticism and pleas from community organizations for a more thorough and transparent process.

State lawmakers revealed new maps Monday. However, it was determined that they violated the “one person, one vote” principle. Revised maps were offered the next day, and then approved hours later.

Democratic leaders in the legislature argue that the maps accurately reflect the Census data that was released in August. Republicans and critics, however, call the maps a “sham,” and accuse the Democratic majority of putting partisanship ahead of better representation.

The redistricting process has been heavily criticized. Lawmakers rushed multiple hearings over six days ahead of the original map reveal on Monday. Then, after introducing revised maps on Tuesday that were drawn behind closed doors, legislative leaders held a single hearing half an hour later.

Witnesses who testified at Tuesday’s hearing urged legislators to give the public time to weigh in on the maps before a vote was taken. The public, however, was not given that opportunity. Now, maps that critics say do not honor the diversity of Illinois’ population, are headed to Governor J. B. Pritzker’s desk.

“Drawing district maps in locked back rooms yet again, Illinois lawmakers underscored their utter disregard for the will of the people and for the bedrock democratic principles of open government by and for the people,” said CHANGE Illinois Executive Director Madeleine Doubek.

“Gov. Pritzker said he wanted maps that reflect the state’s rich diversity. These maps fall far short of that request and should be rejected by him. Failing that, we hope the courts will force the correction of lawmakers’ callous political mapping calculations.”

CHANGE Illinois is a nonpartisan nonprofit that focuses on fair maps in Illinois. In a press release, the group pointed out that the legislative maps reduce the number of districts with majority Black and majority Latino voting populations. Aviva Miriam Patt from the Decalogue Society of Lawyers also noted in testimony that the revised maps split up Jewish communities in Chicago and its northern suburbs and cracked Black-majority suburbs south of the city.

“Twice in a matter of months, Illinoisans have seen their overwhelming pleas for independent and transparent mapmaking utterly ignored by those elected to represent them,” said Doubek. “Their maps make a farce of democracy and their mapmaking process was a charade. Illinois lawmakers have effectively demonstrated the clear and compelling need to end gerrymandering once and for all.”

Other organizations that called for greater accountability and transparency in the redistricting process included the Decalogue Society of Lawyers, Latino Policy Forum, Common Cause Illinois, Illinois Muslim Civic Coalition, the United Congress of Community and Religious Organizations, Chicago Lawyers’ Committee for Civil Rights, and many more.

If signed by Gov. Pritzker, the new maps will be used for the next decade. The legislature has not introduced new congressional maps. However, it is expected to be an equally partisan process.