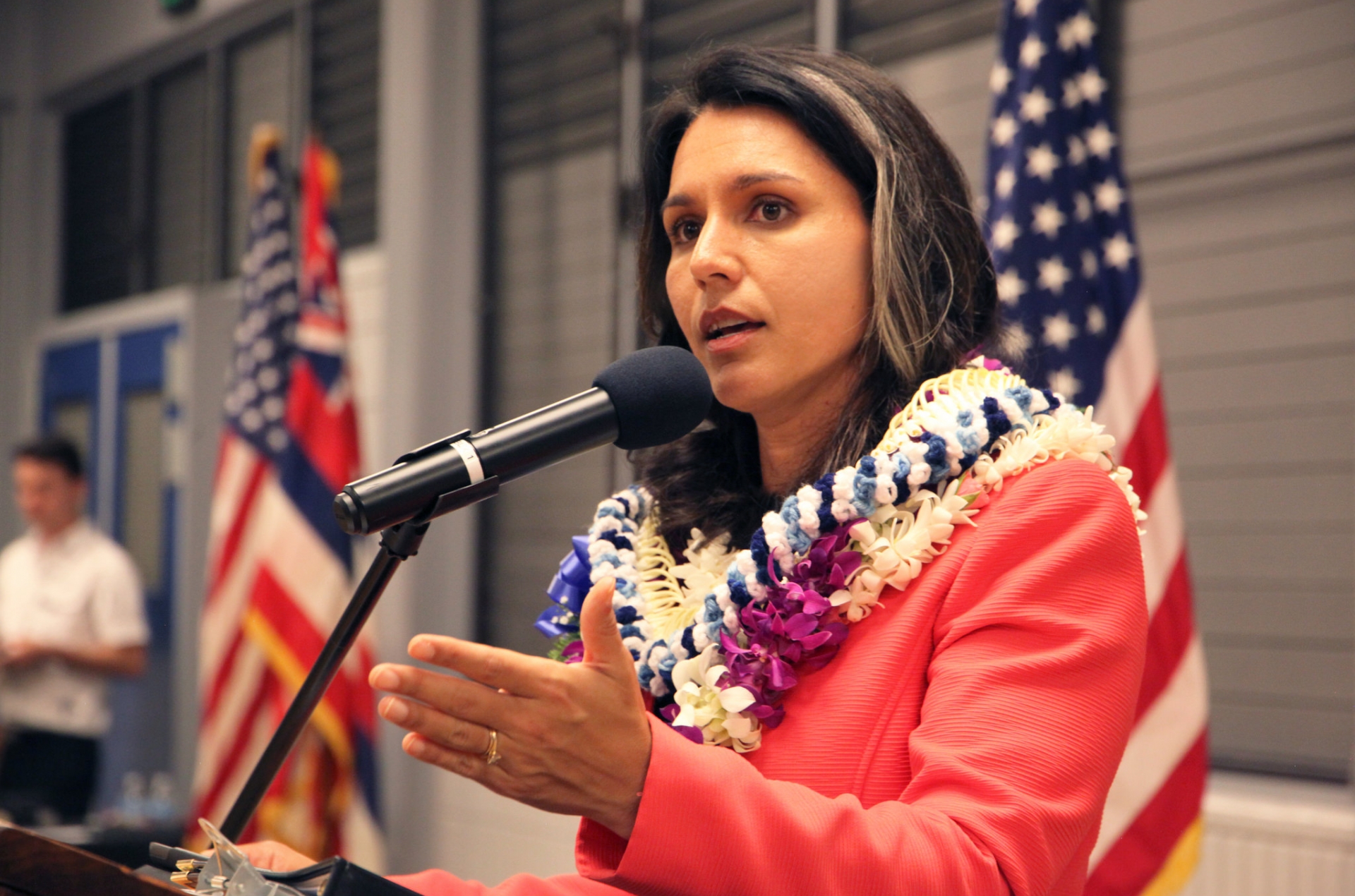 In what’s quickly becoming a crowded field for president in 2020, the partisan media has already begun to dismiss all but a few presidential hopefuls both explicitly and implicitly. Whether it’s by excluding their names from national polls, declaring the candidacy dead on arrival, or simply spreading misinformation, it’s no accident that the path to 2020 is doubly hard for candidates who don’t parrot approved partisan talking points. There is one anti-establishment candidate, however, who might be immune to the two-party playbook of presidential politics: Tulsi Gabbard.

A congresswoman from Hawaii, Gabbard has an altogether unique resume that has the potential to stand up against the arsenal of weapons at the partisan media’s disposal.

1. She served her country in the armed forces

2. She challenges her own party

Gabbard was launched into the national conversation in 2016 when she resigned from the DNC in protest and criticized the party’s anti-democratic policies. The move marked her clearly outside the norm in terms of party politics, but it also won her widespread notoriety as someone who’s willing to challenge political orthodoxy.

Since then she’s doubled down on opposing exclusionary election policies like closed primaries and superdelegates. As more and more voters flee both parties, Gabbard’s distinct style of anti-establishment politics becomes increasingly attractive in terms of growing a national following.

Partisan pundits would point to Gabbard’s foreign policy stance as one of her key vulnerabilities, but they would ignore the majority of Americans who disapprove of interventionist foreign policies. A study commissioned by the Committee for Responsible Foreign Policy last year found 57 percent of voters surveyed felt that U.S. military aid provided to foreign countries was counterproductive to the goal of protecting American interests and safety.

Moreover, Republicans, Democrats and independents were largely supportive of legislation that would restrain the use of military force overseas. On this issue, it would seem, Gabbard is firmly in line with the majority of voters.

4. She can admit to her mistakes

Gabbard’s unique brand of Aloha politics enables her to admit her mistakes, which no politician is immune from. It didn’t take long for her statements on gay marriage and association with her father’s organization, the Alliance for Traditional Marriage, from the early 2000’s to surface.

Her response, however, was swift, heartfelt and backed by a well-documented record of supporting LGBTQ rights in Congress.

As the 2020 campaign heats up, Gabbard is sure to face a steady flow of attacks from the partisan press, which would surely sink any other candidacy. Yet, her record of civil service and rare blend of America-first policies along side support for greater electoral enfranchisement could generate a lasting coalition of support that buoys her above a crowded primary field.