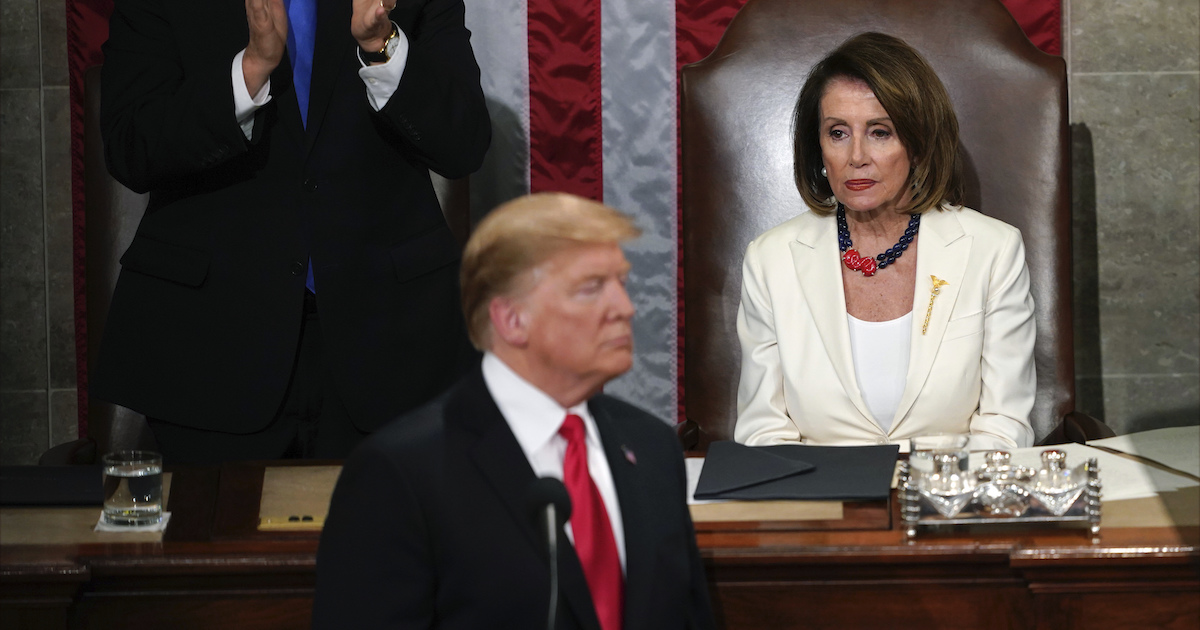 The Most Partisan Impeachment In History

The US House voted Wednesday to impeach President Donald J. Trump on charges of “Abuse of Power” and “Obstruction of Congress.” The vote was the most partisan result of any impeachment vote in the history of the United States.

Two presidents have been impeached before Donald Trump.

President Bill Clinton was impeached in 1998 by the House for giving false statements under oath, and acquitted by the Senate.

President Andrew Johnson was impeached in 1868 for directly defying an act of Congress by dismissing the Secretary of War and replacing him with his own appointment in violation of the Tenure of Office Act.

President Richard Nixon resigned from office in 1974 before he could be impeached.

In all three of these cases -- two House impeachments and one looming inevitable impeachment ending in resignation -- the party composition of the votes strongly suggests impeachment proceedings fueled more by legal considerations than partisan animus.

When Bill Clinton was impeached, at least five members of his own party could be persuaded that the charges against him merited impeachment for perjury to a grand jury and obstruction of justice

That’s still mostly party-line, which is to be expected, but getting at least a handful of Democrats to vote for impeachment confers some degree of credibility to the impeachment.

When the House Judiciary Committee took up articles of impeachment against Richard Nixon for the Watergate Scandal, the committee votes were substantially bipartisan. Out of 17 Republicans on the committee, six voted “Yes” on “Obstruction of Justice,” and seven voted “Yes” on “Abuse of Power.” The merits of the case against Nixon overwhelmed partisan considerations enough for a substantial margin of his own party to vote to impeach him.

Even President Andrew Johnson, who succeeded President Abraham Lincoln upon his assassination after the Civil War, got a more bipartisan approach from Congress.

Everyone felt they had to pick a side and polarize to it in 2019. By the time the Senate tried Johnson, seven members of the opposite party voted “Not Guilty.”

By contrast, Donald Trump has faced an impeachment vote without even a single Republican vote against him for a fig leaf of bipartisanship in the matter.

One could quibble that Justin Amash, an independent from Michigan might be that fig leaf, because he was a Republican for most of his career in Congress until quitting the GOP this summer to support impeachment.

Two Democrats even voted against impeaching Donald Trump Wednesday, and one Democrat, Tulsi Gabbard of Hawaii, who is running for president, abstained by voting “present.” In committee, no Republicans voted to impeach Donald Trump.

This demolishes the pretense of legal concerns, rule of law, and the Constitution, which Democrats insisted upon so fervently, so sanctimoniously, with such pretty words, that it calls to mind the Shakespeare quote, “The lady doth protest too much, methinks.”

The overt partisanship of the impeachment of Donald Trump has led NPR to trace “the roots of a partisan impeachment.” NPR’s take:

“American politics has arrived at a remarkable place. The country and its leaders are growing more partisan, fewer people are persuadable in elections, and Republicans and Democrats view each other with an increasingly nastier edge.”

Maybe that’s why something as improbable as Donald Trump becoming president happened in the first place back in 2016. Independents swept Trump to victory in three crucial swing states in 2016.

Maybe they were so sick of this nasty partisanship that they voted for the guy who disrupted the establishment in both major political parties on his path to the White House.