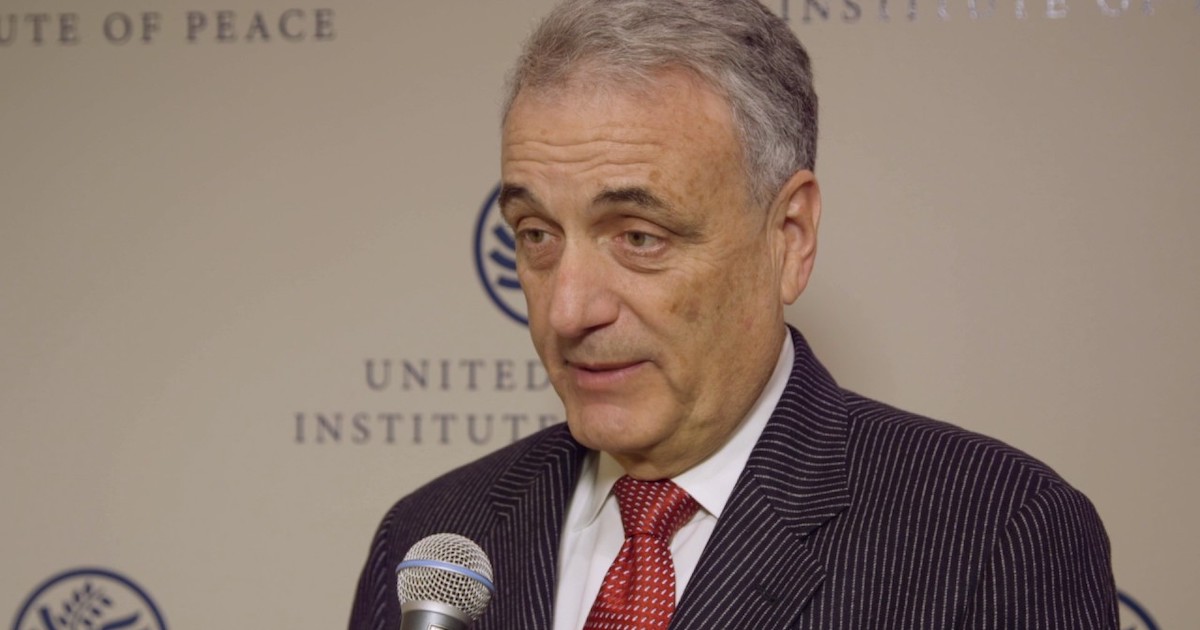 There are few people that help steer the course of history. Dr. Peter Ackerman was one of them.

Peter, who has been the driving force behind some of the most powerful efforts to unrig the two-party “duopoly,” passed away peacefully in his home on April 26, 2022.

Among Peter’s greatest achievements was the successful passage of ranked choice voting in Maine -- a clear victory against the state’s partisan and adversarial legislature -- just one tangible achievement in a lifetime of fighting some of the largest, loneliest, and most expensive battles against the two-party establishment.

Dr. Ackerman was a successful businessman who worked in investment banking and founded several companies. What was important to him, however, was not wealth accumulation, but challenging systems that oppressed or marginalized their people.

Ackerman earned his PhD from Tufts University where he studied under Gene Sharp. He would later help fund the Albert Einstein Institution founded by Sharp, which advised pro-democracy activists on non-violent ways to topple dictators. He was also the founding chair of the International Center on Nonviolent Conflict.

He co-authored books, produced documentaries, advised protesters around the world, and published studies on the power people had to overcome oppressive regimes. He then turned his attention to the American political system and the rules that rigged the process in favor of the dominant two major parties.

Ackerman initially focused on adding more viable options in US elections than Republicans and Democrats. In 2008, he sat on the board of Unity08, an organization created to help fund third party candidates in that election cycle.

Then, Ackerman decided to take an innovative approach to presidential primaries through the incorporation of Americans Elect in 2010. It was the first-of-its-kind initiative to stage a national online primary open to all voters across the US to select a candidate that would run in the 2012 presidential election under the Americans Elect banner.

Despite being new to the political space, the organization obtained ballot access in 29 states, highlighting the broad dissatisfaction with the two major parties, and it helped lay the foundation on which additional efforts to increase competition in US elections would form.

Ackerman, along with others involved in Americans Elect, formed Level The Playing Field. He worked with high-profile attorney Alexandra Shapiro in 2015 to bring a lawsuit that challenged the exclusionary rules that protected the two parties from competition in the presidential debates.

The lawsuit was filed against the FEC alleging that it acted  “arbitrarily, capriciously, and contrary” to law when it ignored administrative complaints that the debate commission was in clear violation of federal statutes requiring “objective” and nonpartisan rules for the presidential debates and candidate inclusion..

A federal judge initially agreed with the plaintiffs and in February 2017 ordered the FEC to consider the administrative complaints laid out by the plaintiffs. It marked the first successful challenge to the debate rules.

At the same time, Ackerman also helped Maine become the first state in the nation to adopt the use of ranked choice voting at the state level. Peter’s closest confidant, Cara Brown McCormick, worked alongside campaign manager Kyle Bailey and others to put the alternative voting method on the state ballot in 2016. The ballot measure succeeded despite opposition from public officials like former Gov. Paul LePage, who benefited greatly from choose-one, plurality voting.

Even when the Maine Legislature defied the will of its citizens and set the ranked choice voting law up for repeal, the trio’s Committee for Ranked Choice Voting mobilized the support needed to ensure RCV became the respected law of the land in 2018. In fact, approximately 50,000 more people voted to save RCV than voted for a gubernatorial candidate in that year’s primary election.

What has followed is an explosion of support for systemic nonpartisan election reform that has accelerated across the nation.

Peter is a hero and mentor to many, especially myself, and it has yet to be seen how many successes for nonpartisan reform will come about. Without Peter. Because of Peter.