Up Next
...
Sanders Criticizes California for Denying Independent Voters the Right to Vote
Read More 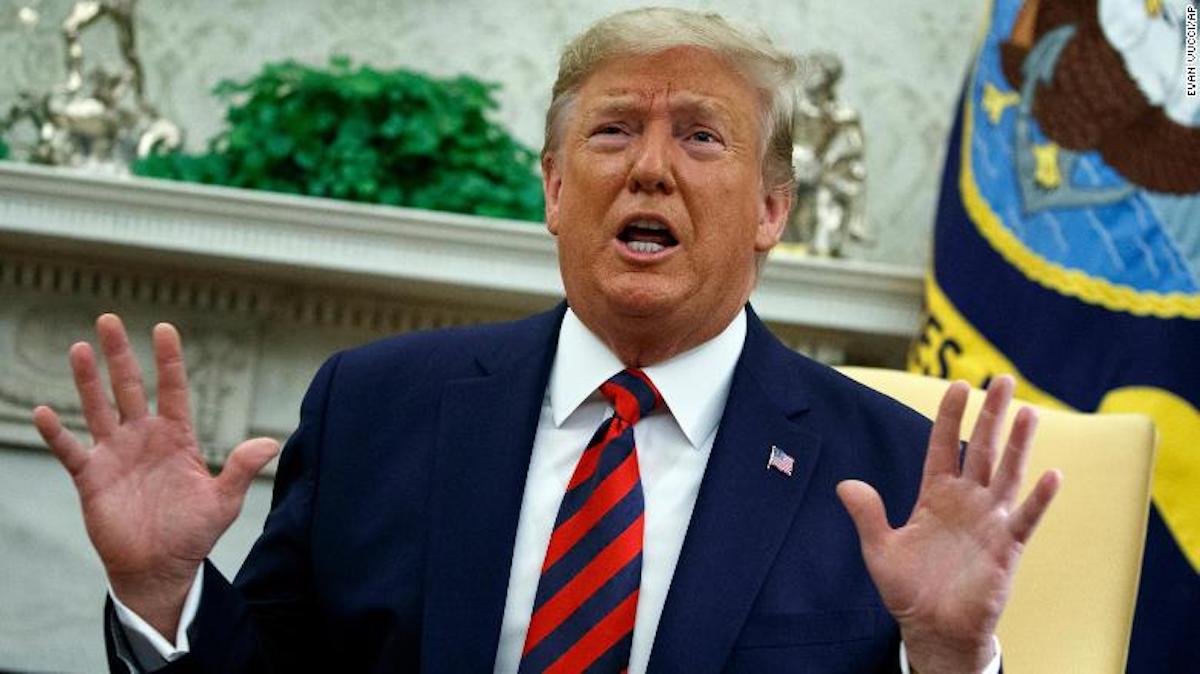 Impeachment headlines have dominated the news cycle for much of Donald Trump’s presidency. The relentless clamor for impeachment, along with the lack of anything substantial so far for Democrats to hang their hat on as an impeachable offense, smacks of partisan fervor and political gamesmanship, rather than serious and enlightened statecraft.

The loudest voices for impeachment appear to have their end in mind ahead of any facts that might turn up impeachable offenses, and they’ve spent President Trump’s first term scouring for the facts to shoe-horn in to their predetermined agenda.

And so the impeachment wing of the Democratic Party appears to be all too eagerly weaponizing the impeachment powers in the Constitution as a means for waging partisan warfare against the president of the opposing party, rather than turning to it as a necessary contingency and end in itself in the face of an unequivocally impeachable offense.

This approach is unfortunately short-sighted and doesn’t hold the best interests of the voters and their democratic form of government in mind. Here are four reasons voter reform is a far better, and more permanent solution to the problems the most earnest Democrats are hoping to solve by impeaching Donald Trump.

Impeachment proceedings that are anything but firmly situated on a solid and irreproachable theory of impeachment, based on an unquestionable record of clear wrongdoing on the part of US officials elected to high office, undermine the constitutional prerogative of voters to self-government via the more-or-less orderly electoral processes of our democracy. Impeachment is a first step toward removal from office. If there’s any doubt about legitimacy of the charges against a sitting president, it’s more democratic to let voters remove them from office.

If the Democrats were somehow able to muster an impeachment of President Donald Trump, take control of the Senate in 2020, try him, and remove him from office, that would be an enormous exhaustion of political capital and resources for a one-time fix of a one-time problem. Voter reforms like non-partisan primaries and alternative ballot methods create lasting changes that better qualify candidates for elected office over and over again in every future election.

But don’t forget that impeachment proceedings create permanent changes too. The way Democrats have used impeachment as a way to stonewall a Republican president nearly as soon as he took the oath of office, may set a precedent. As a columnist recently wrote at The Hill, the “Trump impeachment efforts will haunt the next Democrat in the White House.” He points out we have transitioned since 2016 from the already oft-bemoaned perpetual election season, to the perpetual impeachment season. Fighting off never-ending impeachment pushes could now become par for the course for every sitting president. If that happens, it will increase the two-party system’s gridlock, hyper-polarized partisanship, and stranglehold over Washington politics.

4. Voter Reform Is Realistic and Practical

It is unlikely that impeachment will go anywhere. When Bill Clinton was impeached by the Republican House, he was exonerated by the Senate with a comfortable margin of Republican support. Mitch McConnell has already vowed to block impeachment in the upper chamber. Recent polls show most Americans think Donald Trump will be impeached by the House and win reelection in 2020. The Democrats pushing for impeachment have been spinning their wheels for going on four years. But election reform is achievable and creates practical solutions that voters of all stripes can support. In fact 2018 was a landmark year for voter reform. Ranked choice voting, alternative voting methods, and anti-gerrymandering measures passed in states and cities all over the country.