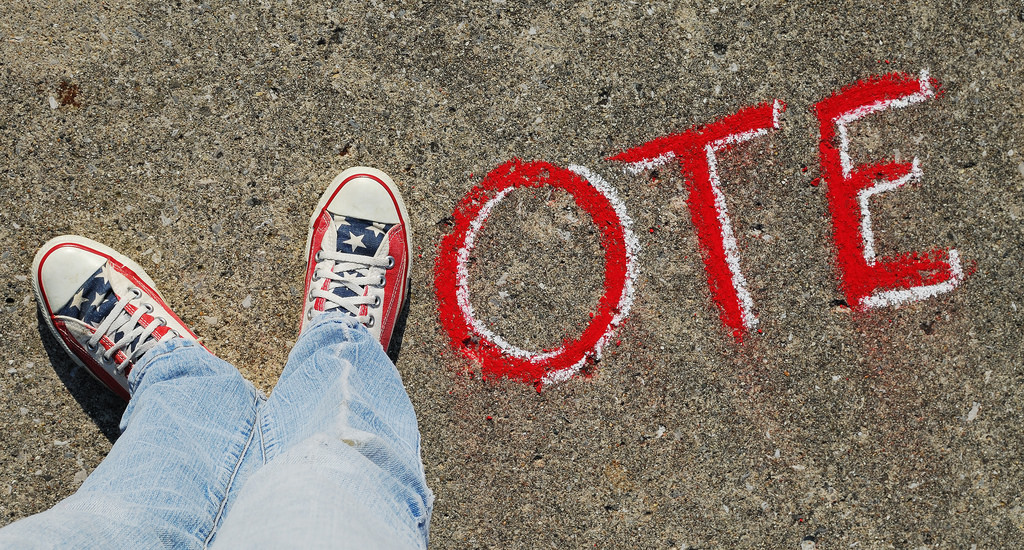 What is Electoral Reform?

What is Election Reform?

Electoral reform includes any reforms to the electoral and political systems that make lawmakers more accountable to the people who elect them. The purpose of election reform is to improve voter opportunities and create better choices at the ballot box, giving better representation to everyone.

Presently, there are “hot” issues that lead people to subscribe to one party or the other, offering little flexibility with respect to other issues, policies, and stances.

A real choice is not being forced into choosing between the “lesser of two evils,” but rather, having a candidate that fairly represents the majority.

Before getting into election reform, let’s take a look at the current system that is most widely used and how this system fails to serve the democratic purpose.

Partisan primaries select nominees to represent their party, not the people of that state, at the general election.

In a partisan primary, voters and candidates participate using different ballots for each party, subject to the access requirements generalized below:

The effects of partisan elections go beyond the polls. Tactics to skew elections to “one side” or the other have a long-standing history in our political culture, so much so that they are considered “the way things are.”

Since the early 1800s, gerrymandering, for example, has been utilized by both parties to manipulate district boundaries unfairly to their benefit.

Gerrymandering involves packing voters into districts based on their party affiliation so that a district is “safe” for one party or the other. It has the effect of reducing electoral competition during the general election and moving the important competitive stage of the election to the major party’s primary.

Malapportionment is another tactic used by both parties that have historically disadvantaged heavily populated urban areas, like Los Angeles County, California, prior to being ruled unconstitutional by the United States Supreme Court in Reynolds v. Sims.

Malapportionment involved putting more voters in one district than another, based on their party affiliation, and had the effect of reducing competition of all elections.

Both gerrymandering and malapportionment are ways to make elections more party-centric by reducing the influence of independent and minor party voters.

Partisan control has proliferated our society and media to the point that our interests and concerns are set for us by these private parties. The media feeds off of partisanship and oftentimes skews visibility of candidates to those who echo classical party themes.

For example, a Democrat who doesn’t follow the party-line is far less likely to be heard, let alone win the election. This is because that candidate is less likely to receive party support, including funding, endorsements, member communications, and a variety of services the party helps facilitate from data acquisition to press relations.

As a result of our party-centric system, voters are largely forced to choose between the “viable” candidates, often referred to as the “lesser of two evils.”

Changing this system is hard because legislators are elected under the rules that exist, so are largely reluctant to change it. Therefore, election reform requires an expensive initiative process (if the state even has one).

Although rare, significant nonpartisan election reforms have passed in a few states like Washington State, California, and Maine.

Election reform includes multiple approaches to changing the current election system. Nonpartisan primaries operate as one election, where all voters and candidates participate on a single ballot.

The purpose of these systems is for all voters, regardless of party affiliation or non-affiliation, to narrow the candidate field, rather than to select a nominee of a political party.

Here are a few different types of nonpartisan primary systems:

Alternative election reforms take more of a nonpartisan approach to elections by giving voters more choice at the ballot box. This has the effect of reducing the “spoiler” effect, whereby a voter is discouraged from voting for a third party candidate because the vote might be “wasted” because of the dominance of the two major-party candidates.


Does your voice count in your state’s current system? Find out using the Independent Voter Project state-by-state primary map.

Read more in-depth about the different types of elections here and the legal analysis of how they work here.

Who Benefits From Election Reform?

As a consequence of two-party centric politics, our society has become accustomed to a political mentality that assumes only two choices or ways of thought -- which are set by the major party agendas.

The varied spectrum of ideologies that actually do exist --among voters, candidates, etc.-- get largely dismissed as “fringe” or “unimportant.”

Election reformers like the National Association for Nonpartisan Reformers argue that the purpose of elections should be to increase competition at the ballot box by giving voters, regardless of party, more choice and full access to the ballot box at every stage of the election, including the primary.

Real election reform is not about the competition between Republicans and Democrats; it is about making all parties and candidates compete for the approval of ALL voters.

True election reform is about respecting the right of every citizen to vote for the candidate of their choice, regardless of the voter or candidate’s party affiliation.

The current two-party system, along with its traditional partisan primaries, restricts competition and ideas by elevating the importance of the Republican and Democratic primary elections so that voters who affiliate with one of the two major parties have a much larger voice in determining the viable candidates that appear on a general election ballot.

Today, almost 50% of voters self-identify as independent of either of the two parties, yet the vast majority of states make the first stage of the taxpayer-funded election process one that only serves the two major parties.

So, the first questions we should ask when discussing election reform is this: Who do elections serve? Voters or political parties?

The answer under a partisan-based system is: parties.

Under a partisan-based system, voters who join a political party get a “primary” opportunity to determine the viable candidates that everyone else gets to choose from in the general election. Candidates who win the primary are, almost exclusively, the candidates that get the attention from the press, funding from donors, and therefore, viability in the eyes of the electorate.

If elections are meant to serve all voters --not just Republicans or Democrats voters-- election reformers argue that election laws should treat every voter the same at every single stage of the election process, especially the first “primary election” stage.

Supporters of partisan-based systems believe political parties are the building blocks of a healthy democracy.

Under a nonpartisan primary system, the answer is: voters.

Under a nonpartisan primary, the party affiliation of candidates and voters doesn't matter with respect to the rules that govern ballot access or the right to participate.

In other words, a nonpartisan election treats every voter and candidate equally, period.

Supporters of nonpartisan-based systems believe that citizens are the building blocks of a healthy democracy.

Do you think elections serve parties instead of voters? Watch!

Do you or your organization want to get more involved in electoral reform? Visit!