Up Next
...
How To Save Our Republic Through Nonpartisan Political Innovation
Read More 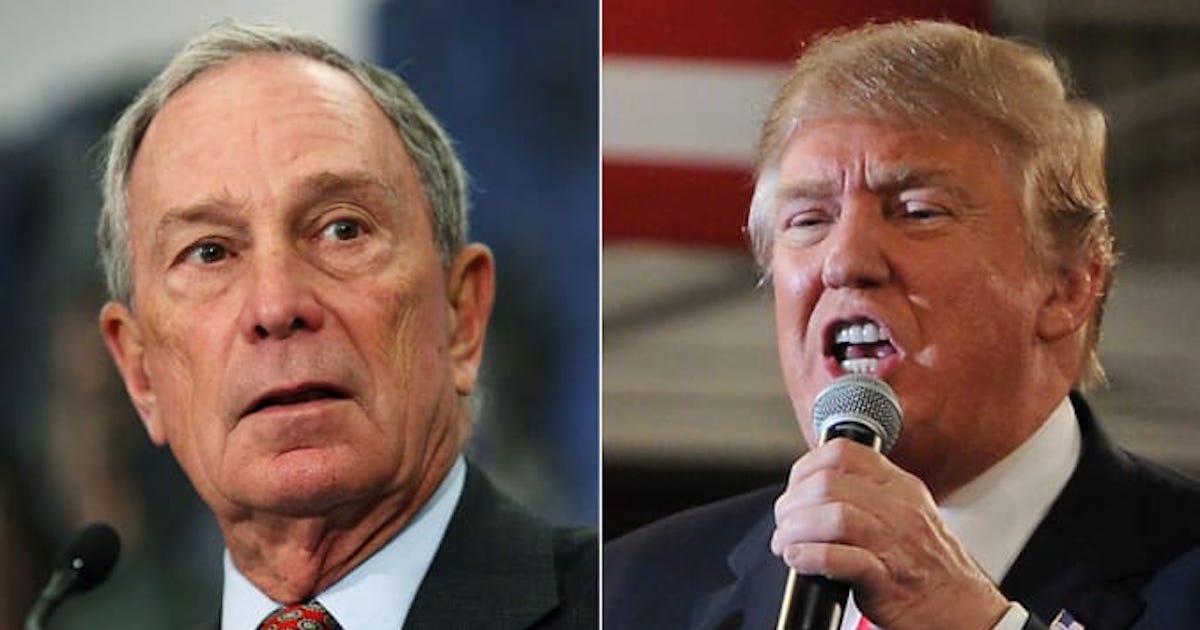 OPINION: Bloomberg vs. Trump 2020 Is So Coke and Pepsi

Mayor Michael Bloomberg’s entry into the 2020 race for the Democratic presidential nomination could add a jolt to a field of candidates that has so far failed to inspire much enthusiasm.

While Joe Biden remains popular with Democrats after serving as Vice President under Obama, both his political record as a Senator and his personality might be too creaky for the Democratic Party of today. One can imagine Donald Trump running him over with the same “low energy” taunt that leveled Jeb Bush in 2016.

Sens. Bernie Sanders and Elizabeth Warren have inspired the more radical progressive wing of their party, but risk alienating moderate voters in a general election against Trump. Earlier this year a group of Wall Street Democrats even told CNBC they would back Trump or sit out the election if Elizabeth Warren won their party’s nomination.

Sensing an opportunity in the weak field, former New York City Mayor Michael Bloomberg is all in on a bid for the White House in 2020. But should the Democratic Party nominate him, voters will be faced with a choice essentially no different than choosing between Coke and Pepsi.

Sure they’re a little bit different. But they’re basically the same. They’re both cola flavored carbonated soft drinks. In a blind taste test you might not even know which one is which without the brand indicators on the can to tell you. Even die-hard Coca Cola drinkers will have a Pepsi when they sit down to dine, ask for a Coke, and the waiter asks, “Is Pepsi okay?”

In fact, researchers haven’t been able to clearly determine which soft drink consumers like better in blind taste tests. These experiments have yielded mixed results. I’ve pointed out for years that the Republican and Democratic Party, despite their constant, vicious bickering, are the same as Coke and Pepsi. They offer the illusion of choice between two alternatives that are impossible to distinguish from each other on the basis of their actual policies.

As the Washington Post reported in August 2018 in, “People don’t vote for what they want. They vote for who they are,” the Post strongly suggests that voters don’t even care to make the attempt to distinguish between the actual policies of the two parties. The report shows just how true it is that the two major political parties are corporate brands that attract members and votes based on what the brand signals to others about the identity of the voter, the same way consumers buy fashion apparel or cars, even though in the end, you’re not getting anything substantively different between a Subaru or a Toyota.

Donald Trump’s administration has been very cozy with Wall Street, going back on his harsh words for big banks on the campaign trail. Michael Bloomberg made his incomprehensibly vast fortune on Wall Street, and would no doubt serve his industry’s special interests as president. Maybe Democrats don’t need to go as far as nominating Elizabeth Warren or Bernie Sanders to rein in big finance’s worst excesses, and appeal to exasperated voters on main street (who haven’t forgotten the financial crisis, or the big bailouts for corrupt banks), but with Bloomberg, they’d be nominating someone who’s not going to be substantively different from Trump.

As far as foreign policy goes, Michael Bloomberg would differ from Trump on tariffs and trade policy to be sure, but he would chart the same relatively non-interventionist foreign policy that has raised the hackles of the Democratic Party and US foreign policy establishment under Trump. And at home, Bloomberg might be a gentler White House executive than he was in New York City, but Donald Trump has been a big supporter of Stop and Frisk, and Mayor Michael Bloomberg was the one who unleashed the controversial, racially fraught police policy.

So continue to enjoy the illusion of choice, fellow voters. It’s so nice to feel like you have options-- even when they are pretty much the same thing-- that Coke and Pepsi have to spend billions of dollars a year on advertising to persuade consumers that they’re different. Wouldn’t it be something else entirely if either of the two major parties nominated someone who would seriously break up the status quo in Washington, but by appealing to our most commonly shared and long-cherished values as a nation, not by radically toppling the system? Someone who could actually get elected, and who would actually bring reform if elected?