The Extra Point
Up Next
...
The League of Women Voters is in a League of Its Own
Read More 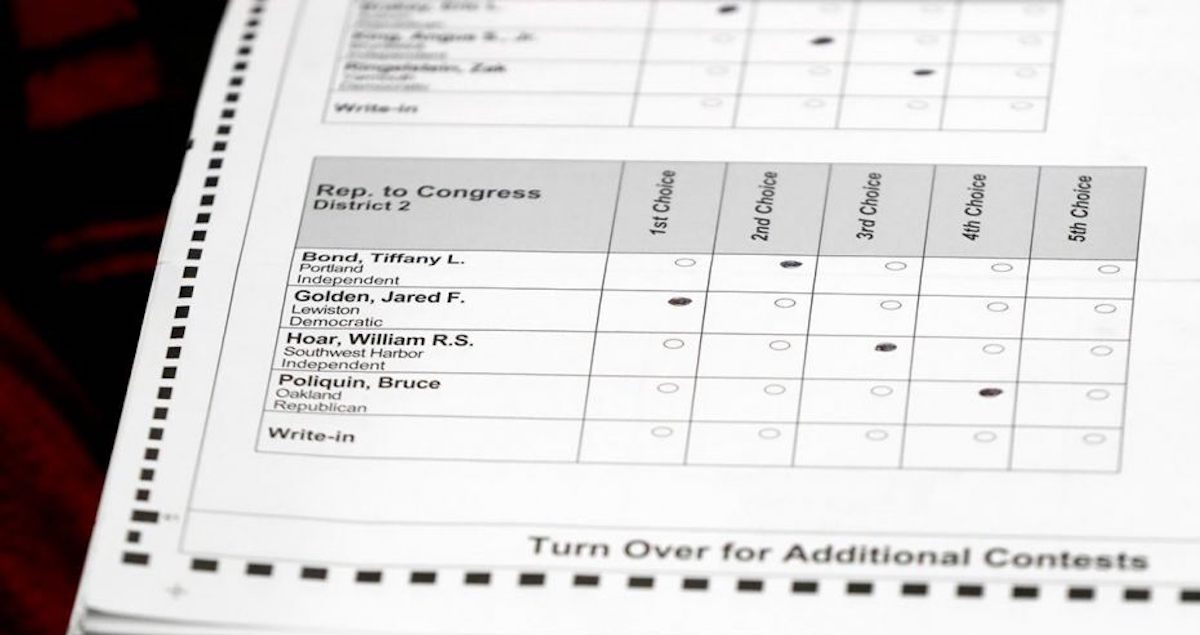 PORTLAND, MAINE - The Maine Supreme Court ruled Tuesday that the secretary of state was correct in invalidating nearly 1,000 signatures collected for a people’s veto campaign to kill a 2019 law that extends ranked choice voting (RCV) to presidential elections. The decision means two things:

"The voters have spoken and our elected leaders have spoken and now the Court has spoken and there is no doubt that Maine has decided to use ranked choice voting for President this year. We are grateful to have the right to choose the way we elect our leaders and to be the first voters in the nation who will get to rank our choices for President," said Cara Brown McCormick, speaking on behalf of the Committee for Ranked Choice Voting.

The Committee for Ranked Choice Voting has lead or been instrumental all the successful efforts to expand RCV in Maine, including two successful campaigns in 2016 and 2018.

A giant question mark loomed over the expansion of RCV for much of the year, a system that allows voters to rank candidates in order of preference instead of being stuck with a single choice. The Maine Legislature approved RCV for presidential elections under LD 1083 during the 2019 legislative session. However, the law faced a people’s veto threat and court challenges this year from Maine Republicans.

The Maine Supreme Court initially handed down an emergency ruling on September 8 that temporarily overturned a lower court’s decision that would have allowed RCV opponents to move forward with their effort to repeal LD 1083, and put RCV before voters for the third time in four years -- a ruling set in stone with its decision Tuesday.

The state high court's ruling comes two weeks before the state has to send out absentee ballots to voters.

RCV is now guaranteed for the 2020 fall presidential election and future presidential primaries starting in 2024. It is worth noting that regardless of the court’s decision, RCV would have been used in congressional and US Senate elections.

How RCV for Presidential Elections Will Work in Maine

Maine presidential elections are already unique as the state is one of only two in the nation that does not have a “winner takes all” system. The state has what is known as the Congressional District Method, which means:

Ranked choice voting would not change this method of dividing up the electoral votes. It could, however, have a significant impact on who takes the most electoral votes in November, of which there are 4 at stake in Maine..

Ranked choice voting allows voters to rank candidates in order of preference -- first choice, second choice, third choice, etc -- as opposed to choosing a single candidate. Voters' first choices are then counted. If no candidate gets over 50% of first choice selections, an automatic round of runoff is held in which the last place candidate is eliminated and their voters’ second choices are added to the totals of the remaining candidates.

It is worth noting that no presidential candidate garnered majority support in Maine in the 2016 presidential election. Hillary Clinton won the state, but she didn’t get over 50% of the statewide vote.