Up Next
...
A League of Our Own
Listen 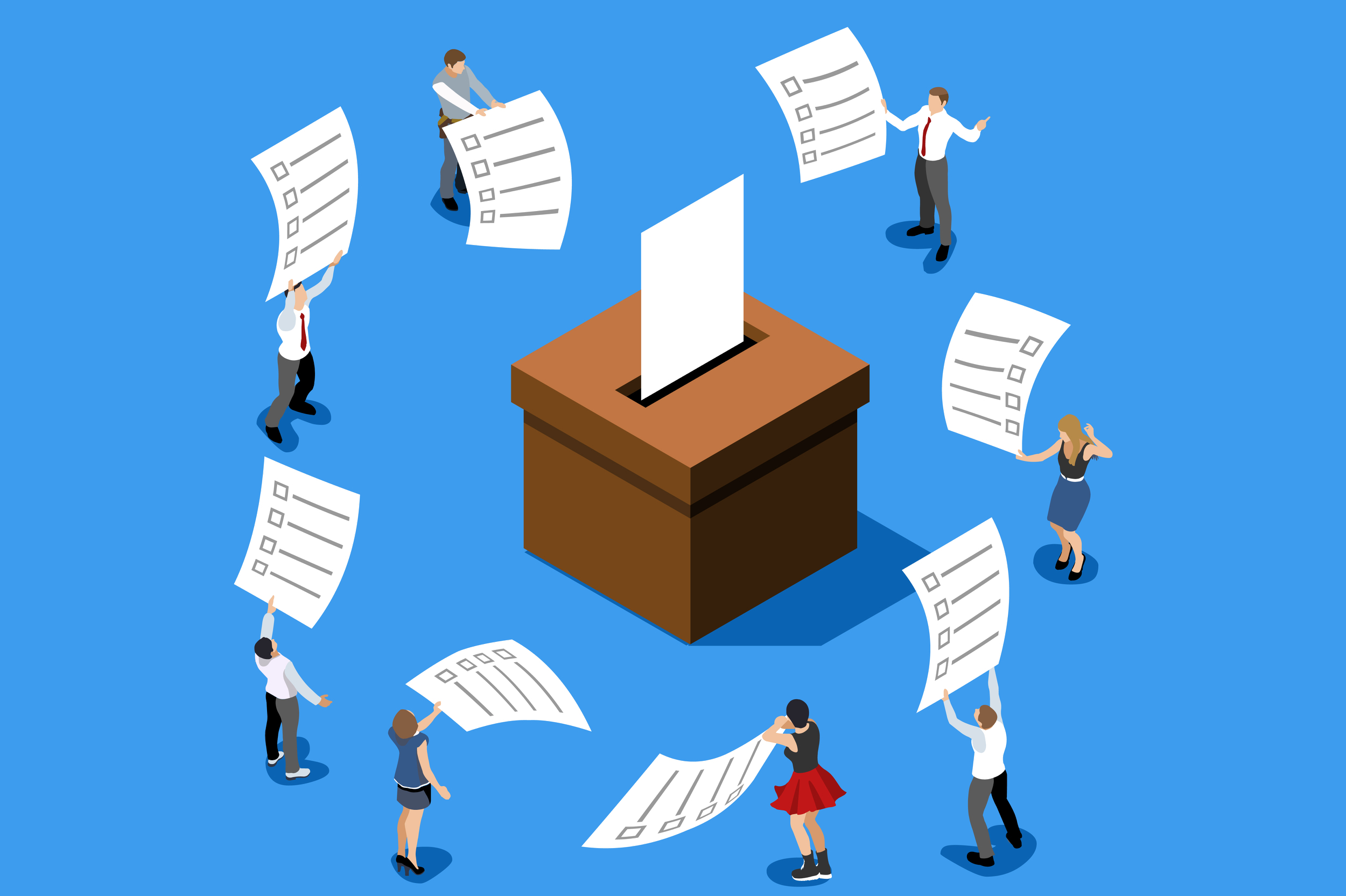 A new bill was introduced in the New Hampshire legislature that would implement ranked choice voting in the state's first-in-the-nation presidential primaries. However, the New Hampshire House Election Law Committee voted Wednesday to hold off on a vote for a year, giving policymakers more time to study the proposal.

The bill, HB 728, is not dead. However, the committee's decision does mean that ranked choice voting will likely not be used in the 2020 New Hampshire primaries.

“Unfortunately, the New Hampshire House Election Law Committee chose to retain the bill to bring ranked choice voting to the New Hampshire presidential primary, effectively delaying its decision on the matter for another year. While this outcome is a setback, the fight for this common sense democracy reform is far from over," said Adam Eichen, communication strategist for Equal Citizens -- a principal sponsor of HB 728.

Presidential Primaries: They're A Bit More Complicated Than You Think

Eichen explained in a podcast interview that ranked choice voting in a presidential primary would serve a slightly different function than it does in the dozen cities where it is currently used and Maine elections.

The mechanics are the same as other uses of ranked choice voting (more specifically, instant runoff voting) throughout the United States. The way presidential primaries work, though, is a bit more complicated than other primary and general elections.

"Each party requires a certain percentage of the vote to receive delegates," Eichen explained in our conversation. The delegates go on to the national convention to pick the party's nominee. "The Democratic Party requires 15%. That means if you don't get 15% of the vote, you are not entitled to any delegates. If you get 14.9, no delegates for you."

"What this bill would do is any candidate that gets below the threshold, their votes get reallocated according to [their voters'] second choice, starting with the last place finisher, and on and on until every candidate remaining has above 15% of the vote total."

So, instead of a system to get a majority victor when the most voters participate -- how RCV is used elsewhere -- it is a system that is designed to strengthen the impact primary voters have on the delegate allocation process.

"In a crowded presidential primary field, every candidate is going to be splitting the vote of someone who is ideologically similar," Eichen continued. "You can see that a majority of votes could be cast for someone under the 15% threshold because there are just so many candidates."

That was almost the case in the 2016 New Hampshire Republican primary. Only two candidates actually received more than 15% of the vote, Donald Trump and John Kasich. Combined they took 51.1% of the vote, while nearly half voted for someone else.

It is not unreasonable to speculate that this scenario will play out in a Democratic primary with 11+ candidates on the ballot -- especially since many of the candidates are so ideologically similar.

New Hampshire Is Not Alone

Iowa Democrats announced this week that they plan to use a ranked choice voting ballot in a virtual caucus for registered Democrats who cannot participate in the 2020 caucus in person. The requirement for candidates is the same -- 15% to be eligible for any delegates.

In Iowa, voters who participate in the virtual caucus will be able to rank up to 5 candidates. Eichen said HB 728 in New Hampshire doesn't have a specific limit, but a decision on that would come later.

The New Hampshire bill would also affect all primary voters and impact the entire delegate count. Iowa's "virtual caucus" will only decide 10% of the delegates no matter how many voters participate.

Advocates point to research and historical evidence that show that ranked choice voting diminishes the temptation to run a negative campaign against opponents. After all, if a candidate is campaigning for a voter's second or third choice, he or she is not going to risk bashing that voter's first choice.

"When we explain to people why this is so important, why ranked choice voting can help the presidential primary process, the lightbulb goes off -- people understand it," Eichen explained.

"There is real incentive to play strategically and talk about policy, and it means someone who is ideologically similar, but not identical is not your enemy, but there is a way to work together and figure out the most constructive way to do things."

He added that people see primaries as potentially destructive. Instead of leaving the party emboldened, he explains, the primary can leave the party bruised.

"No one wants that. That is not good for our politics," he said. "A healthy debate and ideological battling is good, but personal attack ads and doing whatever you can to bruise your opponent or at least your opponent's image is not good."

It is part of the reason advocates say ranked choice voting leads to higher turnout in elections. Voters are largely turned off by negative campaigning. It doesn't just sully how voters view the candidates, but the democratic process at large. Changing this campaign culture, however, restores confidence in the system.

And this doesn't just apply to the Democratic Party. Eichen and other advocates point out that this could benefit the Republican Party as well, which was indeed bruised after the 2016 presidential primary -- a primary that got extremely ugly at times.

Since its passage and use in Maine, ranked choice voting has entered the mainstream, elevating the conversation on reforming the choose-one voting method used in most elections in the US.

There are not very many efforts right now, however, to get ranked choice voting in presidential primary elections. Eichen and other advocates believe such a step is critical to boosting the reform's presence in the national media narrative, and getting more voters and candidates behind broad, systemic election reform efforts.

"Now is the time to start educating people that they can start movements in their own states for democracy. Every person has the capability of really fighting for democracy in any state that you're in," said Eichen.