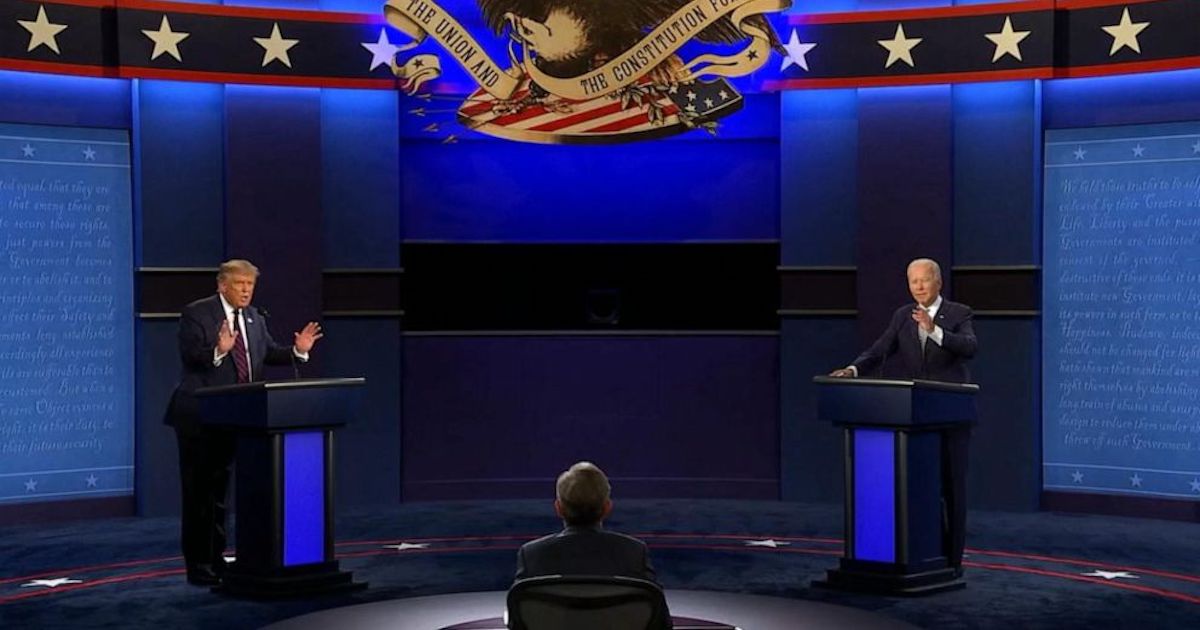 What is the biggest highlight of a presidential election? Is it the ideas or proposals presented by the candidates? Is it how the candidates appealed to the most voters possible by presenting thoughtful, comprehensive solutions to the nation’s biggest problems?

Unfortunately, it’s neither of those. Instead, the biggest highlight of any presidential election in modern history is the division between the dominant two parties -- the hyperbolic rhetoric both sides use in the zero-sum contest to get voters to hate the other side.

Voters want change. They want more nuanced ideas that go beyond partisan rhetoric, and get to the root of the nation’s biggest issues. They want more choice in the process. Unfortunately, the gatekeepers to US elections are the very same organizations that keep elections divisive.

There are many cogs to the anti-competitive electoral machine created by the Republican and Democratic Parties. One of the most consequential cogs that prevents new ideas and more competition in presidential elections -- competition that could help temper the political waters -- are the exclusionary presidential debate rules that ensure only two sides get to speak to American voters.

That is the argument the Independent Voter Project and 6 esteemed individuals made in a brief of amicus curiae to the Supreme Court of the United States in support of the petition to hear Level the Playing Field’s lawsuit against the Commission on Presidential Debates (CPD).

The 6 prominent public figures that attached their name to the amicus brief would consider running for president if the existing barriers to entry created by the bipartisan Commission on Presidential Debates were removed. They include:

“Limitations on the participation of third-party and independent candidates from our presidential debates exacerbates divisions in America,” the brief says.

“A substantial plurality of American voters no longer identifies with either the Republican or Democratic Parties. As hyper-partisanship plagues our media, our political discourse, and our electoral options, the non-partisan plurality of voters is forced to either embrace one side of this artificial division or not participate in the national dialogue at all.”

More competition in the process means the conversation shifts from being about an absolute winner and an absolute loser between two sides, which fosters animosity and division, to a conversation about ideas and solutions that will best serve the interests of the American people.

A third party or independent candidate may not win the election, but the Republican and Democratic nominees will have to discuss the new ideas that enter the broader national conversation.

The debate commission, however, has put in place insurmountable barriers to competition; particularly, its 15% rule that says candidates need to poll at 15% in 5 national polls hand-picked by the commission to qualify for the presidential debate stage.

The CPD asserts that its 15% rule is objective, reasonable, and nonpartisan. However, the debate commission was created and is sponsored by the major parties. Its rules have been crafted by people with a political and financial investment in the continued codification of a two-party system.

The debate commission has even gone so far as to physically remove third party candidates from the vicinity of a presidential debate. Does this sound like a nonpartisan approach to conducting debates?

The Independent Voter Project further argues that the interplay between the debate commission’s exclusionary rules and the control the parties have on presidential primaries and caucuses damages the democratic process:

“Presidential primaries and caucuses, in every state, are private activities that serve political parties. In many states, only major political party members can participate at all. The primary election season now runs nearly a full year, and there is near constant media coverage directed almost exclusively on the major party candidates.

These primary elections are finalized less than two months prior to CPD’s presidential debates. And the polls used by CPD to determine whether a candidate is qualified to participate in the ‘non-partisan’ debates are conducted right after the grand finale: the nationally televised Republican and Democratic Party conventions.”

In other words, the entire process ensures that there is zero media exposure for independent and third party candidates, making it impossible for any candidate outside the major parties to reach the 15% polling requirement.

“CPD, in conflict with its stated mission, has abdicated this responsibility by defending a rule that is so limiting on the marketplace for new ideas that no third-party or independent candidate has qualified for the presidential debates in more than two decades. When a significant plurality of voters does not feel represented by either major party, we have a heightened obligation to change the rule.”

The odds of the Supreme Court taking the case are admittedly slim. However, the limitations placed on competition in the US political process by rules that explicitly serve the private interests of two political groups is something the courts are increasingly considering, which provides a foundation for future challenges to the two-party duopoly.