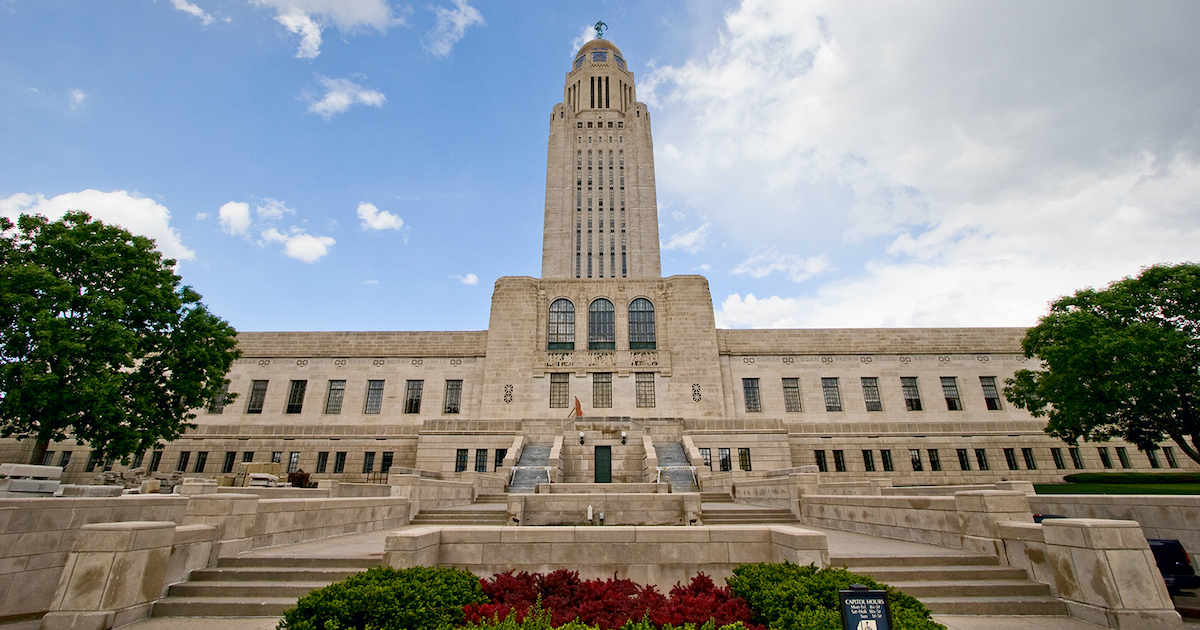 Does Nebraska Hold The Secret to a Better Democracy?

Nebraska, landlocked deep in America’s heartland, has paradoxically set itself apart as an anomaly in the US political ecosystem -- from the way it allocates presidential electors, to the makeup of its legislature, to how state policymakers are elected.

Some reformers even look at it as a potential model for what a better representative democracy looks like, and it is because of the nonpartisan manner by which legislators are elected, and the impact that has had on the legislative process.

“I think Nebraska is the most radical state in the country,” said John Opdycke, president of Open Primaries. “I personally think it is radical to challenge the dominant culture of partisanship, of this red vs. blue, of this reductionist, zero-sum politics that has taken over our country.”

Opdycke says this is exactly what Nebraskans have been doing for decades.

Open Primaries hosted its final virtual discussion of the summer Wednesday with Nebraska State Sen. Adam Morefeld and Nebraska Democratic Chair Jane Kleeb to discuss the impacts a nonpartisan electoral and political system has had on state politics.

Nebraska is the only state in the country that has a unicameral legislature, meaning it has only one legislative body, while other states have two. Yet, this is not the only important distinction between the Cornhusker State and the rest of the union.

State policymakers are also elected in completely nonpartisan elections. All voters and candidates participate on a single ballot. In contrast to the nonpartisan primaries in California and Washington, though, party affiliation is not included on the ballot.

There are, of course, Republicans and Democrats in the legislature, and while officially there are no formal party alignments, Republicans have held the controlling majority since 1999 and state parties endorse candidates in legislative elections. Party still plays a role in the process.

However, despite being a deeply red state, there are Democratic committee chairs in the legislature, and according to Sen. Morefeld, coalitions often form issue-by-issue, rather than being defined by ideological and partisan divisions.

Overall, he noted, the people of Nebraska are satisfied with their legislature.

“The numbers don’t lie. Nebraska has one of the most popular and respected legislatures in the country,” he said. “Nebraskans respect their legislature being a problem-solving body.”

He added that the nonpartisan nature of the system has created a more moderate environment in state politics, or one that is less controlled by ideological extremes. For him personally, Morefeld said the nonpartisan open primary system makes him a more well-rounded politician.

“The great thing about nonpartisan primaries is moderate people can win, coalition-builders can win.”

Both Morefeld and Kleeb emphasized the high level of esteem the people of Nebraska have for their state legislature, yet statewide offices are becoming increasingly partisan and thus not held in such a high regard.

The nonpartisan primary does not extend to statewide elections. The parties hold their own respective primaries for these offices, primaries reserved for party members, and can choose to open them to independent voters or keep them closed. Jane Kleeb spearheaded the effort to get her party to open its primaries to independents.

“In Nebraska, if the trend continues as it is, independents will be comparable to the Democrats,” she said. She added that it was an obvious political decision for her, as a leader, to say “we welcome independents.”

“It drives me crazy at the national level when I hear plans being put out by all the different strategists. ‘Independents are the holy grail. It’s what’s going to win the White House [...] but yet, we don’t respect independent voters enough to add them to our primaries? If we want independents voting for Democrats in the general then we should be opening our primaries up nationwide.”

Kleeb explained that at first she had to go up against her own party's establishment, which viewed opening the party’s primary as a threat. Opening the tent to more ideas or “all shades of blue and purple” as Kleeb put it, is going to transform policy to move forward, instead of remain stagnant, and that does not tend to set well with the party stalwarts.

“I want independents and Republicans and Democrats at the table when we’re talking about ag reform (for instance) because they’ll all have different perspectives,” she said. “We’ll have an urban perspective, some will have a rural, but that will make that policy better.”

Morefeld said opposition to the Nebraska model is about power. Legislators from across the country, he said, express interest in how Nebraska conducts its politics, but when they go back to respective states to talk to those in power, they want nothing to do with it.

There is, however, momentum behind the movement to switch to nonpartisan electoral systems. Voters in two states, Alaska and Florida, will vote on ballot measures to adopt nonpartisan open primaries in November -- both of which have survived challenges from those in power.

Nonpartisan open primaries will also be on the ballot in St. Louis, and a measure in San Diego seeks to update its nonpartisan top-two system with a top-four system with ranked choice voting in November.

Lead researchers in California found that the state’s nonpartisan open primary has resulted in the emergence of a similar collaborative political environment in the state’s legislature, and studies have proposed it in other places, like Baltimore for instance, to improve accountability, confidence, and trust in the political process.