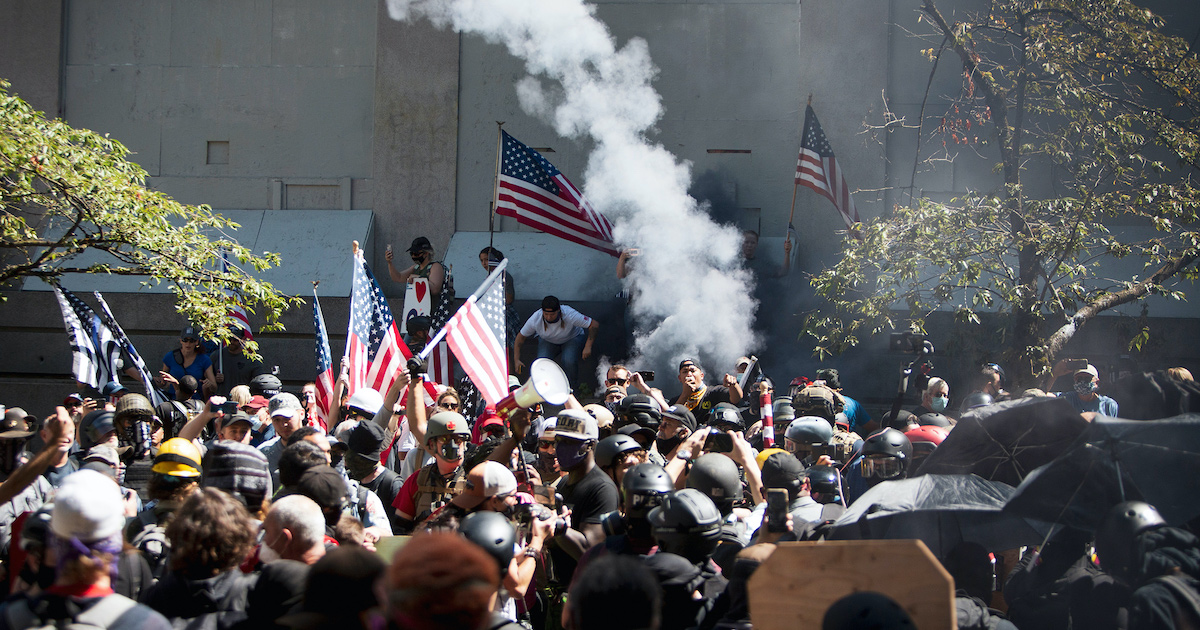 Divided We Fall: Why Partisan Polarization Is An Existential Threat to Business and Democracy

The way the US political system operates is tearing the country apart. Voters are forced to choose between two deeply polarizing narratives, and the further the two sides move apart, the more damage is being done to the country at-large.

The problem of polarization in the US is not just affecting the nation’s politics. It also affects its social structure and economy, and businesses are now finding themselves caught in the middle of the political crossfire.

It has been impossible, for instance, for companies that rely on in-person customer service to avoid disputes over wearing masks during the COVID-19 pandemic, a topic that quickly became incredibly polarizing across the country. And, businesses and business leaders are increasingly being pressured by one side to get involved in the nationwide debate over voting rights, while the other side is threatening retribution should they oppose restrictions to easier voter access.

Business for America, a coalition of business and business leaders promoting a stronger democracy, and the Niskanen Center, a DC-based think tank, designed a 4-part webinar series, titled “Divided We Fall,”  to dig deep into the root causes of political polarization, and the first of the series specifically discussed the existential threat this divide has on business and the democratic process.

“Just because the Dow is doing great, doesn’t mean America is doing great,” said Sarah Bonk, founder of Business for America. She added that political polarization is preventing the country from tackling its biggest issues and finding long-term solutions that can allow the US to truly thrive.

Hosted on May 20, the webinar featured Niskanen Fellow Didi Kuo, Longwell Partners CEO Sarah Longwell, and Michigan Ross School of Business Professor Mark Mizruchi. The three participants focused on polarization in more a general sense to help lay the foundation for future webinars in the series.

“We’re experiencing a crisis right now that may be more severe than anything we have had since the Civil War,” said Professor Mizruchi. “Our system is close to dysfunctional. We witnessed an insurrection at our capitol. We face a level of polarization beyond anything seen in my lifetime, and I grew up in the 1960s.”

Politics today doesn’t look anything like it did in the 1960s. Voters were then much more likely to see instances in which Republicans and Democrats could, at the very least, find compromise on various issues. There was still disagreement and division. It, however, looked nothing like the dysfunction seen from elected officials today.

Compromise and cross-partisan agreement to this degree no longer exists in Congress. Whatever overlap existed between some members of the Republican and Democratic Parties has disappeared, while the gap that separates the parties gets wider and wider with each election cycle as the political structure incentivizes elected officials to appease shrinking partisan bases that want absolutely no collaboration between both sides.

The question then becomes, what can the business community do about this?

There are many people who believe that corporate and business involvement in the US political arena has helped exacerbate the problem of partisan polarization. Corporate-owned media outlets, for example, have chosen to become a platform for the increasingly divisive rhetoric between the two parties -- choosing click bait over substance.

Charles Koch, chairman and CEO of Koch Industries, is considered one of the most influential political donors in the US. He admitted in an interview for Axios in November 2020 that he and his brother “screwed up" by playing the partisan games the political system incentivized. He lamented the rise in political dysfunction, but refused to take any responsibility for it.

In 2021, however, Americans have witnessed a shift in how many corporations approach politics, especially on the topic of voting rights and improving the democratic process. Many businesses have, for instance, spoken out against efforts in several states to place unnecessary limitations on voter access -- the response to Georgia’s SB 202 is especially noteworthy.

This shift, she said, has sparked some pushback. She listed editorials in the Wall Street Journal and The Economist as examples of criticisms that call out perceived hypocrisy for “now caring about democracy after decades of rising polarization and inequality.” However, she also noted that there have been increased calls from the public for businesses to be more forceful on standing up for democratic principles.

It is, in her words, “an acknowledgment of the clout and the resources that business can bring to bear.”

Few businesses, however, have come out in support of specific policy proposals or laws that would improve voter access or reform the mechanisms of the political system. And this where some of the panelists saw an opening for the business community to take more forceful steps.

Systemic reform specifically was something not discussed in the first part of the “Divided We Fall” series. Yet, there is a growing acknowledgment among business leaders, thanks to the efforts of groups like Business for America and reform leaders like Katherine Gehl, that changing the way we elect politicians is necessary to shift the political incentives away from partisan gamesmanship and dysfunction.

And, the inevitable outcome of a system that advantages only two sides is that it becomes a zero-sum contest between those two sides. The only thing that matters to the parties and their members is winning, even if that means rigging the system to kill competition, discourage voter participation, or give "Team Red" and "Team Blue" all the possible advantages to preserving and growing their political power.

This is crucial to understanding our non-responsive government and the rise of antidemocratic sentiments and policy proposals nationwide.

The only way to effect change, though, is to actively get involved in efforts to reform the system. There must be a willingness from business leaders to be proactive, rather than just reactive, and there must be a collective understanding about why they should care about the future of the democratic process.

We will continue to see the future prosperity of the US threatened as long as the cogs of the US political machine operate the way they do now. This is bad for voters, and what is bad for voters is bad for business. This is why series like “Divided We Fall” and the efforts by groups like Business for America are so important and must continue.

Check out the first part of the webinar series above.