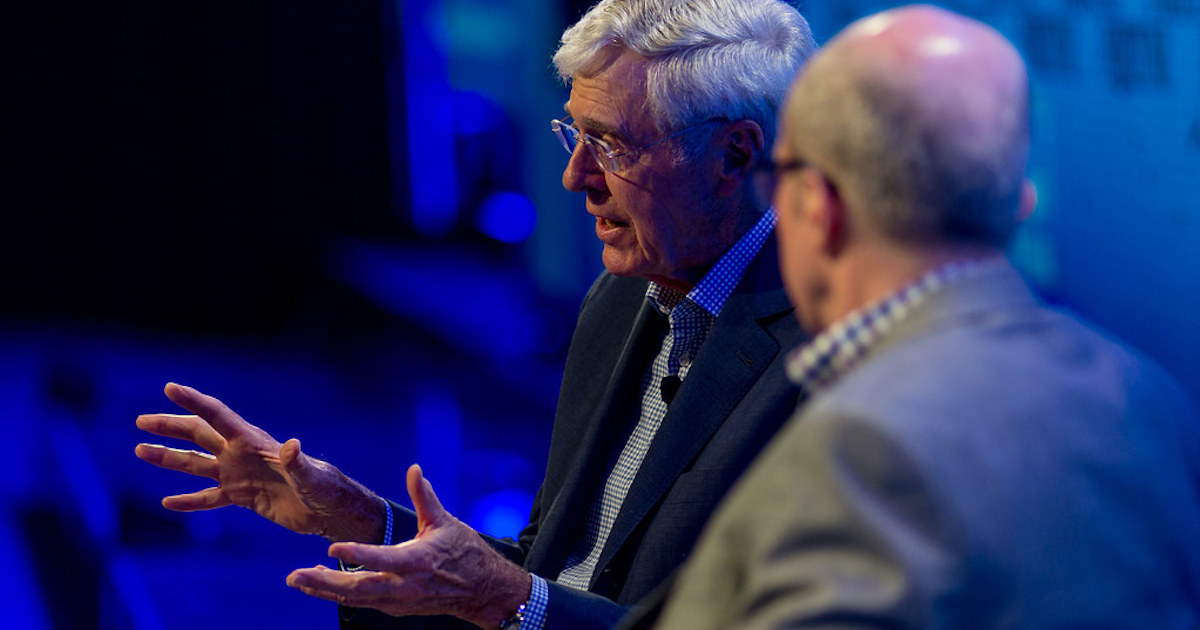 Charles Koch: "Boy, Did We Screw Up"

Anyone familiar with the US political landscape or the world of business knows the name Charles Koch. He is chairman and CEO of Koch Industries, the second largest private company in the US, and he is one of the most influential donors to largely right-leaning candidates and causes.

The influence Koch has had on political campaigns has been the subject of controversy over the years as more voters grow concerned over the influence of big money in politics - particularly, the role it has played in expanding the partisan divide. The same can be said for the influence donors on the other side of the spectrum have had, like George Soros.

The state of extreme partisanship and policy paralysis is not lost on Koch, and in his new book, Believe In People, Koch says “boy, did we screw up.”

“Partisanship doesn’t work,” he writes. “Boy, did we screw up. What a mess.”

In an interview for AXIOS on HBO, Koch was asked to elaborate on these remarks. Specifically, he said the Kochs screwed up by focusing on partisanship rather than helping elect people who were going to be champions for principles and policies that empower people in a nonpartisan way.

“Some of the politicians we helped get elected, I would see them on TV, and they would be talking about policies that were antithetical against immigration, against criminal justice reform, against a more peaceful foreign policy -- I was horrified,” Koch said in the interview.

Koch elaborated further on a disconnect between how the candidates appeared when vetted versus how they pursued policy once elected:

“We had vetted them all, and they all seemed aligned on our major issues, and on empowering people, and once they got elected I didn’t expect them to fully agree with us on everything, but at least be champions on some of the major ones we were working on, and that they said they were,”

Koch added that instead the candidates would do the opposite.

However, he later clarified that he didn’t believe the Kochs fostered any of the partisanship themselves. He said they played the partisan game that already existed, and.though he believes the Kochs screwed up, there was nothing to apologize about, and that the division that was there before them will continue to be there after them.

In the immediate future, Koch is expected to get involved in at least one of the divisive Senate runoff elections in Georgia. Brian Hooks, who has worked with Charles Koch for two decades and is chairman and CEO of Koch’s group, Stand Together, says they are proud to support Republican David Purdue.

The full Koch interview with AXIOS on HBO can be viewed on HBO Max. The program released a brief clip that an be viewed above.