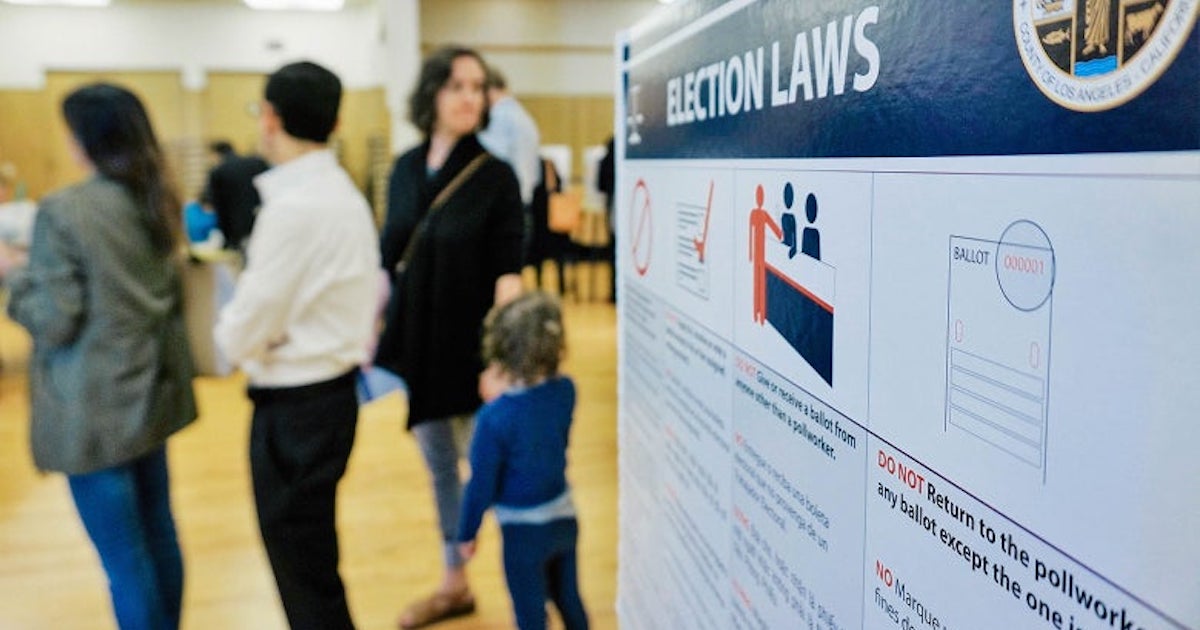 California Lawsuit: No Voter Should Be Denied A Say In Presidential Elections

California voters should not have to choose between their right to vote and their right to associate (or not associate) with a private political party. Yet, the Independent Voter Project (IVP) is arguing in court that this is the exact choice the state is unlawfully forcing on millions of citizens.

IVP, along with 6 California voters, filed an opening brief with the Fourth Appellate District Court of California on January 20 as part of an ongoing lawsuit that calls out California’s use of a semi-closed primary for its presidential elections in violation of Section 5 of the state’s constitution. While the California Constitution explicitly instructs the legislature to provide an open presidential primary process, the current system forces millions of No Party Preference voters to adhere to rules established by the political parties as a condition of exercising their right to vote.

“With an ever-increasing number of voters opting to register as NPP – for a variety of reasons, almost all of which boil down to dissatisfaction with the political parties, concerns for privacy, or both – a substantial segment of the State’s electorate is effectively disenfranchised from the first integral stage of the presidential election process,” the brief states.

“These voters either associate against their wishes with the political party to which their preferred candidate belongs – in order to obtain from the State a ballot with that candidate’s name on it – or they cannot vote for their preferred candidate. This disenfranchisement has far-reaching negative consequences on political discourse, on voter turnout, and perhaps most importantly on faith in the electoral process.”

The rules of the semi-closed primary system have caused widespread confusion in the state. It allows parties to decide whether or not to allow NPP voters to request a ballot with their nominees on it. If a voter is registered with any party (major or minor) they cannot request another party’s ballot.

And, if an NPP voter is not made aware of their options, they will likely be given a blank presidential primary ballot with no candidates listed at all.

“Several remedies for the infringement on the individual’s right to vote, like giving NPP voters their own NPP primary ballot, not only would respect non-partisan individuals’ constitutional rights against forced political associations, but also would significantly reduce the number of NPP voters forced to roam into a political party’s private-nomination proceedings as their only means of participating in presidential-primary election just to drop out afterward.“

IVP offered a remedy to the California Legislature as recently as February 2020 with AB 2207. The bill instructs the secretary of state to create a “public ballot” option for NPP voters and registered party members who do not wish to vote in their party’s primary. The ballot would list all eligible presidential candidates running in that election cycle.

The parties, entities that reserve the right to pick their own presidential candidate, regardless of what their own members want, can choose whether or not to consider the public ballot results in their delegate selection process.

IVP initially filed its lawsuit against the secretary of state with 6 individual plaintiffs in 2019 in an effort to avoid further presidential primary disasters, like the widespread confusion that disenfranchised millions of voters in the 2016 election, and seek a remedy to the unconstitutional use of a semi-closed system. It now seeks an opportunity to provide evidence before the court of the unlawful burdens the current presidential primaries put on California voters, across partisan preferences.

Nearly 25 percent of the state’s 22 million voters are registered no party preference and were only able to vote in the last presidential primary by requesting a “crossover” ballot from one of three political parties who allowed non-members to participate in their primary election.