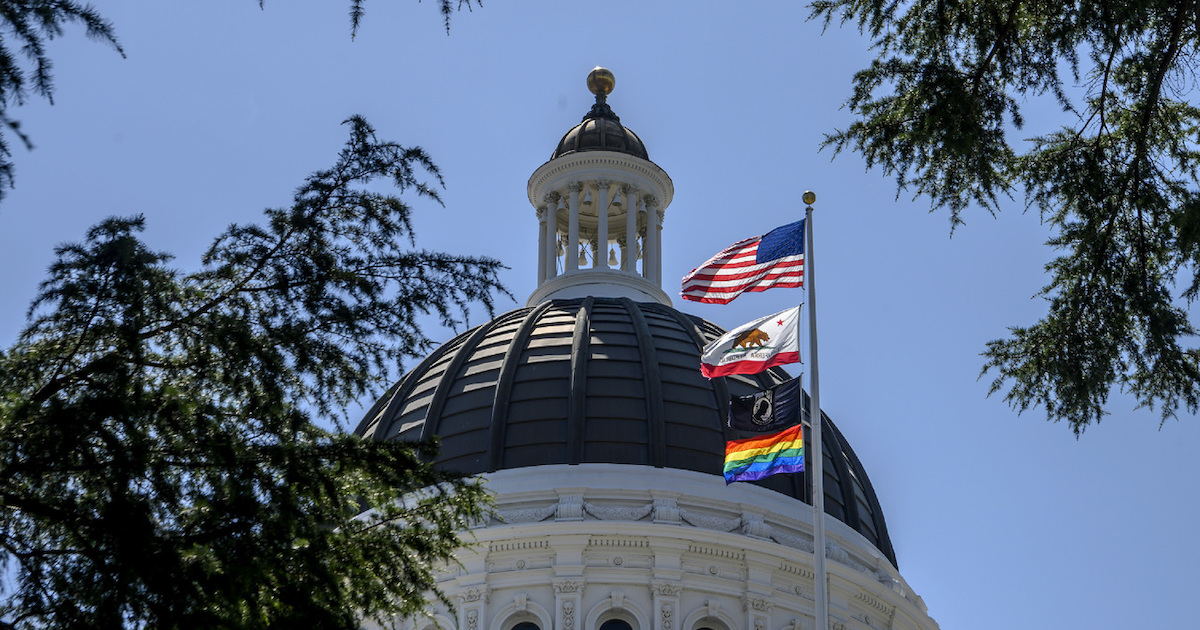 On July 23, 2019, the Independent Voter Project (IVP)-- one of 7 plaintiffs -- filed a lawsuit against Secretary of State Alex Padilla (Boydsten v. Padilla) for failing to provide an open presidential primary as required by the state constitution.

Over the last several years, IVP has warned the secretary of state and the state legislature that millions of registered voters would be disenfranchised by a semi-closed presidential primary process that is both confusing and broadly criticized.

The consequence of inaction on the part of state policymakers was reported broadly following the 2016 election as nearly 5 million voters were left without a meaningful vote. And, if nothing changes, California is headed for another presidential primary disaster in 2020.

Below are the indisputable facts that underline the importance of this lawsuit:

1. California’s Presidential Primaries Are Complex and Confusing for Many Voters

California's semi-closed presidential primary costs taxpayers tens of millions of dollars. In 2008, the state spent $96 million in public funds on the presidential primaries. Yet, many of these voters have found this system to be difficult to navigate.

To say the presidential primaries were complex and confusing for many voters in not the opinion of a single person, but a broadly reported fact.

In 2016, a CA120 survey found that 88% of No Party Preference (NPP) voters were interested in voting in the primary. Two-thirds of these voters intended to vote in the Democratic primary. In LA County, of the 400,000 permanent absentee NPP voters in 2016, only 25,000 received a Democratic crossover ballot.

In other words, this is only 6% of permanent absentee NPP voters in the county, and about 10% of voters who said they intended to vote in that primary.

2. Nearly 30% of the California Electorate is Registered No Party Preference

No Party Preference (NPP) voter registration going into the June 7, 2016 primary was over 4.1 million. At the time, NPP voters made up over 23% of the registered voting population. Half of these voters were registered permanent absentee, so they never had a chance to request a ballot at the polls.

In 2019, NPP voter registration exceeded 5.6 million. This is now the second-largest registered voting bloc at 28% of the vote.

Also interesting to note: In 2018, Independent Voter News was the first to break a story about California's new DMV motor voter system registering people with the incorrect party affiliation. The DMV reported in September that more than 23.000 voters had been registered incorrectly between late April 2018 and early August 2018.

3. Nearly 75% of American Independent Party Voters Are Registered With a Third Party by Mistake

The California American Independent Party (AIP) is a third party founded in 1967 by supporters of segregationist George Wallace and his 1968 presidential campaign. For several years, AIP has been the third largest political party in California.

But in 2016, the LA Times published an investigative report in which they found that nearly 75% of registered AIP voters did not intend to register with a party, and in fact affiliate No Party Preference. Ahead of the 2016 presidential primary, over 450,000 voters were registered AIP.

California's modified closed presidential primary means voters registered with any political party cannot vote in another party's presidential primary. That means that if registered AIP members wanted to vote for a Republican or Democratic candidate In 2016, if these voters wanted to vote for a Republican or a Democratic candidate on primary election day, they couldn't. They could only vote for an American Independent candidate.

A February 10, 2019 voter registration report showed that AIP registration has exceeded 500,000 voters. further pointing to the likelihood of more problems in 2020.

Like in every other state in the US, No Party Preference (NPP) candidates cannot access the California presidential primary ballot. They have to petition to get on the general election ballot.

The petition signature requirement for a NPP presidential candidate is 1% of the total number of registered voters in the state at the time of the close of registration prior to the preceding election. In other words, in 2016, that was 178,039 valid signatures.

This is important to note because under the modified closed presidential primary rules, NPP voters could never get a presidential primary ballot with a candidate on it unless they request a crossover ballot from a party that allows their participation or they re-register with a party.

5. Parties Can Pick Their Own Presidential Nominee, Regardless of Primary Results or State Law

The California Republican Party states in its bylaws that when it comes to its rules and state law, "these bylaws shall govern and take precedence over the California Elections Code or other law to the contrary. The Committee retains the right and prerogative of association to recognize and determine for itself the ways and means of nominating persons as nominees for partisan elective offices.” (See Section 1.04(A) “Precedence Over Elections Code,” Republican Party of California’s By-Laws)

“Except as otherwise specified in this chapter, the elements and practices to select delegates and alternates shall be the same as set forth in the standing rules and bylaws of the Democratic National Committee and the Democratic Party of California...” ( See CA Election Code § 6002)

Clearly, California has delegated power over the candidate selection process, not to voters, but the Democratic Party.

Also worth noting: The Libertarian Party didn't wait for all the states to conduct their primaries to select their nominee. In 2016, the Libertarian Party selected Gary Johnson as its presidential nominee in May, ahead of California's June 7 primary.

6. Courts Have Affirmed The Party’s Right to Conduct Their Primaries How They Want

The party's right to conduct their primaries as they want, regardless of state law has court precedent backing it up.

In 2017, the Democratic National Committee (DNC) argued in court: "The party has the freedom of association to decide how it's gonna select its representatives to the convention and to the state party."

The class action lawsuit, initially filed in 2016 against the DNC over allegations that it violated its own rules of neutrality in primary elections, was dismissed in August 2017. The judge ruled that any grievances would need to be taken up with the party or through the elections process.

7. All Voters Have A Right to Vote in All Integral Stages of the Taxpayer-Funded Elections Process

The Supreme Court recognized in the 1963 case Gray v. Sanders, when it first articulated the “one person, one vote” standard regularly cited from its decision in Reynolds v. Sims, that the right to applies to all integral stages of the election process.

Almost 20 years earlier, in Smith v. Allwright, the Supreme Court had recognized the fundamental right to participate in the primary election when it held that the Texas Democratic Party did not have the right to exclude blacks from participating in their primary election.

California voters approved Proposition 4 in the 1972 primary election to implement an open presidential primary. The proposition does not, however, specifically mention party primaries. It said the legislature shall provide an open primary in which recognized candidates by the secretary of state shall be listed. It also said that candidates not recognized by the secretary of state could petition to appear on the ballot.

In November 1972, voters approved another proposition, Proposition 7, which among several provisions that expanded voting rights, required the legislature to provide primary elections for partisan offices, and left the “open presidential primary” language unchanged in the Constitution.

On March 26, 1996, California voters passed Proposition 198 during the primary election. The proposition created what is known as a “blanket” open primary. Under a “blanket” primary, the parties still hold their own nominations for partisan offices, but voters may vote for any candidate, regardless of political affiliation and the voter may choose to vote in different party primaries for different offices.

On June 26, 2000, the United States Supreme Court issued a decision in California Democratic Party, et. al, v. Jones, stating that California’s “blanket” primary system was unconstitutional because it violated a political party’s First Amendment right to not associate with nonmembers by letting them participate in “their” party nomination process.

Rather than implement an “open” primary that would satisfy the constitutional requirements, the California legislature passed Senate Bill 28 (Ch. 898, Stats. 2000). SB 28 implemented a “modified” closed primary system that permitted voters not affiliated with a political party (“decline to state” or “nonpartisan”) to participate in a primary election if authorized by the political party’s rules and duly noticed by the secretary of state.

In other words, with 30% of California voters now registered “no party preference,” the California legislature has made no attempt to protect their own fundamental right to vote in the taxpayer-funded and publicly administered “open presidential primary.”

In 2014, IVP Co-Chairs Steve Peace and Jeff Marston withdrew their presidential primary initiative. They penned a letter to the secretary of state, requesting a response to the following questions concerning the 2012 presidential election:

2. If the answer to the first question is “Yes”: How does the Secretary of State explain the apparent conflict between the Constitutional language, the statutory implementation, and the actual administration of the 2012 presidential primary election?

3. If the answer to the first question is “No”: (A) Why was a semi-closed primary conducted instead of an ‘open presidential primary’? And, (B) Will the Secretary of State conduct a presidential primary in 2016 that comports with California’s Constitutional requirements?

However, IVP never received a response from the secretary of state’s office.

In 2015, IVP began discussions with the secretary of state to make sure the increasing number of NPP voters had a full right to participate in the 2016 presidential primary, but was unable to get Secretary Padilla to act.

In 2016, IVP sponsored a resolution in the California Assembly calling on Padilla to add the public ballot option to the 2016 presidential primary. It failed to get out of committee in a 2-2 bipartisan split vote.

In 2019, IVP once again attempted to introduce legislation for the public ballot option. The legislative council drafted a bill authored by Assemlymember Arambula, but it was not introduced into committee.

On June 14, 2019, IVP Chair Dan Howle sent a certified letter to the California Secretary of State requesting clarification on whether or not Secretary Padilla would conduct an open presidential primary for independent candidates and voters. Again, Padilla has not responded to the request.

On July 23, IVP and 6 other plaintiffs sued the California secretary of state, alleging 6 distinct violations of state and federal voting rights laws, including a state constitutional requirement that California conduct an open presidential primary.

Secretary of State Alex Padilla has stated that if "there’s one thing that every American should agree with, it’s this: Voting is the fundamental right in our democracy, the one that makes all others possible.”

IVP was not the only group in 2016 raising voting rights concerns about the modified closed primary.

The plaintiffs asserted that the failure to properly inform No Party Preference voters of their right to obtain a crossover ballot in the presidential primary and the right of registered party members to re-register to vote for the candidate of their choice significantly impacted the voting rights of millions of California voters.

The lawsuit was dismissed 6 days before the primary election. However, among other things, the lawsuit asked the judge to order an extension of early voting and restrict the use of provisional ballots unless absolutely necessary.

In the 2016 presidential primary, more than 1-in-5 voters used a provisional ballot to cast their vote at a polling location. These are ballots are only supposed to be used in emergency situations when the voter’s eligibility to vote is in question.

It is also worth noting that it took California approximately a month to certify the final election results.