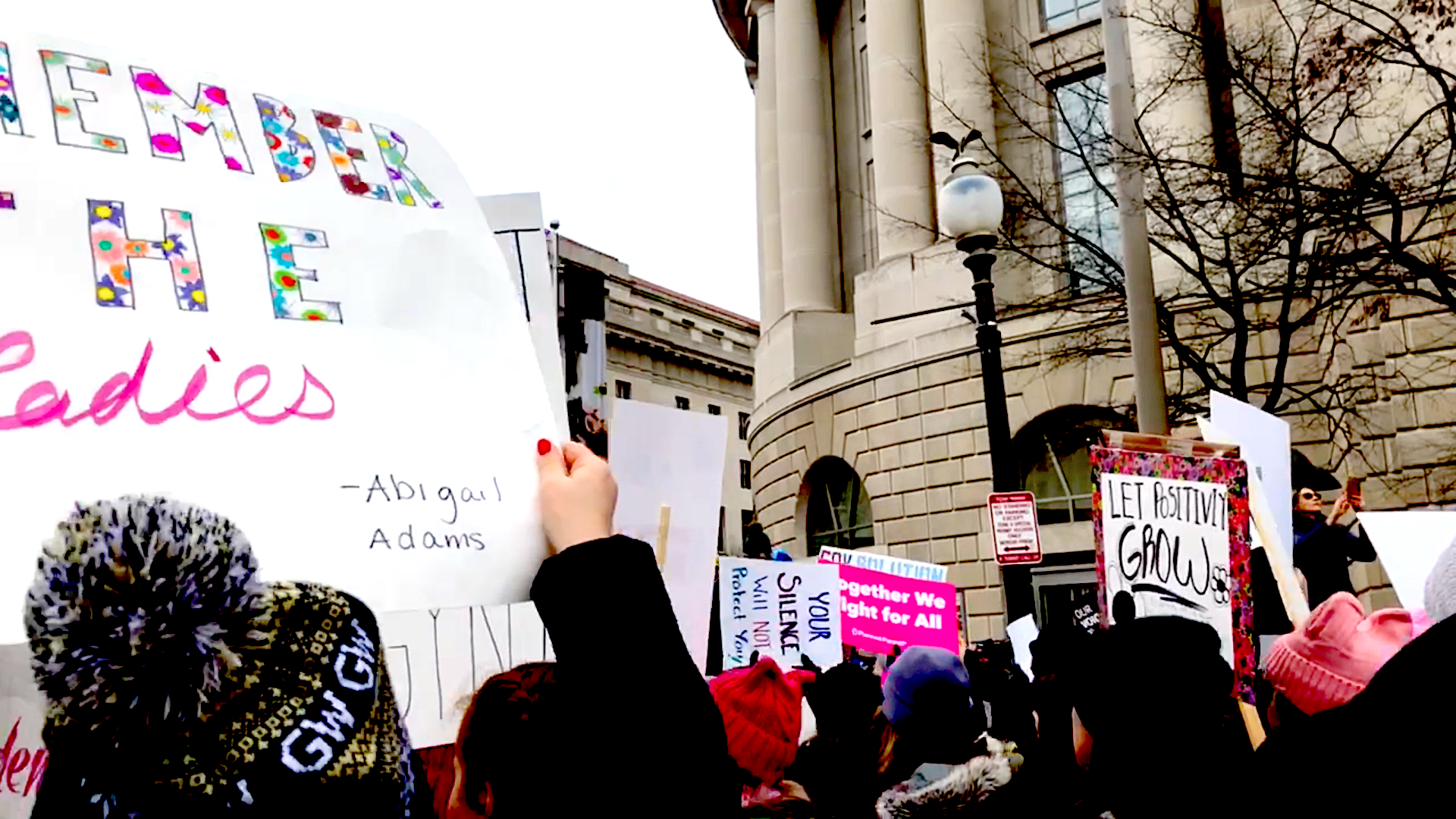 You may have heard the story. In late December, it came out that leaders of the Women’s March made anti-Jewish remarks and had ties Louis Farrakhan, the leader of the Nation of Islam. You can see the Women’s March press release in response.

The story led to outrage, and the outrage led to the Democratic National Committee removing their support and a split march in New York. Additionally, marches in Humboldt, California and New Orleans, Louisiana were cancelled and the Washington State Chapter disbanded. (Let us know if you've heard of any other cancelled marches). A couple groups also planned protests to compete with the Women’s March in DC.

From my perspective, this served as a reminder of what’s important in a feminist movement and protest, which is intersectionalism. What’s that crazy word? Inter-sect-what?

Intersectional means noting or relating multiple social categories of oppression on individuals, or as a group. (In case you need a refresher, oppression means being subject to unjust treatment or control.)

The kind of oppression each class, race, sexual orientation, etc. of woman experiences is distinct.

Historically, the feminist movement has had significant issues being intersectional. The first wave of feminism began in 1848, and was comprised of mostly white, conservative, Protestant, straight women. At the end of the first wave, in 1920, women received the right to vote, and white women gained access to higher education and began serving on school boards.

At the time, the women involved in the suffrage movement understood and acknowledged that including women of color in their fight to vote would significantly increase the challenge and complicate their goals.

Second wave (60s-80s), third wave (90s), and fourth wave (now) each expanded their issues and their inclusivity -- and mindfulness about intersectionalism.

Now, how did this all play out at the actual march in DC?

Instead of walking past the White House along the Mall, the Women’s March began at Freedom Plaza, walked around a 3-block radius, past the Trump International Hotel, and back to the plaza for numerous speeches in the afternoon.

Almost every single person carried a homemade sign, some even sewed banners together. One of my favorite signs was a group of women were carrying signs shaped like arm chairs and a sectional couch (I hope you catch the intersectional reference!).

Women from across the country, some as far as California, came together to create solidarity and affirm intersectionality in the #womenswave. As intended, the Women’s March is a rallying cry and a “foundation for solidarity between women.”

For myself and my sister who marched with me, it was exactly that. It was hard not to feel solidarity walking and chanting with approximately 100,000 other women, holding up our signs and reading others’ signs. We felt an overwhelmingly positive feeling.

The important takeaway from marching amid controversy is that we still came together, and we learn from our mistakes. Or at least, I hope the leadership can learn from the controversy -- whether true or not -- because I could tell that the women in the march learned from it.

My experience at the march was positive, specifically because I saw Jewish women who came to march and I saw many women emphasize the need for intersectionalism. It’s those specific things that gave me hope for the women’s movement in the U.S.

Many, not wrongly, chose to abandon the Women’s March and instead protest the protest itself, in order to send a message to the leadership.

Shortly after the march, speeches were given by numerous women from various activist and community groups. Many of them called for women to come together and recognize the different kinds of oppression and difficulties that women face across race and class. They emphasized that there is no way the movement can go forward unless women stand together.

You can see the full footage of the speeches online. My personal favorite is at 2:55:46 - 3:00:41, when Amari Fennoy steps up to the podium. Fennoy is the president of the Youth and College Division of NAACP at Spellman University. She presents the problem of real vs. unreal allies, and the difference between showing up and marching and continuing to do the work the march stands for. She presents solutions, and then she reaffirms the solidarity the women feel at the march.

She ends with a oft repeated line throughout the day: “We have nothing to lose but our shackles."

Some other notable speakers included (in order):

There are many, many more speakers within the C-SPAN video of the Women's March speeches. You can also find a transcript and speaker list below the video.