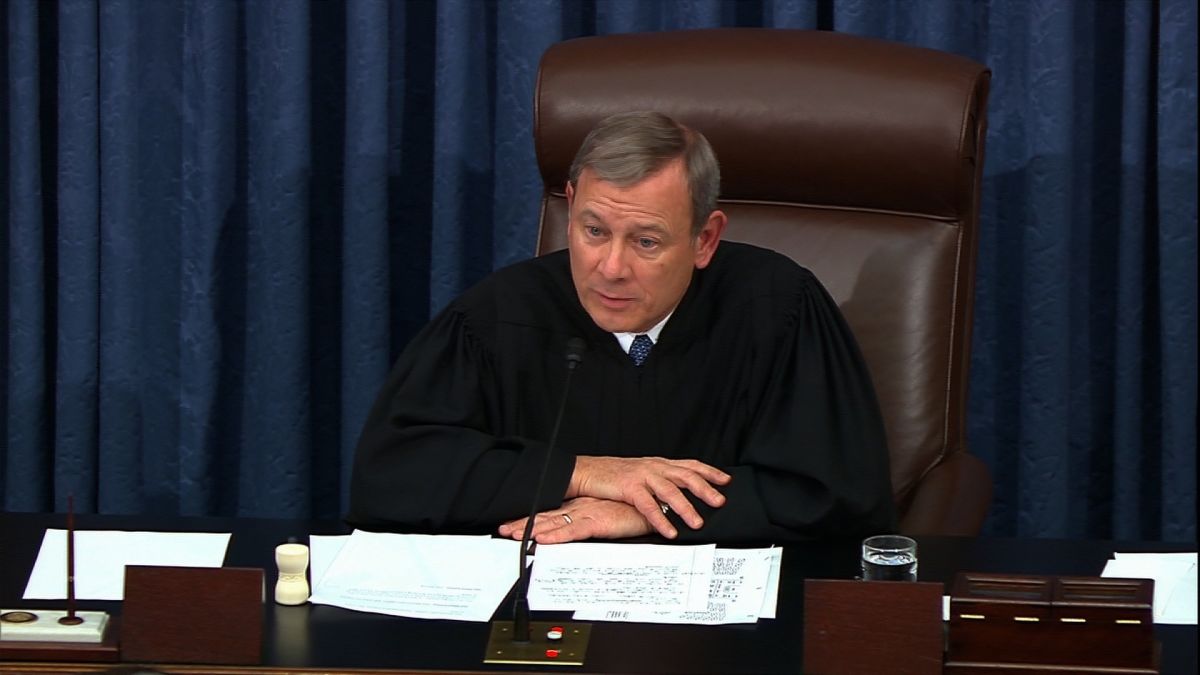 Will John Roberts Save Democracy?

Lawrence Goldstone is the author of numerous books and articles on Constitutional Law, most recently “On Account of Race: The Supreme Court, White Supremacy, and the Ravaging of African American Voting Rights.”  Find out more at www.lawrencegoldstone.com.

In less than two weeks, Chief Justice John Roberts has delighted liberals and infuriated conservatives by casting the deciding vote in a key abortion ruling, the DACA cases, and what may well have been the deciding vote in LGBTQ civil rights cases, since it is uncertain whether Justice Gorsuch would have stood alone against his conservative brethren. Constitutional law professors and analysts have been parsing precedent and otherwise trawling jurisprudence to speculate on the reasons for what seems atypical behavior, but have yet to explore the possibility that the explanation does not lie in jurisprudence at all.

Supreme Court eras are always discussed and evaluated in terms of the Chief Justice. It was the “Marshall Court,” or the “Taney Court,” or the “Warren Court.” And, it will be the “Roberts Court.” He bears a burden that even the most prominent associate justice — Oliver Wendell Holmes or John Marshall Harlan or Antonin Scalia or Ruth Bader Ginsburg — does not. As Roberts noted ruefully in an interview in 2007, “It’s sobering to think of the seventeen chief justices; certainly a solid majority of them have to be characterized as failures.”

The fact that key cases, such as Dred Scott v. Sandford, Marbury v. Madison, and Brown v. Board of Education are inextricably linked with their presiding chief justice perhaps explains why Chief Justice Roberts previously refused to be identified with dismantling the Affordable Care Act.

This is not the role he sought. A naturally collegial man, Roberts prides himself on both adhering to the law and bridging ideological divides. “If I’m sitting there telling people, ‘We should decide the case on this basis,’ and if [other justices] think, ‘That’s just Roberts trying to push some agenda again,’ they’re not likely to listen very often.” He venerates the legendary Chief Justice John Marshall, and speaks glowingly of Marshall’s ability to promote harmony by being “convivial,” and taking “great pride in sharing his Madeira with his colleagues.” To walk in Marshall’s footsteps, “he intended to use his power to achieve as broad a consensus as possible.”

Still, although he may genuinely believe he lacks an ideological agenda, John Roberts most definitely does not lack an ideology. He has in the past, with few exceptions, been predictably and reliably conservative — as in Citizens United — almost always deferring to Republican presidents.

But this Republican president is like no other. There can be little question that in the Trump presidency, the nation has been sliding toward dictatorship, which includes vitriolic attacks on an independent judiciary, and what Republicans formerly praised as “the rule of law” has been quickly disappearing.

Chief Justice Roberts is thus in an increasingly fraught position. If, personally, he perceives Donald Trump as a threat to fundamental democratic institutions, as Trump seems to want to be, does Roberts decide he must use the Supreme Court’s power to protect those institutions? Or, does he look the other way and defer? As this “keen student of constitutional history” is doubtless aware, whichever course he chooses — enabler or opponent — will have a significant impact on his legacy.

To date, Chief Justice Roberts has chosen generally to remain conservative, but will occasionally bounce across the ideological divide to demonstrate that both he and the Court are fair. But the political landscape has suddenly and drastically changed, and these past few weeks just may mark the moment when the chief justice decided that the nation is under sufficient threat that he must use the judiciary’s power to stop it.

The stakes are enormous because the Court will undoubtedly be forced to rule on a number of voting rights cases, which could well determine the outcome of the presidential election in November. Florida and Iowa are pursuing initiatives to add financial requirements to prevent former felons from voting, and other states, including Georgia, Texas, and Wisconsin, have initiated voter identification requirements widely recognized as attempts to keep African Americans from the polls.

These transparent attempts to desiccate black voting smack of the Jim Crow South, where every state in the old Confederacy redrew its constitutions specifically to disenfranchise black voters. To the shame of the Waite Court and the Fuller Court, the justices, using tortured logic and verbal gymnastics, allowed blatantly discriminatory state laws to stand and doomed the nation to decades of infamy.

With his four conservative colleagues almost certain to line up on one side of the question, only John Roberts, already under a cloud for gutting the Voting Rights Act in Shelby County v. Holder, can decide if the Roberts Court will do the same.