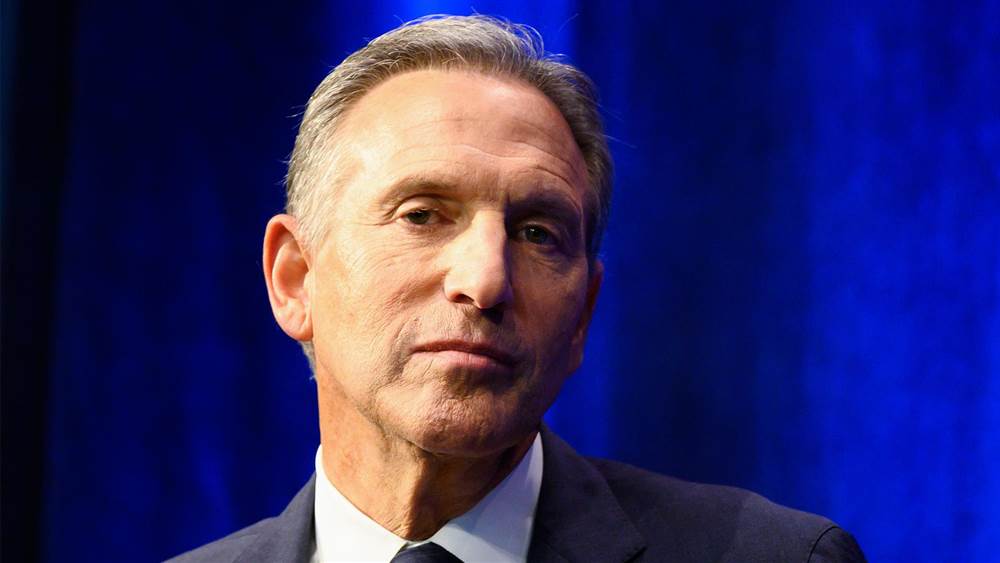 Why The Howard Schultz “Spoiler” Argument Is Simply Wrong

Former New Jersey Governor Christine Todd-Whitman and former Nebraska US Senator Bob Kerrey wrote an essay for CNN.com titled, What Howard Schultz -- Or Any Independent -- Needs to Have a Real Shot. It refers to my litigation with the Federal Election Commission over presidential debate access rules:

"The two parties control a non-profit called the Commission on Presidential Debates (CPD), which has set rules that have effectively barred an independent from debating for more than a quarter-century. The one exception was Ross Perot, when in 1992 he was invited by both the Bush and Clinton campaigns to participate. Perot received 19% of the final popular vote in 1992, and a shocked CPD kept him out of the 1996 debates and then raised the bar for debate access.

The current requirement is 15% support in five polls taken shortly before the first debate. Perot, who polled at only 8% in September of 1992, would not have qualified. Neither, since the first TV debate almost 60 years ago, would any American unaffiliated with either the Republican or Democratic Party...

In 2014, LPF filed a lawsuit against the Federal Election Commission, which oversees the CPD, and on February 1, 2017, the US District Court for the District of Columbia ruled against the FEC. In a harshly worded opinion, Judge Tanya Chutkan wrote that the FEC had "acted arbitrarily and capriciously and contrary to law." It was the first successful court challenge to the rules of presidential debates.

Judge Chutkan told the FEC that it had to reconsider LPF's claims against the CPD and issue a new decision consistent with the court's ruling. The FEC refused, and a second round of litigation ensued.

A final ruling in the case still has not been issued. Time is running out if Americans are going to get a chance to vote for a contender other than a Republican and a Democrat in 2020."

There is another critical point to consider. Let’s assume the debate access rules are changed to allow Howard Schultz or another “centrist independent” candidate to compete for president on a level playing field. Then the arguments that Schultz will be a spoiler are simply wrong. Here’s why.

Indeed, Jill Stein and Ralph Nader did hurt the Democratic candidate because everyone who voted for them would have otherwise voted Democratic. That is not the case for a candidate like Schultz who will attract votes from those who normally vote for Republicans, Democrats, or from those who would not have voted at all.

[pullout_blockquote quote="If the independent dropped out and his/her votes were redistributed, the math makes it unlikely the outcome would change." author="Peter Ackerman, IVN Editorial Voice"]

This is precisely what happened with H. Ross Perot in the 1992 election. It is a myth that Perot “spoiled” George H. W. Bush’s chances to beat Bill Clinton. The facts are that 36% of Perot’s votes would have gone to Bush, 36% to Clinton, and 24% would not have voted at all.

It is impossible to predict who Schultz will “spoil” because there are too many unknown variables. For example, we don’t know who will receive the Democratic nomination and what his/her positions will be vis-à-vis Trump.

In fact, there is a compelling argument that the centrist will “spoil” neither the Democrat nor Republican candidate. If the independent dropped out and his/her votes were redistributed, the math makes it unlikely the outcome would change. For example, for Bush to have beaten Clinton, he would have had to capture 70% of Perot’s vote. Highly unlikely.

While I will not be endorsing any candidate for president due to the nonpartisan nature of my work and our ongoing litigation, I think the most beneficial aspect of the “Schultz” candidacy is that it could nullify the extremes, both during the campaign and after the winner governs.

Peter Ackerman is a businessman and national reform activist. He is the chair of the Chamberlain Project and Level the Playing Field, which is suing to make presidential debates more inclusive to independent and third party candidates.