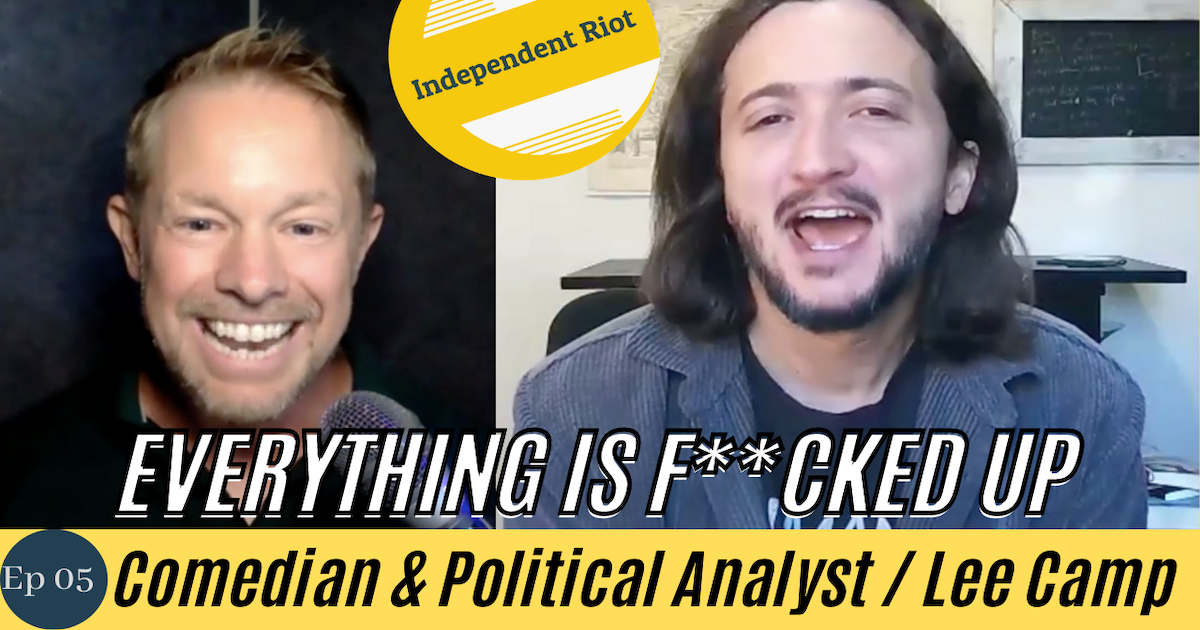 Why is America So Messed Up? (with Lee Camp)

Lee Camp is a comedian and political analyst who hosts the hilarious television show "Redacted Tonight," where he points out the absurd, the unjust, and the corrupt on both sides of the political spectrum. Jim and Lee have a great discussion about what America is getting wrong, the difficulty of speaking truth to power in mainstream media, and what we can all do to make things better. Whether you're on the right, the left, or politically homeless listen in for some laughs and great non-partisan insight.