Where In the West Are the Presidential Candidates? 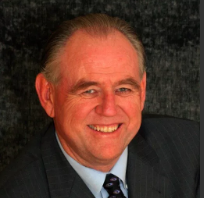 As the presidential election cycle ramps up, the usual polarizations are apparent: blue states and red states, Tea Party vs. liberals, and right-to-life vs. choice. The new anti-establishment trend has firmly established itself with Bernie Sanders and Donald Trump gaining unexpected support.

However, another trend has gone unexplored by campaign analysts: the lack of candidates from the West.

The above map of all 2016 presidential candidates locates their city of residence and shows the South and the Northeast are well represented with well-known candidates, but the West doesn't even have one with name recognition.

As defined by U.S. Census Bureau, the West has a population of 76 million, nearly 25 percent of the nation. Except for the Libertarian Gary Johnson from New Mexico and Democrat Roque De La Fuente from California, there are no candidates from the western half of the country. Both De La Fuente and Johnson are virtually unknown, have no access to debates, and might not be representative of the West even if they were to be heard. But we haven't heard from them, so we don't know.

As of February 21, 2016, ten candidates remained, and the map above of those remaining shows even more clearly the representation of candidates with name recognition from the South and the Northeast.

Every sitting president must take into account the needs of the populations of all the states. However, that accounting is shaped by the dialogue of the campaign season. Without strong, recognizable voices competing in the presidential campaign, even voices unlikely to win, the interests, issues and opportunities that come from the West will be less likely to be heard. As a result, western issues will be less likely to gain traction with the next administration.

A good example is the immigration/border issue. The national agenda has focused on illegal immigration, closing the border, and striking fear into working-class audiences about how illegal immigrants are taking U.S. jobs.

A California point of view might ask how could the border be more open, how could we better take advantage of the synergies between our two economies, and how we can create programs that allow legal status to workers needed to fill seasonal positions so they aren't considered criminals?

There are those who argue that U.S. workers won't take jobs that are filled by immigrant workers. The discussion about how immigrant workers take low paying jobs does not rise to an understanding that workers who have crossed the border illegally have no way to object to low pay.

There is no discussion about how pay levels might improve if those workers had legal status, even to the point where more U.S. workers would take some of those jobs. Whether these points of view are right or wrong the dialogue to bring clarity is missing.

Consumers and the businesses who hire undocumented immigrants likely benefit through lower labor costs and a resultant lower cost of goods and services, but at the expense of creating an illegal class of marginalized workers. This discussion is not on the table, in part because there are no candidates from the West who understand the immigration issues in a different way.

According to the Office of the U.S. Trade Representative, the U.S. is the largest import market for Mexico with $293 billion coming to the U.S. and Mexico is the second largest export market to the U.S. with $243 billion being exported to Mexico. Every dollar spent by the U.S. in trade with Mexico returns forty cents to the U.S. because the products Mexico exports to the U.S. contain a high percentage of U.S. components.

Compare this to the exchange with China where only six cents is returned to the U.S. for each dollar spent on Chinese goods exported to the U.S. Where in the presidential debates is the dialogue on the importance of bringing manufacturing in China back to Mexico, which would boost the economies of both Mexico and the U.S.?

In addition, there would be global benefits in reducing carbon emissions and benefits to the U.S. countries outsourcing manufacturing because they would be closer to the manufacturing facilities. Who is talking about that?

The current relationship between the U.S. and Mexico has been forged through the High Level Economic Dialogue, an effort to place national priorities on cross-border transportation infrastructure, security, education and other issues of mutual importance.

The educational initiative has a goal of 100,000 students from each country studying in the other country by 2020. This is intended to increase long-term relationships, cultural understanding and trade over time. With no western candidates, there are no voices to explain the strategy behind these initiatives or discuss whether it is important to the nation's future.

From climate change and energy policy to water rights, there are viewpoints in the West that deserve focus in the campaign dialogue, but without western candidates to voice them, the silence is deafening.

Editor's note: This editorial originally published on the author's LinkedIn blog, and has been modified slightly for publication on IVN.