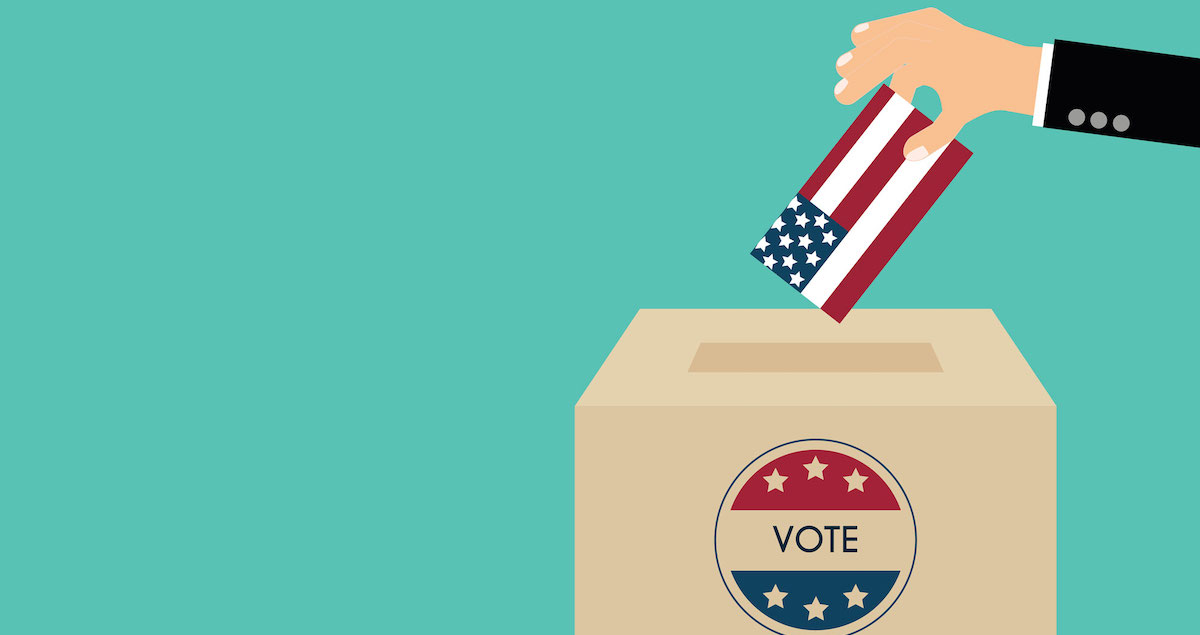 What Happens If There's an Electoral Tie?

The US is in the midst of multiple crises, including a political crisis created by the two major parties. For many Americans, the partisan rhetoric in the media and on the campaign trail has never been more toxic, while trust in the US government and its policymakers has sunk to all-time lows.

The last thing Americans want in an already tumultuous 2020 is a chaotic end to the elections. Yet, the possibility lingers thanks in no small part to the rhetoric of those in office. Legal challenges seem all but inevitable as the presidential contest comes down to a handful of battleground states.

But, what would happen if after all the votes are counted and electoral votes are allocated there is a 269-269 electoral tie? One might think if it could happen in any year, it would be 2020. However, one should not lose their head just yet.

An electoral tie is statistically unlikely. However, the first question of whether it is possible can be answered with an indisputable “yes.”

In fact, according to 270towin.com, there are 64 possible combinations when examining states viewed as toss ups or lightly learning toward one party or the other. It is interesting to note that this number has significantly dropped from the website's projections in 2016, when there were 97 possible combinations -- meaning the odds are even slimmer than 4 years ago. The number of combinations can also shift dramatically just by flipping one congressional district in Maine and/or Nebraska.

So yes, it is theoretically possible. The question then becomes, what would happen?

What The Constitution Says

The Constitution of the United States has a contingency measure in place in the event no presidential candidate reaches the 270 threshold. Article II, Section 1 states:

“The person having the greatest number of votes shall be the President, if such number be a majority of the whole number of electors appointed; and if there be more than one who have such majority, and have an equal number of votes, then the House of Representatives shall immediately choose by ballot one of them for President; and if no person have a majority, then from the five highest on the list the said House shall in like manner choose the President. But in choosing the President, the votes shall be taken by States, the representation from each state having one vote; A quorum for this purpose shall consist of a member or members from two thirds of the states, and a majority of all the states shall be necessary to a choice. In every case, after the choice of the President, the person having the greatest number of votes of the electors shall be the Vice President. But if there should remain two or more who have equal votes, the Senate shall choose from them by ballot the Vice President.”

There are additional stipulations laid out in the Twelfth Amendment and the Twentieth Amendment.

It is important to note that the results people hear on election night or the Wednesday after Election Day are projected results. They are not official. This is especially important to remember in 2020 as the number of absentee ballots cast have skyrocketed ahead of November 3. Voters can expect a possible election week or even an election month.

The results of a presidential election are not official until the electors meet and cast their votes for president. The electors will meet on the third Monday of December. Roughly half the states have laws that require their electors to vote for the candidate that won the popular vote in their state. In a state that does not have such laws in place, an elector could decide to change their vote if the popular vote is very close.

There is an ongoing movement to create an interstate compact that would reform state electoral laws to honor the national popular vote. Every state in the compact would award their electors to the candidate who wins the popular vote in all 50 states, plus the District of Columbia. However, to go into effect, the National Popular Vote Plan needs participating states to hold a majority in the Electoral College combined.

According to FairVote, 15 states and DC have agreed to enter the compact for a combined total of 196 electoral votes.

In the event of a projected tie in the Electoral College, one elector could change everything by switching their vote. In this scenario, the vote would then become 270-268, giving the majority to one campaign over the other. The lack of restrictions on electors in some states means that not all of them are bound to the popular vote in their state. Most experts say this is highly improbable, but there have been instances (though rare) in the past when an elector has changed their vote or gone against the popular vote in their state.

There were legal battles over rogue (colloquially known as faithless) electors after the 2016 election, for instance.

Most political analysts speculate that if there is a tie in the Electoral College the election would remain undecided until the new Congress convenes in a joint session the first week in January, to count the electoral votes. This is something that happens after every presidential election and if neither candidate has 270 electoral votes then that is when things get really interesting.

The Election Goes to Congress

It is important to note that each state only gets one vote. So, unless House Democrats dramatically expand their majority, an electoral tie would end up favoring the Republican Party. That is because Republicans have the majority in more state caucuses.

How Likely is an Electoral Tie?

Considering it has never happened in the history of the United States, the odds are incredibly slim. There are only a handful of combinations in the vast number of electoral possibilities that could produce a tie.

It is worth pointing out that though it may sound like it, electoral ties are not solely possible because Maine and Nebraska allocate some of their electors by congressional district. The method used in these two states just increase the possible combinations.

If Nebraska and Maine were "winner takes all" like the rest of the country, based on current projections, the possible combinations that could result in a tie drop to just 24.

But in 2020 and in the current US political environment, perhaps anything is possible.

An electoral tie has never happened in US history. However, one scenario that has happened is electoral votes were divided among more than two candidates, meaning no candidate came close to a majority. This scenario, in which a third party or independent candidate takes one or two states, though, has not happened in modern US history.

The two parties have solidified their control over the process, and thus as a result, this scenario is also extremely unlikely. Regardless, just like with an electoral tie, the election would go to Congress.