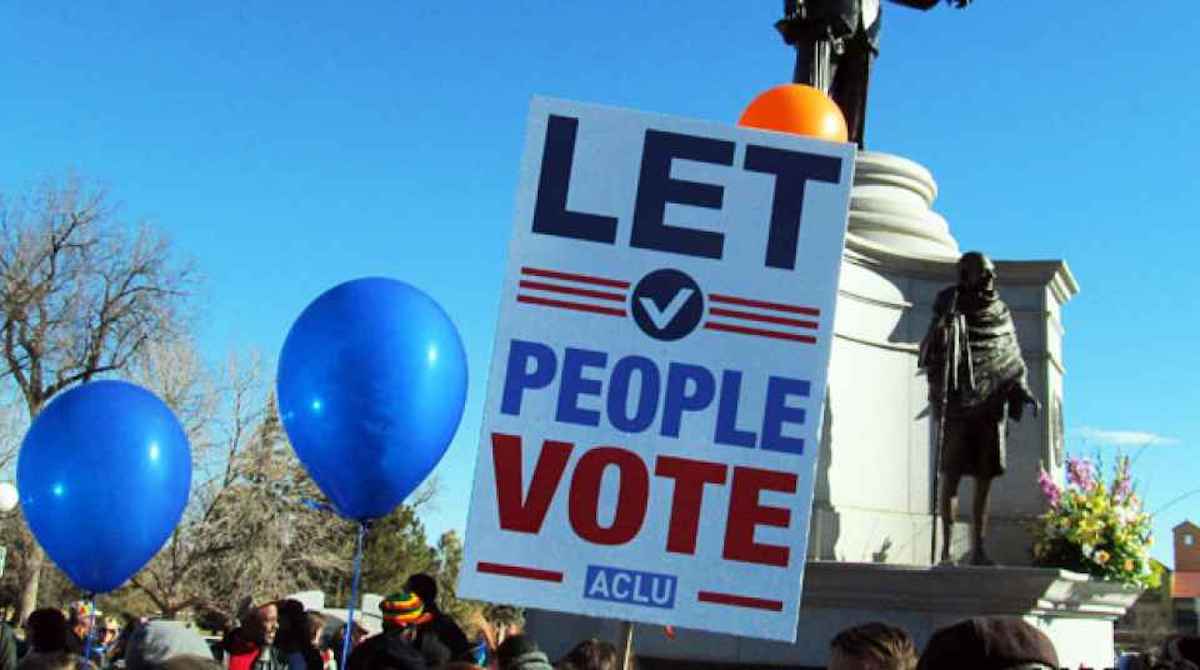 After a string of recent successes, advocates for improving the fairness of elections and expanding access to voting amid the coronavirus pandemic have suffered three defeats in recent days.

The setbacks came in Texas, Arizona and Iowa — all states where the Democrats believe they can score big upsets, at the presidential and congressional levels, if the voting rules are eased enough to allow significant turnout this fall — no matter the state of the coronavirus pandemic.

The way elections are conducted has been the subject of several dozen lawsuits in state and federal courts as well as battles in numerous state legislatures. Who wins the bulk of them could shape not only President Trump's chances of reelection but also whether the Senate stays in Republican hands or turns Democratic.

The recent decisions are:

A federal judge has dismissed a lawsuit filed by Democratic campaign committees that challenged the method for determining the order that candidates appear on the ballot.

Judge Diane Humetewa ruled that neither the individual voters nor the groups had shown that they were hurt by the state's system for placing names on the ballot. Under state law, names are listed in descending order according to the votes cast for governor in that county.

Republican Gov. Doug Ducey carried 11 of the 15 counties while winning his second term in 2018. That means the GOP candidate will be listed first in those counties this fall.

The lawsuit argued that this process was unfair because research has shown that the person listed first on a ballot gets an advantage of several percentage points.

The suit noted that other states have gone to a rotation system to determine the ballot order. There was no word yet on whether the decision would be appealed.

On Thursday, GOP Gov. Kim Reynolds signed a law that requires the secretary of state to get approval from legislative leaders before expanding absentee balloting.

Leading up to the June primary, Secretary of State Paul Pate, a Republican, extended the mail-in voting period and sent ballot request forms to all registered voters in the state.

Under the new law, the secretary of state must obtain approval before changing election procedures from the Legislative Council, a group composed of leadership and long-serving members of both parties.

The Supreme Court decided not to consider whether the state should allow all voters to cast ballots by mail.

The Democratic Party and several voters had asked the court to reinstate a district judge's ruling allowing all voters to submit their ballots by mail, not just those 65 years or older, arguing the regulations amount to age discrimination. Texas is the biggest state to take no action to ease voting during the coronavirus pandemic.

That ruling had been overturned by the Fifth Circuit Court of Appeals.

The state's primary runoff election is scheduled for July 14.

The plaintiffs asked the high court for emergency relief, arguing that the appeals court ruling "forces millions of Texas voters to either risk their health at the polls or relinquish their right to vote."