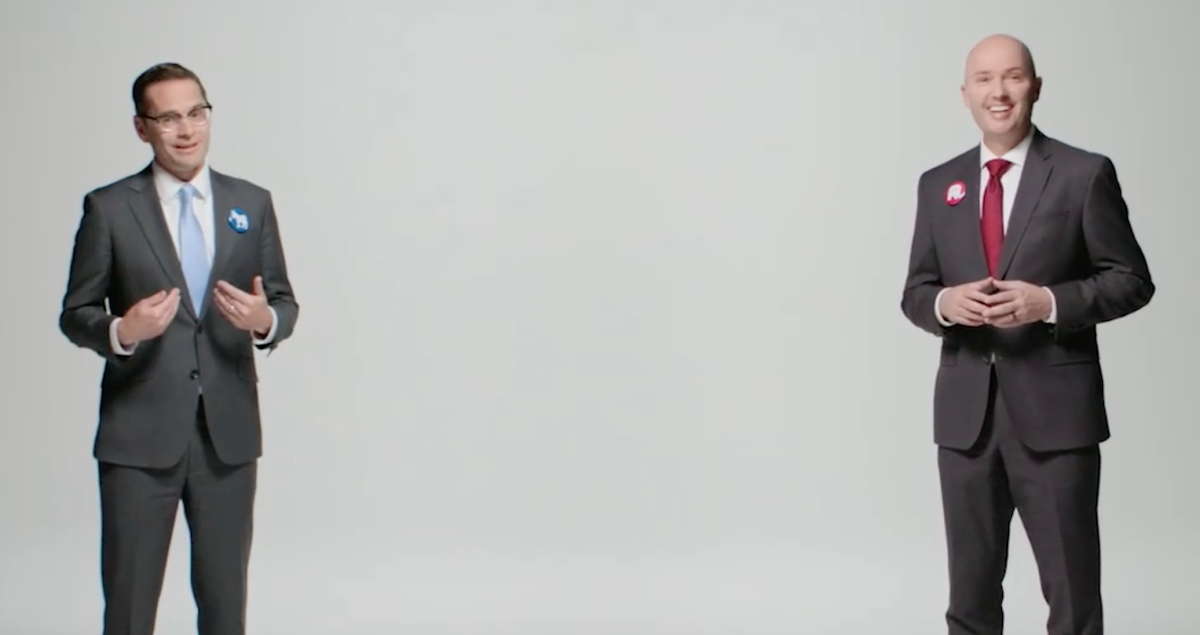 Americans are constantly inundated with the back and forth mudslinging between members of the two parties. The rhetoric on the campaign trail and the media has spiraled down to dangerously toxic levels, and things are only getting worse.

Yet, despite the growing divisions between the Republican and Democratic Parties, two political opponents for Utah governor are showing the country that there is a better way. Republican Utah Lt. Governor Spencer Cox and his Democratic rival, Chris Peterson, took time during the campaign to shoot a joint PSA pleading for civility in the 2020 election -- and another encouraging the peaceful transition of power.

"We can debate issues without degrading each other's character," says Peterson.

"We can disagree without hating each other," Cox adds.

They further express that no matter who wins, they will work together, and together they can set the right example for the rest of the country. It is a refreshing sentiment as tensions rise between the parties and their members two weeks out from Election Day.

In another ad, both candidates also commit to supporting a peaceful transition of power in the presidential election, no matter who wins:

"Whether you vote by mail or in person, your vote determines the outcome."

"And then, we commit to a peaceful transition of power."

"It's the very foundation of our country."

"And we ask that you stand with us."

According to reports, the PSAs were partially paid for by the Spencer Cox campaign and are being offered to media outlets across Utah to air. Both PSAs end with the hashtag #StandUnited.