Up Next
...
How Andrew Yang Could End the Political Monopoly in NYC
Read More 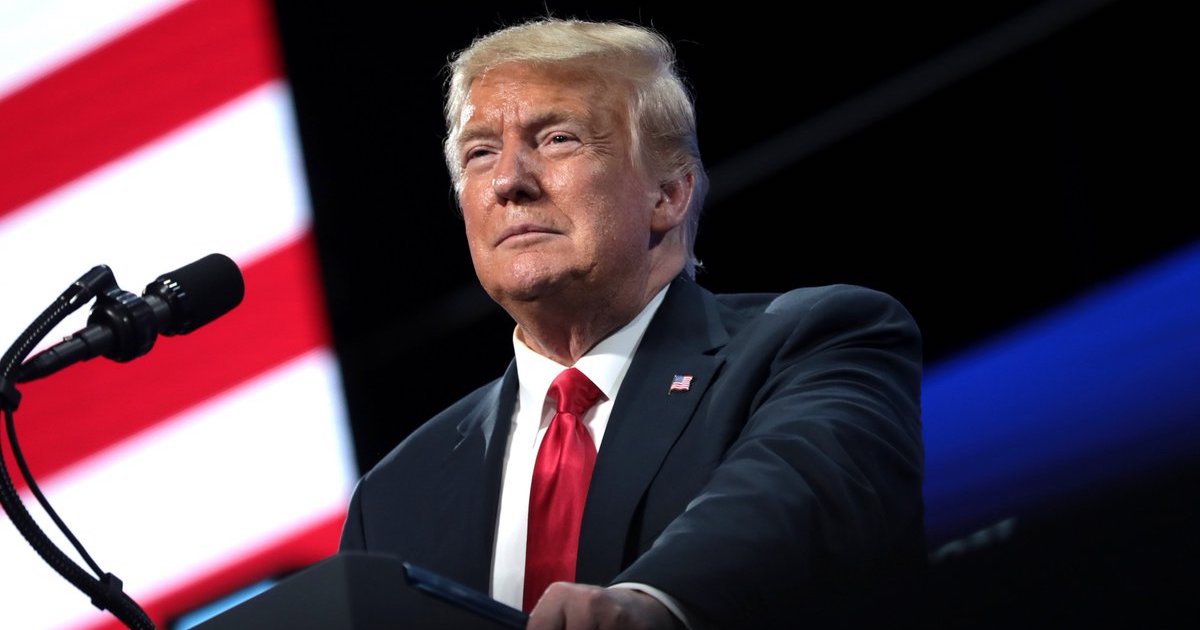 Trump Is Right About Rigged Elections, But Maybe Not The Way You Think

The 2016 election seems like a distant memory from a lifetime ago. But 2020 isn't really qualitatively different, just more of what 2016 was. We're seeing that wild year's ghosts of partisanship in overdrive this year. And there's likely not one person who doesn't find it all extraordinarily peculiar.

In one of many echoes from 2016, Donald Trump is bringing the rigged election rhetoric harder than ever. This time backed with numerous lawsuits. Many have already been dismissed, others are in progress, and the Trump campaign promises to file more. Back then, Donald Trump complained on the campaign trail that the presidential elections in America are "rigged."

"The process is rigged. This whole election is being rigged. These lies spread by the media without witnesses, without backup, or anything else, are poisoning the minds of the electorate. No witnesses, no back up, no anything else...

But since assuming the highest office in the federal government, President Trump hasn't done much if anything to un-rig the system he railed against for being unfair when he was a candidate on the campaign trail. He had four years to do it. To be fair his has been one of the most embattled presidencies in living memory, so he's had his hand full fighting a hyper-partisan war.

Still, Trump had both houses of Congress under the control of the GOP for two years at the beginning of his term. If he was serious about election reform-- not just making sure everyone knew the elections are rigged against him, so he could win or have an excuse if didn't--

There were a lot of election innovations he could have made a serious push for.

If Donald Trump had been serious about making U.S. elections fair and open, without undue influence by entrenched special interests (like the two party establishment to name one) to determine the outcome in advance, here are some ways he could have reformed them.

Primaries in most of the states are the definition of a rigged election.

Closed primary elections serve an explicitly private purpose of selecting candidates to represent members of a private political party. Yet taxpayers in states that have closed or semi-closed systems still foot the bill -- including those not allowed to participate.

States with closed primaries prevent independent voters-- which now outnumber registered Democrats and registered Republicans nationwide-- and other voters outside the two major parties from having any say in who makes it to the general election.

(Shout out to my Libertarians and Greens who read Independent Voter News!)

Yet because 90 percent of elections are considered safe Republican or safe Democrat, primary elections are the most crucial stage of the election process as they often inevitably pick the eventual winner of the general election.

So the main candidates - and eventual officeholder - in any political race are nearly always selected by a hyper-partisan minority, the people who vote in closed party primaries.

It's Darkly Hilarious How Rigged Gerrymandering Is

Gerrymandering is a perfectly legal and widely practiced means of intentionally carving up potentially powerful areas of voters and splitting them off into different districts to prevent them from ever getting a representative in Congress that really represents them.

"There are a lot of ugly fonts out there, but outside Papyrus, few illustrate a deeper sickness in our society. A new typeface called Ugly Gerry does just that: Its letters are formed from the shapes of grotesquely gerrymandered U.S. districts.

There’s no doubt gerrymandering is one of the scourges of our political 'system': nothing more than a way for incumbents to stack the odds in their favor, further disenfranchising and redlining disfavored populations and districts."

It's a very overt way that many elections in the United States remain perpetually rigged for a certain outcome.

A federal judge ruled for the first time in US history in Nov 2016 that Wisconsin's Assembly districts were so partisan that they constituted a gerrymander. The success inspired other gerrymandering opponents to file lawsuits in states like Pennsylvania and North Carolina-- and win.

Unfair ballot access rules are in place all over the country on a state and federal level that create a prohibitive barrier to entry for political outsiders or any candidate who is not in one of the two main political parties.

Along with primary election laws, ballot access requirements are essentially a guarantee that any election is already rigged from the start in favor of just two political parties.

The current winner-take-all design of elections in the United States rigs them in favor of intense polarization between two parties that only have to convince a plurality of voters that even if they are bad, they won't be as bad as the other candidate.

This prevents people from voting their true conscience for fear that they are "throwing away" their vote, when they could actually make at least some difference and do some damage control by voting defensively for the "least evil" viable candidate.

Ranked choice or preferential voting could solve this problem.

On every taxpayer's income tax return there's a box they can check next to the question: "Do you want $3 of your federal tax to go to the Presidential Election Campaign Fund?"

That money goes to the Democratic and Republican Party presidential campaigns and rigs the election in favor of the establishment, because for third party or independent candidates to access that money, they have to meet certain vote thresholds and fundraising benchmarks.

This perpetually rigs the system against outsiders, and what's the IRS doing raising money for presidential campaigns anyway? Cut it out!

Voter Registration and Other Hoops to Jump Through

The less money and power you have in society, the more difficult it is for you to take off from work to go vote. This rigs the system in favor of the established and the powerful.

Early voting helps some, but what we really need is a national holiday so everyone has a more equal opportunity to go vote.

Did you know that in many countries, including France, Italy, Chile, Israel, Sweden, Denmark, and Finland, you don't have to register to vote? The government registers you automatically.

That one extra step is keeping who knows how many voters from showing up to the ballot box. Maybe we need automatic voter registration in the US as well.

The Evil Commission on Presidential Debates

The Commission on Presidential Debates is a capricious and arbitrary organization that works to keep presidential elections rigged in favor of the Republican or Democratic Parties.

The commission keeps out any third party or independent candidate that might challenge the notion that these two candidates are really the best the country has to offer if only they would be allowed on the debate stage. It also helps the duopoly campaigns to shelter their candidates from real questions with phony safe questions that don't scratch the surface.

The Commission on Presidential Debates has held up against lawsuits asking the courts to require the FEC to scrutinize the CPD with a level of seriousness their practices and power merit.

Their interests are inextricably intertwined with the moneyed political establishment that pours advertising revenue into media companies every election cycle.

It would be impossible for them not to be biased in favor of establishment politicians. We saw this for instance, when leaked emails revealed a CNN employee, Donna Brazile, had shared questions with one of the candidates, Hillary Clinton, ahead of a 2016 debate.

That's just one very overt display of the inherent conflict of interests here. The debates should be hosted, organized, and moderated by universities or someone outside the media, and journalists should just be there to report what happened.