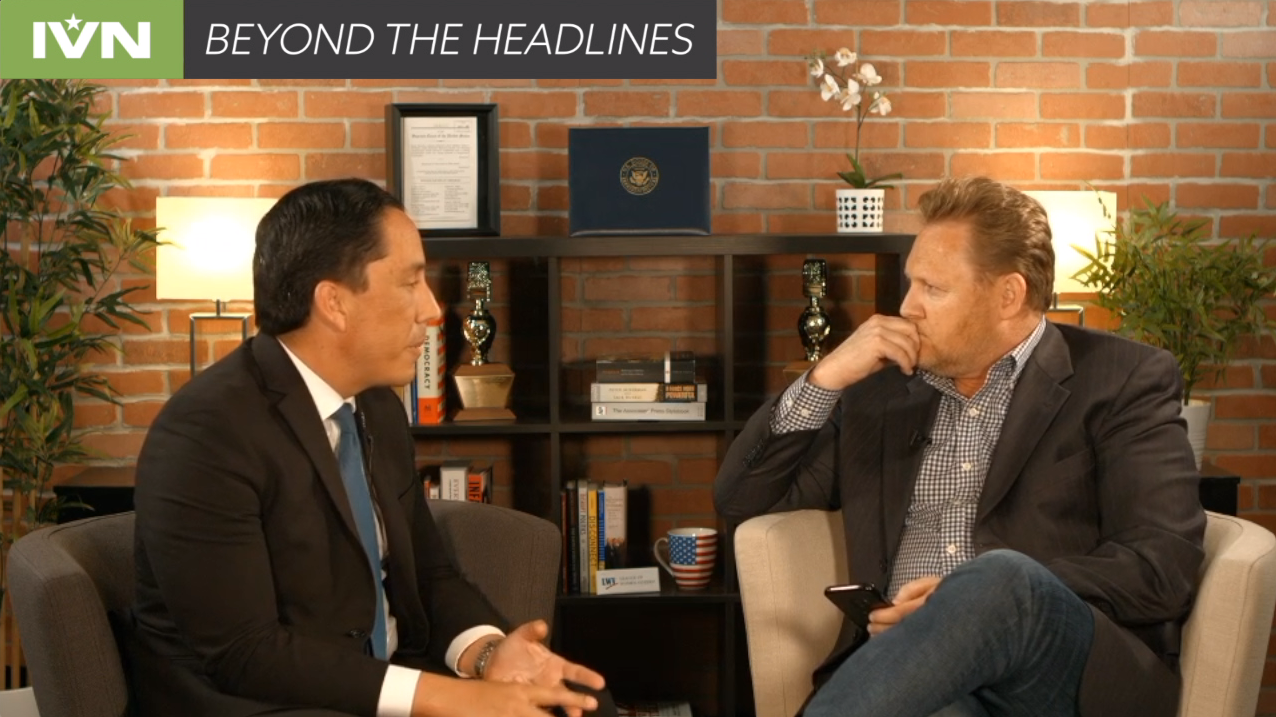 "I want to be an active mayor that focuses on solving real problems. That would be a marked change from recent years." ~ Assemblyman Todd Gloria, 2020 Mayoral Candidate

A plan to get the city moving again.

A champion for housing solutions, Gloria is ready to curb the crisis. He has a plan for homelessness, the convention center expansion, and ending the much publicized feud between the fire and lifeguard departments.

In a revealing interview on Beyond the Headlines, where he criticized the current administration for its ineptitude in navigating San Diego's biggest challenges, Gloria laid out his plans if elected the city's 37th mayor.

There's no question the assemblyman is the Democrat establishment candidate having been in local politics for more than a decade, beginning his career on the San Diego City Council in 2008. Gloria could also have leverage over his competitors having capably served the city as interim mayor following the Bob Filner scandal from 2013-2014.

Barbara Bry is a uniter and business savvy decision maker. Her ability to coalesce the most diverse group of support for an initiative in city history, SDSU West, has earned her a well deserved place at the table. She comes from a business background that will no doubt serve her well in courting moderate and Republican voters.

Cory Briggs is an attorney who has successfully sued City Hall over the years. Briggs sees the race as the donor class vs. voter class, and that if elected, he will put voters and communities before special interests and donors. Briggs has been an outspoken opponent of the mayor and his housing density plan that was touted at the state of the city address.

Todd Gloria on The Issues

"The rents too high, people cannot build wealth here, I have spent my career in housing activism, I was the housing commissioner in the City of San Diego, I chaired the city's housing committee, I serve on the state housing committee now, this is my life's passion, this is the work that I'm most interested in. And this is the issue for which I have skills and expertise. Housing is the key to everything, the ability to build wealth, the ability to maintain your health, it is an important issue that has to be on the forefront. We've ignored this issue for far too long."

"Housing and Homelessness are connected. I would work like mad to make sure we don't have the fourth largest homeless population in the country, which is what we currently have here in San Diego. When you see other cities attacking the homeless problem, typically you see the mayor's of this city's involved, we've seen some efforts by our mayor but it hasn't been a priority issue, it will be under my administration. Make sure we're doing things that we know work, my big concern with City Hall and the San Diego City Council is that they're advancing solutions that we know don't work. Jagged rocks under freeway overpasses don't work, temporary tents do not end homelessness, permanent supportive housing with wrap around services is how it gets done, and the fact we may be acquiring indoor skydiving facilities as part of a solution, then it's no wonder the problem is getting worse. Let's stop doing dumb stuff."

"I've been a long time supporter of the convention center, I think it is important for our economy. I support increasing the tourism tax, I think a good chunk of that should be invested into homelessness as the two are connected. I hear all the time, we have a problem here, the curb appeal of our community is down if we cannot address this homelessness issue, so you can expand the convention center as much as you like but if people don't want to come here, if they don't feel safe, we need to get our arms around that. I don't see the support for the 2020 measure, we will likely have to go back to the drawing board. If the current measure has legal uncertainty, why would we take that risk and subject the city to exposure. Let's get it right and get it done."

Why He's The Best Choice

"We need to stop talking about the same things over and over again and we start doing stuff, move the city forward. We can't be on this perpetual loop of talking about convention center expansion, sports stadiums and airports, the kinds of stuff that undermine the public's belief that we can get things done. I want to be a mayor that moves aggressively housing, homelessness and public infrastructure. I want to be an active mayor that focuses on solving real problems. That would be a marked change from recent years."