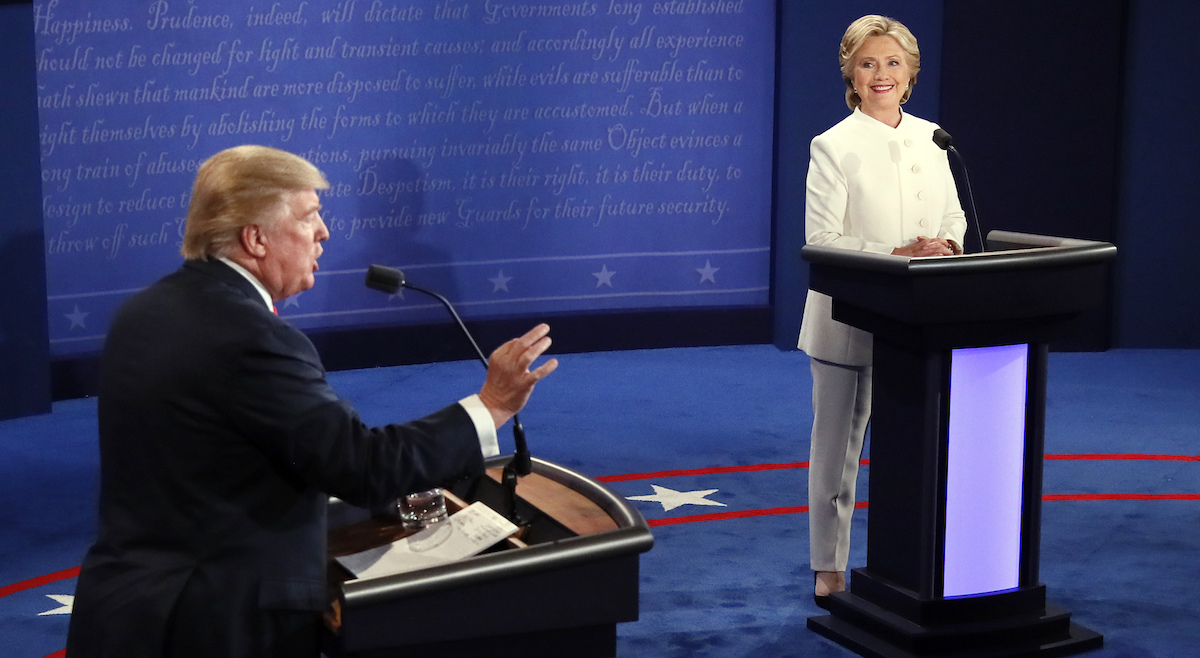 The Fight Against The Rigged Presidential Debates Continues

US voters have overwhelmingly said they want a third candidate in presidential debates. As we look ahead to 2020, it seems the bipartisan Commission on Presidential Debates will once again deny them the opportunity.

IVN contributor Wes Messamore and I go into the history of the debate commission, which has made it all but impossible for candidates outside the Republican and Democratic Parties to appear on the public stage -- all in the self-serving interest of protecting the major party nominees.

The discussion comes on the heels of a district court decision that dismissed a lawsuit against the FEC, the federal agency charged with administrative oversight over the Commission on Presidential Debates. Plaintiffs in the lawsuit say the FEC is willfully ignoring a mountain of evidence that the debate commission is violating federal law with debate entry criteria that make it impossible for a third candidate to appear on the stage.

“We are extremely disappointed with the district court’s decision and plan to appeal," said Peter Ackerman, plaintiff in Level The Playing Field, et. al. v. FEC.

"The health of our democracy depends on robust competition, which is being unfairly stifled by the two major parties through the Commission on Presidential Debates and the Federal Election Commission. The current debate rule discriminates against candidates who are unaffiliated with the Democratic and Republican parties. No independent can realistically compete for president without this rule changing. There are many other possible rules that would be more democratic, more accurate, fairer and more competitive than what we have now, but the CPD refuses to consider them, and the FEC enables their collusive, anticompetitive practices. 72% of the American people think it is important for an independent or third party candidate to participate in the presidential debates, and we intend to continue our efforts to help make that possible.”

Wes and I discuss the implications of the lawsuit as well as the potential appeal. Stay tuned for an in-depth story on IVN.us on the full history behind the debate lawsuit and the rigged debate rules.

Thanks for listening, and as always... stay independent.