The Extra Point
Up Next
...
Ranked Choice Voting Opponents Are At It Again in Maine
Read More 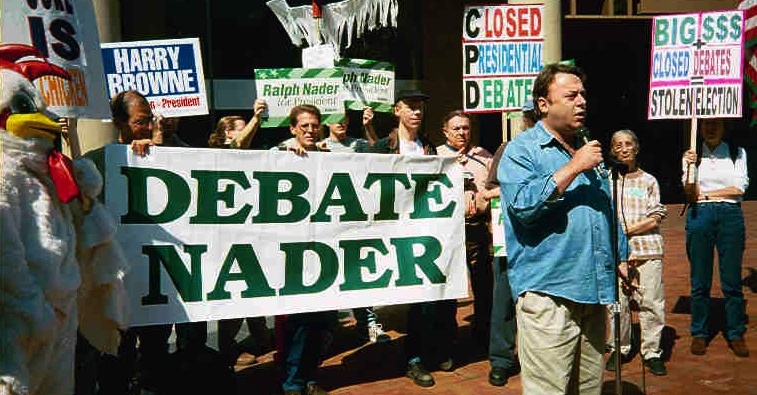 A legal challenge, filed by Level the Playing Field, and joined by the Green Party of the United States and the Libertarian National Committee, to the Commission on Presidential Debate's rulemaking and tax-exempt status will be heard by a federal judge in the DC Circuit on February 24th.

The lawsuit, “concerns violations of federal law by two institutions the Democratic and Republican parties have used to perpetuate their duopoly: the Commission on PresidentialDebates (“CPD”), an organization the two parties created for the express purpose of keeping third-party and independent candidates out of debates, and the Federal Election Commission(“FEC”), a “bipartisan” agency run by members of the two major parties, which refuses to carry out its statutory mandate to enforce the federal election laws that the CPD is blatantly violating. It is obvious that no one can be elected President without participating in the general election debates. Yet the CPD has rigged the rules governing who can be in the debates to ensure that no candidate other than the Democratic and Republican nominees will ever be invited to the debates.”

No candidate, other than a Democrat and a Republican, has qualified to participate in the presidential debates since the CPD adopted the 15% polling threshold in 2000.

Ralph Nader, who won the Green Party nomination in that year, was physically barred and threatened with arrest for attempting to enter the adjoining auditorium where the debate was being broadcasted with the ticket Nader, himself, had paid for.

Nader has publicly stated, “The CPD is not a governmental entity, despite its official sounding name. It is a private corporation, created in 1987 by the Republican and Democratic Parties to replace the League of Women Voters and control every iota of debate frequency, format, location, participation, selection of the questioner, etc. By securing the television networks coverage, to the exclusion of all other potential sponsors, the CPD is a private corporate monopoly over access to tens of millions of voters in the crucial month of October….Exclusion is the CPD’s main reason for being. It sets up a near impossible Catch-22 — requiring for entry to the debate stage a Third party candidate achieving an average of 15 percent in five named polls by September. Low polls, little media, little media, low polls.”

The Independent Voter Project, which has filed 3 amicus briefs in the case in support of Level the Playing Field, says that, “the CPD’s 15% polling requirement has exacerbated the nation’s political divide, damaged the democratic process, and disenfranchise a majority of the electorate while blocking qualified and credible challengers to the two-party status quo.”