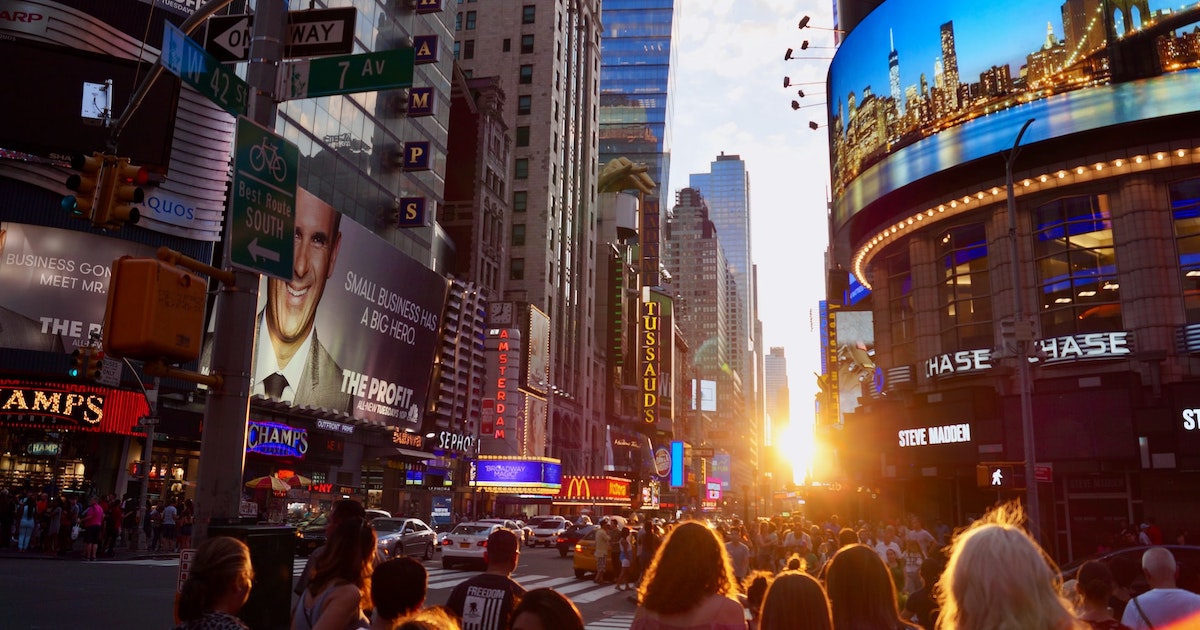 Thanks To Ranked Choice Voting, A NYC Mayoral Candidate Won't Win with 32% of the Vote

Voters in New York City won't know who won Tuesday's hotly contested Democratic mayoral primary just yet. Voters went to the polls to rank for the first time their preferences in a large field of viable candidates. And, thanks to the implementation of ranked choice voting (RCV), getting only a plurality of support was not enough for any candidate to advance to November.

Ahead of the primary election, a WNBC/Telemundo 47/POLITICO/Marist poll found that Brooklyn borough President Eric Adams led the crowded field of 13 candidates on the Democratic ballot, which included former Democratic presidential candidate Andrew Yang. But, he didn't have anywhere near majority support. And, without ranked choice voting he wouldn't need majority support. He could have advanced to November with less than a third of the vote.

Instead, New York voters got to rank their top 5 preferences. Under the new voting method, the first choice preferences are tallied after polls close. If no candidate receives over 50% of the vote, an instant runoff is held that eliminates the last place candidate and applies their voters’ next preferences to the results. This process continues with subsequent rounds of elimination until a single candidate has majority support.

Advocates of RCV say the idea is to ensure majority victories, while also conducting a runoff if needed without the expense of a separate election that would no doubt have a much lower turnout.

The official results of the Democratic mayoral primary in New York will not be known until July. However, the unofficial RCV tabulation will be known as early as next week. Right now, however, Adams is leading the field in first choice preferences with under 32% of the vote.

Interesting to note, Adams and his allies in the city’s Democratic establishment opposed the use of RCV mere months before its inaugural use in city elections, despite it being approved by an overwhelming percentage of city voters in 2019. Some of these party leaders turned to the courts to overturn the will of the people, but failed.

The arguments used against RCV were not dissimilar to the arguments Republican leaders made against RCV’s use in Maine. Members of the Democratic establishment argued that voters had no idea what they were doing when they approved RCV’s use, and would not be able to understand the new system.

That’s right, some of the most influential Democrats in NYC went before a state judge and argued that voters were too dumb to make informed decisions. Yet, NYC voters understand that ranked choice voting is simple, and surveys ahead of the primary election showed they planned to rank their preferences like they would rank so many other things in their daily lives.

A FairVote and Citizen Data survey ahead of the election, for instance, found that over 90% of likely Democratic voters planned to rank at least two candidates on their ballot, and 59% of survey takers used all 5 rankings. It is also worth noting that this survey accurately showed Adams’ 32% first choice support among primary voters.

“There’s a reason why it’s been embraced by small towns in Utah and cities like New York alike, from Alaska to Maine and everywhere in between.”

"New York City is a national leader in ranked choice voting, and it's critical to study how voters there will respond to the change,” added Citizen Data CEO Mindy Finn.

“Overwhelming majorities find ranked choice voting easy and report being more likely to vote as a result — a promising sign for the newly-implemented reform. Our research methodology allows voters to rank candidates while measuring the impact of ranked choice voting, paving the way for the future of political polling as the reform is adopted across the country."

Still Work to Be Done in the Big Apple

RCV has the potential to disrupt the monopoly a few Democrats in the city seek to maintain over political power. Candidates cannot get away with just a third or less of voters’ support. They have to broaden their appeal to secure a voter’s second, third, fourth, or even fifth choice in order to advance to November.

This type of competition is good for voters, but bad for those that seek to control electoral outcomes. So, it is easy to understand why those in power would try to stop a system that gives voters more choice.

However, RCV cannot disrupt the city’s political monopoly on its own. It is a leap in the right direction to bring more competition to elections, but NYC primaries still exclude many voters because they are closed partisan elections. The primaries serve the parties, not voters, even though they are critical to determining representation and are funded by taxpayers.

Thus, the opportunity for better and more accurate representation of the city’s voters remains hindered. The Democratic primary will likely decide who will be the next mayor, yet hundreds of thousands of voters were denied a choice in this election.

RCV goes a long way in empowering the vote. However, the only way to ensure elections put voters above the would-be gatekeepers to our electoral process is to empower the voice of all voters, regardless of party. Combining an open and inclusive process with an alternative voting method like RCV is the best way to ensure that a government that is supposed to be for the many is not decided or run by the few.