Homelessness
Up Next
...
New Film: Fixing Our Broken Criminal Justice System Starts with Ending Corruption in US Politics
Read More 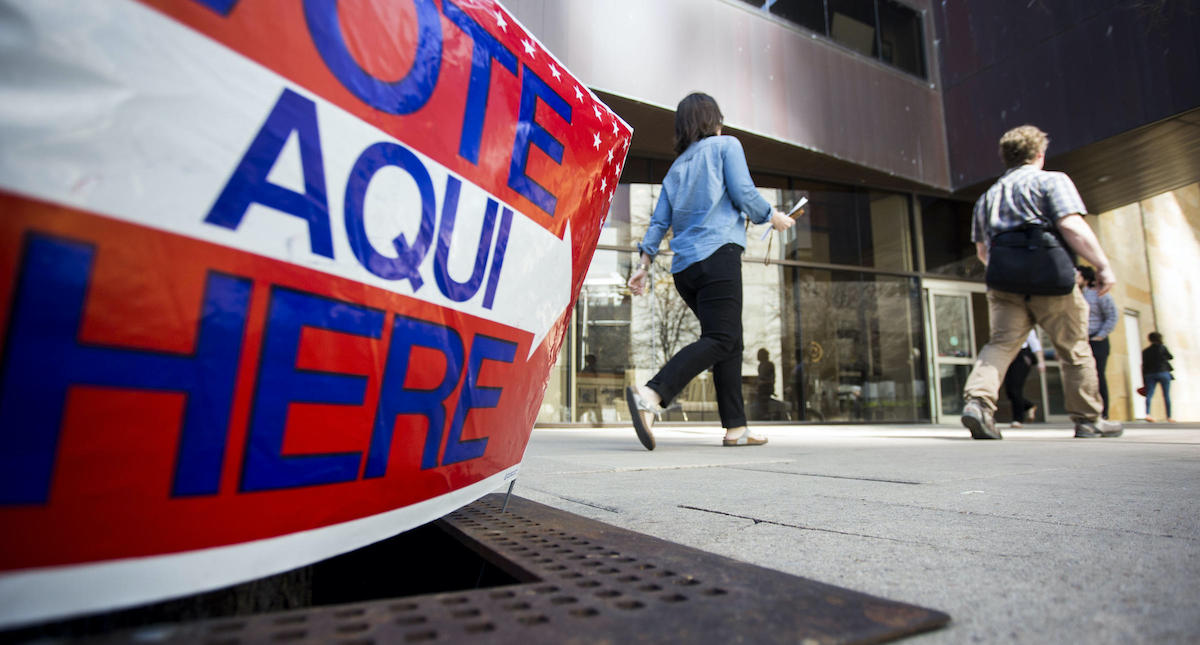 Editor's Note: This article originally appeared on The Fulcrum, and was republished on IVN with permission from the publisher.

Straight-ticket voting won't be returning to Texas now that a federal judge has rejected an effort by Democrats to maintain the practice.

Allowing Texans to cast one quick vote, in favor of one party's entire slate of candidates, has been allowed for a century and was the way two-thirds of 2018 ballots were cast in the second most populous state. But the Republican-majority Legislature eliminated that option starting this fall, joining a wave of other states in recent years.

The state Democratic Party sued in March to keep the system as is, but Judge Marina Garcia Marmolejo dismissed the claim on Wednesday by rejecting its central argument: Switching will cause so much confusion and delay in November that throngs of would-be voters will give up and walk away, effectively being disenfranchised in violation of the Constitution and the Voting Rights Act.

The suit argued that ending the straight-party option discriminates against Latino and Black voters the most, because they generally live in urban neighborhoods where lines at polling places are already longest — and will become alarmingly longer if voters have to make individual selections. Texas ballots are customarily among the most extensive in the nation.

Garcia Marmolejo, nominated by President Barack Obama for the bench in Laredo, said the state party lacked standing to sue and was relying on "numerous suppositions that are uncertain to occur."

"The injuries here are hypothetical and are not couched as the direct result" of the elimination of straight-ticket voting, she wrote. "Rather, plaintiffs' injuries hinge on multiple uncertain intermediate predictions."

Garcia Marmolejo also noted how the coronavirus pandemic has made in-person voting a much more time-consuming experience nationwide — while also pushing millions of voters to request absentee ballots instead. (A challenge to Texas's refusal to relax its excuse requirements to assure more mail-in voting is headed toward the Supreme Court.)

"Many Texans will endure longer lines at polling places indefinitely," she wrote. "And other Texans will experience shorter lines given that voters have been encouraged to steer clear from in-person voting where possible."

Straight-ticket voting was once a big feature of American elections but has steadily lost support in recent years.

Texas is one of eight states that have ended the practice in the past decade, most recently Utah in March. That leaves Alabama, Indiana, Michigan, Kentucky, Oklahoma and South Carolina as the only places that will permit one-and-done balloting this fall.

The argument mainly espoused by Republicans, which is that participatory democracy is improved by requiring separate choices in each contest, has triumphed over the argument mainly advanced by Democrats, in Texas and elsewhere, that speed and convenience at the polls will assure the strongest possible turnout.

Democrats believe that, with enough votes cast in the cities and suburbs, Joe Biden can carry Texas after 10 straight wins by the GOP nominee. President Trump won its 38 electoral votes by a comfortable 9 points last time.