Up Next
...
Courts grant signature-gathering relief for politicians, but not for ballot measures
Read More 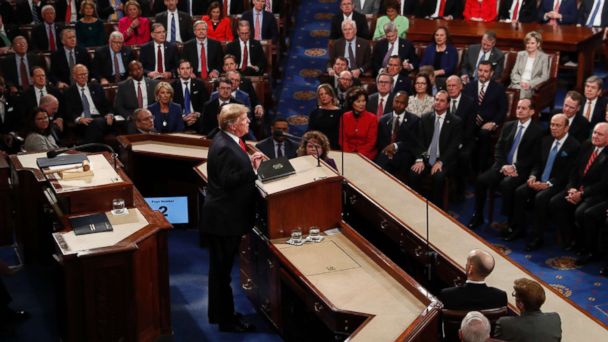 State of the Union vs. the Response: ‘Hope and Change’

SAN DIEGO, CALIF. - Another State of the Union address, and an inevitably contradictive response has come and gone. Within days, no one beyond political aficionados will remember the content of either speech, or the reactions that were witnessed, beyond what talking points the parties and media outlets choose to use to manipulate beliefs. As has become the practice, one party offers hope while the other pleads for change.

From a non-partisan perspective, the SOTU speech was generally well written. It highlighted successes and provided a glimpse into what might lie ahead. With regard to the latter, it provided no clear vision of how to get there, but then again, these speeches almost never do

The “response” was also well constructed. It emphasized the talking points that provided favorable results for Democrats in the 2018 congressional elections. It also provided a forum for Stacey Abrams, for whom the party has great expectations.

Conversely, Stacey Abrams performed extremely well in a difficult role. The “response,” which never really is one, is often problematic. Reaching for a water bottle or applying too much ChapStick® can undermine a promising career. However, Ms. Abrams avoided those minefields and delivered an articulate, well-framed synopsis of her party’s talking points.

Both speakers had their weak moments; none of which seemed terminal.

Ms. Abrams also had some fallibilities as well. While she led with a compelling personal story, her speech was anything but responsive to a relatively positive State of the Union address.

Instead, it reinforced what her party believes is wrong with the United States while ignoring her party’s failure to address the issues in periods during which it dominated the legislative branch.

“…we continue to confront racism from our past and in our present - which is why we must hold everyone from the very highest offices to our own families accountable for racist words and deeds - and call racism what it is. Wrong.”

While her sentiment is unassailable, her party is prominently struggling with this very issue in Virginia.

Ms. Abrams also made a self-serving reference to her recent loss in the Georgia gubernatorial election. She stated:

“While I acknowledged the results of the 2018 election here in Georgia - I did not and we cannot accept efforts to undermine our right to vote. That’s why I started a nonpartisan organization called Fair Fight to advocate for voting rights… We must reject the cynicism that says allowing every eligible vote to be cast and counted is a “power grab.”

Again, she conveniently ignored that she has not always made the distinction between eligible and ineligible voters. During her campaign, she included undocumented residents among the voters who would comprise the “blue wave” whose votes she hoped would put her in office. Her new cause is laudable if the organization truly remains nonpartisan.

In summary, both President Trump and Stacey Abrams served their parties well, but did little to close the gap between their respective parties and those with whom they politically disagree.

Compare the accomplishments, the tone of the language used, and the vision for the future in each of them. The party in power usually offers “hope” while the opposing party calls for “change” in its response. If elected officials could learn to combine the two in a more meaningful way than a campaign slogan, there might be a “hope” for positive “change” for all of us.

[1] The first speech delivered by a president to a joint session of Congress is not officially a State of the Union address. Therefore, what appears to be a president’s third SOTU address is officially only his or her second address.