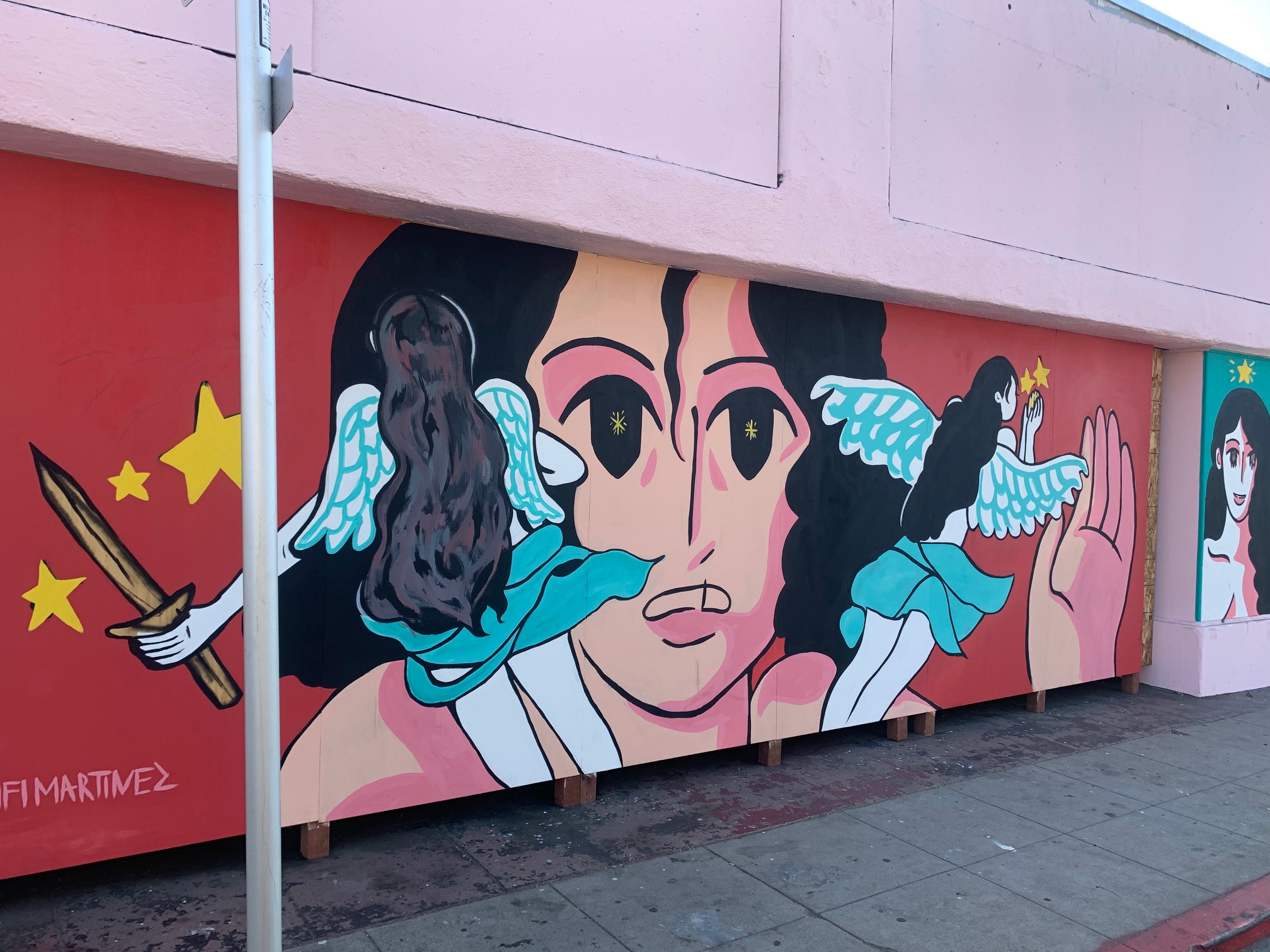 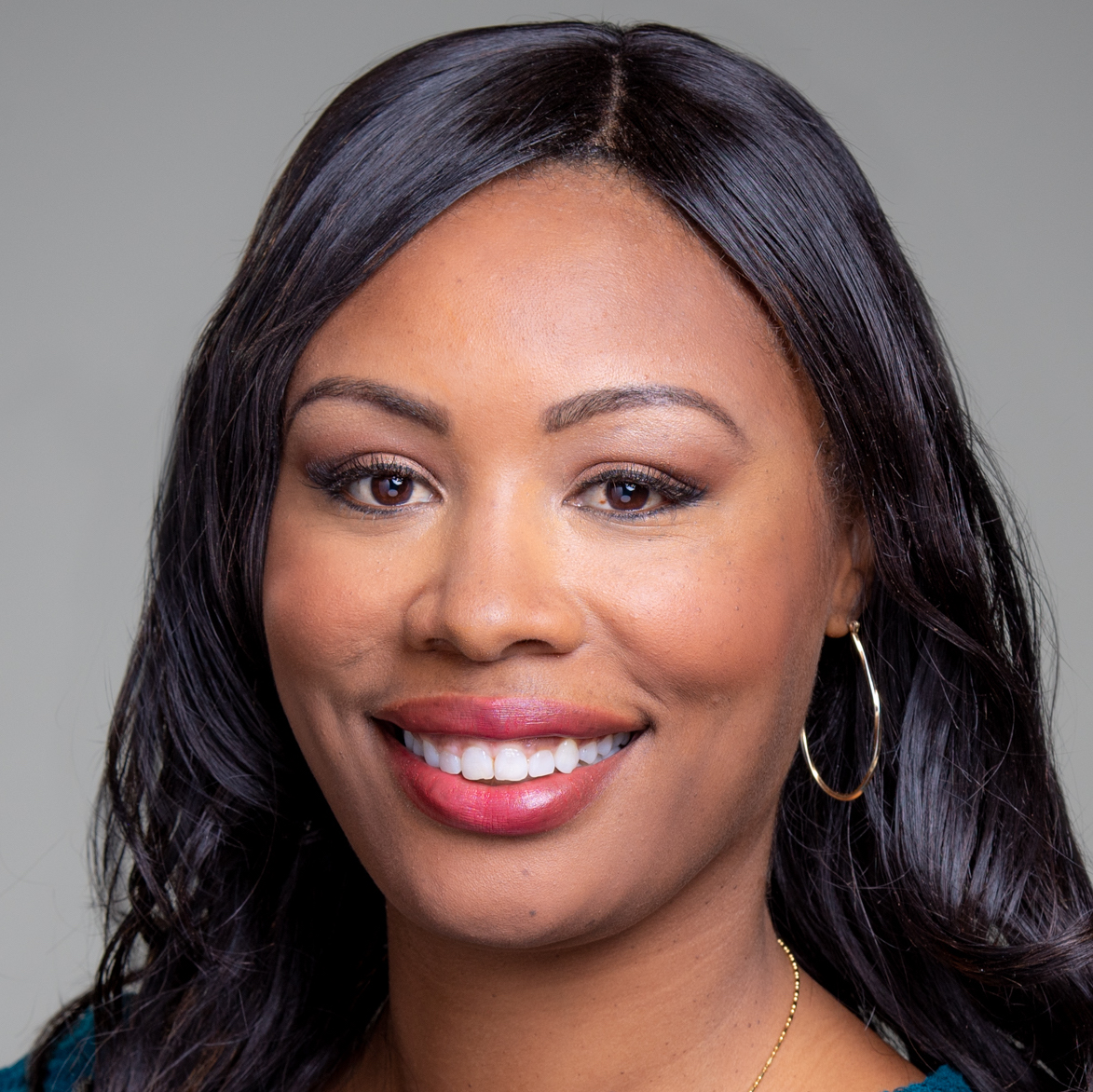 West San Ysidro Boulevard in San Diego has an extra pop of color. Creatives have added fresh street art along the high-traffic thoroughfare — less than four miles from the U.S.-Mexico border. Vacant buildings, alleyways and businesses serve as canvases for a series of commissioned murals.

One of the murals is the work of a self-taught cartoonist. The vibrant narrative reflects the artist’s comic strip background. It’s the first public mural created by Fifi Martinez.

"It's on the abstract and on the expressive side — as opposed to other identified Chicana artists,” she said.

Being from the south San Diego community, Martinez expected her Indy-inspired painting to stand out.

"I knew it would be kind of a risk to just go forward and put that kind of work in San Ysidro, which felt really good because I know that my style is not conventionally good or easy to look at for a lot of people,” she said.

Martinez is one of nine artists involved in the “Walls,” a cross-border art exhibition hosted by The Municipal Institute of Art and Culture of Tijuana, A Reason to Survive and The FRONT Arte & Cultura in San Diego.

The outdoor exhibition was inspired by COVID-19-related restrictions. It is the galleries’ response to social distancing guidelines as the border is currently under tight restrictions.

For weeks, artists on both sides of the border have contributed to the mural project.

For Martinez, she pulls inspiration from other Indy comic artists. A novice can see her affinity for anime. While her style is the same, she says working outdoors brought new challenges. She and the other contributing artists worked through a heatwave, with street and foot traffic and with immediate feedback.

"It was a very chaotic environment as I was trying to do this thing that was very vulnerable and organic to me,” Martinez said.

The artists created their work on walls of buildings on and around West San Ysidro Boulevard. You’ll find Martinez’s piece across a vacant storefront, which is painted pale pink making the bold colors in the mural pop that much more. Morales worked with property owners to secure the workspaces for the semi-permanent art.

Artist Mary Jhun’s work appears on a historic building that has a new life as office space and apartment building. The artist worked with Jorge Mendoza to update the historic La Nola Hotel building with a swirl of wildflowers, vines and outlines of women’s faces.

“It makes people pause,” said Jhun. “I think murals elevate what was already there.”

Jhun describes her work as surrealism. She freestyles by allowing her brush to be influenced by what she sees and hears. Jhun said the biggest adjustment to working outside was the sun.

"It’s actually very similar because the way I work is very unplanned so the approach to the piece is the same," she said. "It's just the materials and the physicality are different so I have to move my body way more for a mural. It is literally meant to be seen by kids, by adults, by anyone, so that’s what I like more about murals.”

The FRONT Arte & Cultura leaders chose artists with a connection to the San Diego-Tijuana region. Those who got the call were given creative freedom. The results include a mythical dragon-like creature carrying a Mexican rag doll flying across the side of El Rincon restaurant.

“Art is supposed to be an expression of humankind and that’s what it is,” said Morales.

In this art tour filled with fantasy, you won’t see the social messages often associated with murals. Moralez says carrying on the tradition of street art in the border region is an act of protest in itself.

“There is a big reinforcement of our culture, and by our culture, I mean the border culture that includes not only Mexican-American artists,” Moralez said. “Just talking about these cultures is a form of resistance against, for example, the government — Trump more specifically. Just saying ‘Hey I’m Mexican. I am Filipino' is an act of resistance nowadays and that is an act of defiance to people who don’t want us here.”

The FRONT Arte & Cultura is closed due to social gathering restrictions. Through its front window is the exhibition's final piece — a brightly colored mural stretching more than six feet high, spreading across two walls. The gallery is open for tours by appointment only. But “Walls” is designed to be experienced mostly outdoors. Exhibition organizers have shared a Google map of the murals here. The exhibition runs through October.