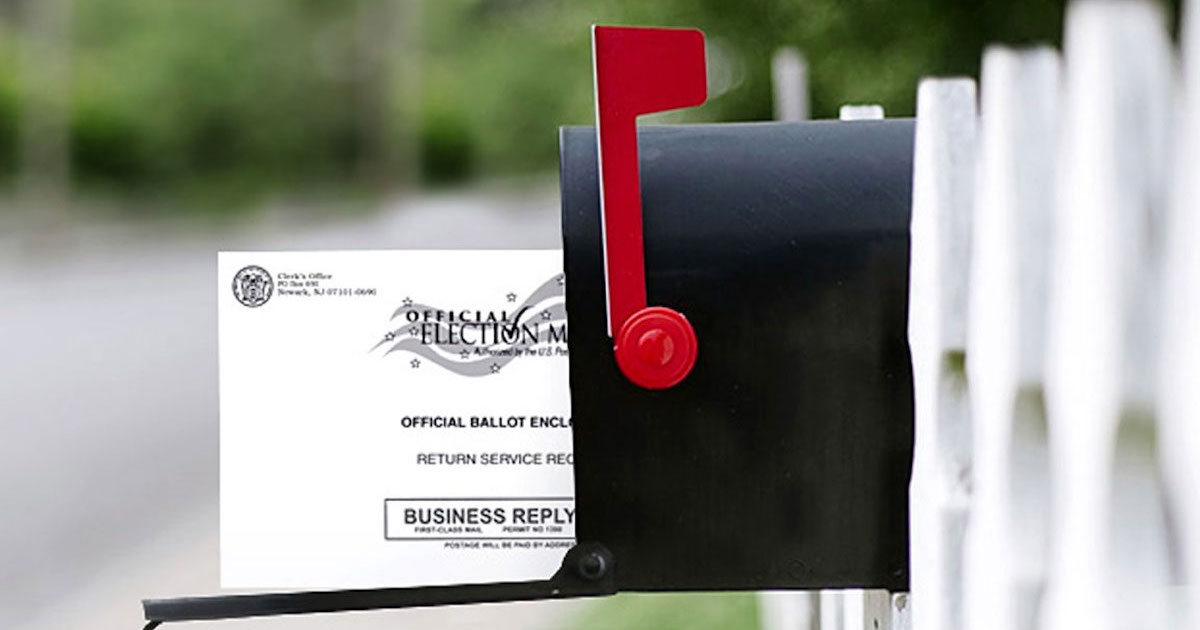 Report: Surge In Mail-In Voting In 2020 Didn't Lead to Increase in Ballot Rejections

Despite more Americans than ever opting to vote by mail in the 2020 election, a comprehensive government report found no significant increase in ballot rejections — refuting former President Donald Trump's claim that mail voting was more susceptible to fraud.

Since 2004, the Election Assistance Commission has conducted extensive biennial surveys of how Americans voted and states conducted their federal elections. The surveys also collect information about election laws, policies and practices in all 50 states, the District of Columbia and the five U.S. territories.

The 252-page report on last year's election, released Monday, provides a detailed look into how voting and election administration were impacted by the Covid-19 pandemic. The Fulcrum will break down the findings in two parts. This first installment focuses on a general election overview, as well as how state policies changed during the pandemic. And a forthcoming article will examine on voter registration and military and overseas voters.

The EAC survey confirmed last year's record-high voter turnout of 67.7 percent of citizens who are of voting age — an increase of nearly 7 percentage points from 2016. Every state and territory reported an increase in voter participation, except Puerto Rico, which saw turnout drop by 9 points. Utah saw the most improvement from 2016, jumping up 15 points to 72 percent turnout in 2020.

And along with this surge in participation, Americans also shifted the way they cast their ballots. Due to safety concerns caused by the coronavirus pandemic, voting by mail overtook in-person voting on Election Day as the most common voting method in 2020. Jurisdictions that eased their policies on mail voting, namely adopting no-excuse absentee voting and conducting all-mail elections, saw more voters use that method.

Trump and his supporters claimed this increase in mail voting would lead to more instances of voter malfeasance. However, the EAC report found that less than 1 percent of mail ballots were rejected, which is on par with the 2016 rejection rate.

The most common reason mail ballots were rejected, the report found, was the voter's signature did not match (33 percent) the signature on file. Other reasons included the voter was not eligible in that jurisdiction, the ballot was missing an affidavit, or another important document or the ballot was otherwise insufficient or compromised.

The pandemic also created a demand for poll workers who were younger and less at risk of illness than the typical elections volunteers, who tend to be 65 or older. The EAC found that, across the country, young people stepped up to meet this need.

While nearly half the poll workers last year were still over the age of 60, states did see significant increases in people under 40 volunteering to work at voting stations. States also reported that recruiting poll workers was less difficult than it was in 2016.

In addition to election policy changes, states also adapted the machinery used for voting. Checking in voters with electronic poll books has become increasingly popular, but the old-school paper system is still employed in nearly every part of the country. And last year, only 32 jurisdictions (in Indiana, Tennessee and Texas) relied solely on voting machines with no paper backup. Having a paper record of the votes cast bolsters security and makes post-election audits easier to conduct.

"As election officials, academics and the Congress continue to study and learn from the 2020 elections, the EAVS data will serve as a foundation for analyzing best practices and informing the future of election administration," Palmer said.