Up Next
...
Be Wary of a Unanimous Political Opinion
Read More 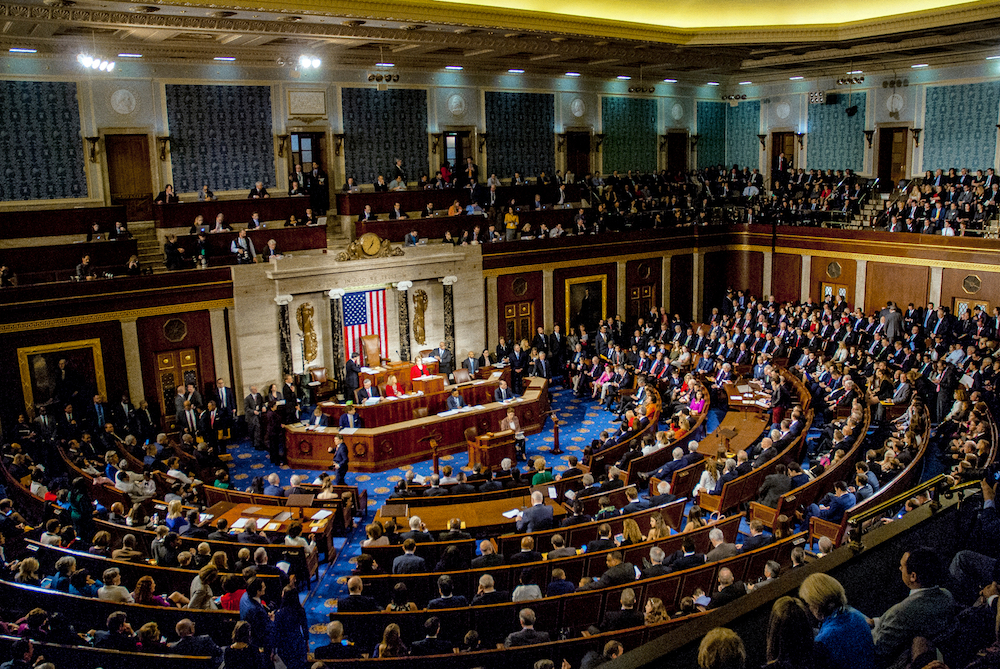 OPINION: The Behavior of Democrats and Republicans Makes the Best Argument for Limited Government

To the Founders and the thinkers who preceded them, the idea of limited government (ironically, a key concept in the history of liberalism), seemed intuitive. The United States Constitution presents an example of the federal government not possessing any power except what is delegated to it by the document itself, with the Tenth Amendment specifically stating that powers not specifically delegated to the federal government are reserved for the people and the states.

This approach wasn’t unprecedented: In 1215, the Archbishop of Canterbury drafted the Magna Carta in an attempt to balance the rights of a group of rebel barons with their obligations to King John of England.

The philosopher John Locke argued that we express a sort of tacit consent to be governed even by walking along the roads where we live, but more modern theories insist that legitimate consent must be deliberate and voluntary. Seemingly then, the further removed we are from it, the less so it would be.

Although Locke’s concept of consent was more broad, he also argued governmental power should have “no other end but preservation” and therefore cannot justify killing, enslaving, or plundering the citizens. Yes, there are those who believe we’re already there and while that is subject to interpretation, we continue to struggle to determine what legitimate ends that government can pursue and the means they choose to do so.

As a practical matter, the idea of limited government in the United States, particularly at the federal level, was a pragmatic necessity in the days of the Founders. After all, what was the point of having a lot of policy dictated from Washington (or Philadelphia) or any other place without the benefit of modern communications or travel? That, along with a lack of democratic representation, was part of what made rule over the colonies by a monarchy across the pond unpalatable.

Now that we have representation along with the aforementioned advancements in technology, it makes sense that we would be more in touch with government at the federal level as we are with the rest of the world and that there would be a corresponding increase in its involvement. To what level that should be pursued and maintained is a subject rigorously debated but oft forgotten in the grand scheme of things.

The nationwide epidemic of divisive and partisan rancor filling the news today, originating primarily at the federal level, might be a good indication that we’re on board a runaway train. This past December, IVN contributor Wes Messamore cited a recent Gallup poll finding “the government has commonly been cited in recent years as the most important problem facing the country, with the problem having received or been tied for the most mentions – 22 times in the last 24 months.”

"...that dissatisfaction goes hand-in-hand with the way we’ve been doing government lately– a very mean-spirited, unscrupulous fight between Republicans and Democrats, a struggle in which both sides are willing to be as unfair and unreasonable as possible– even to the point of betraying their own purported values and policy priorities– in a mad struggle for power and prestige.”

Now let’s be clear: it’s been a long time since anyone in the Democratic Party even pretended to be interested in limited government and the latest influx of “Democratic Socialists” continues to push for higher taxes and more control at the federal level.

"The nationwide epidemic of divisive and partisan rancor filling the news today...might be a good indication that we’re on board a runaway train." - Craig Berlin, Independent Author

Meanwhile, the Republican Party, at least for those who talked the talk, has largely abandoned such pretense in favor of big-government advocacy for right-wing goals. For those with partisan leanings, the loss of civility and compromise has simply become collateral damage that is perceived as necessary to win an ideological war. Our civil discourse has turned into a street fight and a lot of people are happy about it if it means pummeling their political opponents.

“However [political parties] may now and then answer popular ends, they are likely in the course of time and things, to become potent engines, by which cunning, ambitious, and unprincipled men will be enabled to subvert the power of the people and to usurp for themselves the reins of government.”

And here were are, complete with the teams on the field and their cheerleading squads in the media.

Lost in the scenario is the reality that more power and influence is terrific when your team is in power but apparently very traumatic when they’re not. After all, if the Obama administration had continued we’d be on the verge of descending into a communist hell hole and with the election of Trump, we’re knocking on the door of fascism. And who needs that? Lest we think that one side or the other is going to gain some sort of monopoly for any length of time, our history indicates that's highly unlikely, particularly with the reactionary protest voting in which many now seemed engaged.

The Founders believed in a republic of states that didn’t put national decisions in the hands of the majority but rather, balanced the majority rule with an Electoral College and Senate composed of elected leaders where states have equivalent power or influence not dictated solely by population. The legitimacy of that concept is being challenged more than ever today.

Perhaps reacquainting ourselves with the idea of limited government, particularly at the federal level, would behoove us. There is nothing wrong with communities having different values, wants and needs. Politicians may espouse rhetoric about “the American people” as if they actually care about views other than their own, However, with a few possible exceptions such as civil rights, a plethora of homogenized policy prescriptions decided by a few hundred people in Washington D.C. is not likely to be sensitive to, ideally suited for, or appreciated by everyone in a geographically large, diverse and heavily populated nation such as ours.

In a country whose Constitution was designed primarily to protect individual liberty, it’s surprising how much we’ve become interested in telling others how to live.

If people in San Francisco do not wish to run their community the same way Bakersfield does, why should they be forced to? And why can’t Texans and Californians be allowed maximum latitude for decisions that affect their daily lives? Moving from one city to another or one state to another to a community we find more suitable isn’t unusual or particularly difficult, relatively speaking in comparison to leaving the country or living in a state of constant anguish.

"In a country whose Constitution was designed primarily to protect individual liberty, it’s surprising how much we’ve become interested in telling others how to live." - Craig Berlin, Independent Author

Yes, elections have consequences, but the two major parties don’t currently seem to have any interest in changing the narrative beyond demonizing each other.

Harnessing fear and anger has become the preferred method of winning elections and with the advent of the 24-hour cable news cycle, many have lost touch with our local communities while we’re fed a constant stream of news from Washington. Local news is no longer the money maker it once was and as Michael Rosenwald asked in the Columbia Journalism Review in 2017, we shouldn’t be surprised the quest for profits may be killing local news.

Certainly nothing could be as sensational as the circus we have going on in Washington. I’ll take my chances at the next City Council meeting in Anytown, USA, but we want to give the warring factions of the federal government greater latitude and oversight over even more far-reaching policies that affect each and everyone one of us?

Incidentally, I hear there are folks in Great Britain who are expressing the same sentiment.

Let's stop romanticizing what it would be like if one vision is the correct prescription for all of this great land. Let communities and states compete in the marketplace of ideas and reevaluate what we should be trying to do as a national block.

In our polarized and partisan political landscape my views are hard to categorize. I most closely resemble a libertarian-leaning independent combining classical liberalism with a shot of pragmatism.