The Extra Point
Up Next
...
Trump's Own Administration Calls 2020 The Most Secure Election in US History
Read More 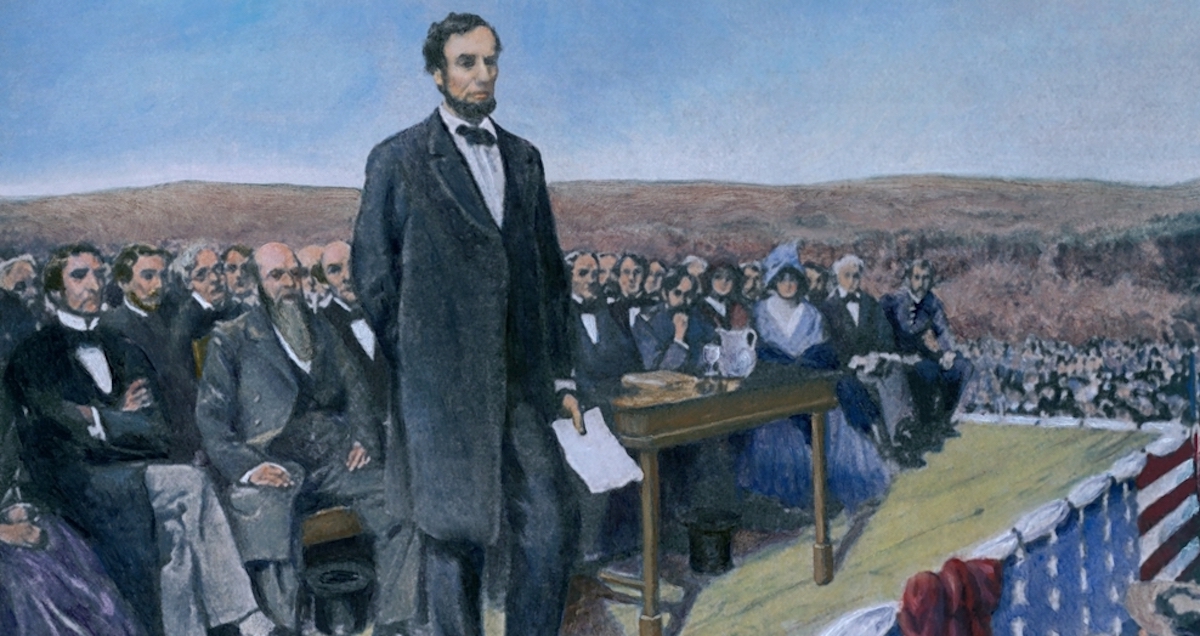 OPINION: Lincoln Was Wrong; Government Of, By, & For The People Was Always Aspirational

Seven score and sixteen years ago, President Abraham Lincoln delivered one of the most memorable speeches in all of human history in his Gettysburg Address, though he wrongly presumed the world would not “long remember what we say here.”

His triumph was to clarify just what was at stake in such a devastating internal war that killed around 750,000 Americans.

“We here highly resolve that these dead shall not have died in vain — that this nation, under God, shall have a new birth of freedom, and that government of the people, by the people, for the people, shall not perish from the earth.”

Just as the Framers of the Constitution had succeeded before him in elevating the vision of “a more perfect union,” Lincoln cemented an aspirational concept of American self-governance that to this day has not risen to those lofty heights.

Even the Thirteenth Amendment, which abolished slavery, set up a dangerous exception for prison labor which remains exploited to this day. The right to vote itself should be, but isn’t, enshrined in the Constitution.

But beyond the fundamental right to vote — and to have one’s vote counted — is the right to participate in free and fair elections. In this supposedly representative democracy, or democratic republic, people submit themselves to an archaic system that is designed to subvert their participation.

As willing participants with aspirations for better government, voters provide just enough license to the system for it to persist as is, election after election, despite record dissatisfaction. Over 90 million nonvoters, who largely haven’t bought the hype, remain uncounted. But there are other groups — roughly 150 million people who think we need a third major party, and over 90 million who identify as independent — who are silenced by the system we have.

That is plainly not government of, by, and for the people. In fact, we don’t even have a two-party system, but a two-party duopoly controlled by the Democrats (roughly 70 million people) and Republicans (roughly 66 million). The two parties collude with each other to protect their grip on power. They skillfully harness the fear of lesser evil voting to fuel their multi-billion dollar enterprise that Harvard Business School professor Michael Porter and Wisconsin business leader Katherine Gehl labeled the “political industrial complex.”

Thankfully, there is an emerging movement of independent, nonpartisan, and cross-partisan reformers that is starting to rewrite the script.

The untold story of the 2018 midterms was an incredible wave of electoral reform efforts that won across the nation, from independent redistricting and the restoration of voting rights to powerful anti-corruption laws and the protection of Ranked Choice Voting. In Maine, the first-ever instant runoff for U.S. Congress yielded a flipped House seat for the Democrats. More importantly, it represented a win for the growing reform movement and a win for all the voters of Maine’s second Congressional District, who will now be represented by someone with majority support.

Just last week, the nascent political reform movement came together in Nashville, TN for the Unrig the System summit hosted by RepresentUs. One common theme in a panel discussion featuring some unlikely reform victories was the resounding message to these activists that they could not succeed and should not even bother trying. They did succeed, and we’re all better off for them having tried.

And that is the lesson we must learn now, as the United States flirts with what former-Republican and now-independent strategist Steve Schmidt calls a cold civil war. It is on all of us to try. To work together, across the political spectrum, and find our unique role in this messy project of reform and reformation.

Katie Fahey, who spearheaded the effort in Michigan to pass independent redistricting to replace political gerrymandering, spoke powerfully to the idea that everyone has a place in this critical work.

Catherine Kanter, who led a similar successful effort in Utah, hammered home the point that it’s up to local organizing, it’s up to all of us, to take it into our own hands and create the kind of change we want to see.

Desmond Meade, who led the charge for restoring voting rights for 1.6 million formerly incarcerated people in Florida, challenged all of us to put aside labels and prejudgment and instead embrace each other as fellow humans, and choose love instead of sheer power. The results of his Florida Rights Restoration Coalition campaign transcended all preconceived ideas about partisan politics in this nation.

Lincoln was wrong to advance the lie that we have a small "d" democratic government that could perish from this earth. But he was right to aspire to one.

Finally, it seems, there is reason to be hopeful.

Editor's Note: This article originally published on Medium and was republished by request and with permission from the author.