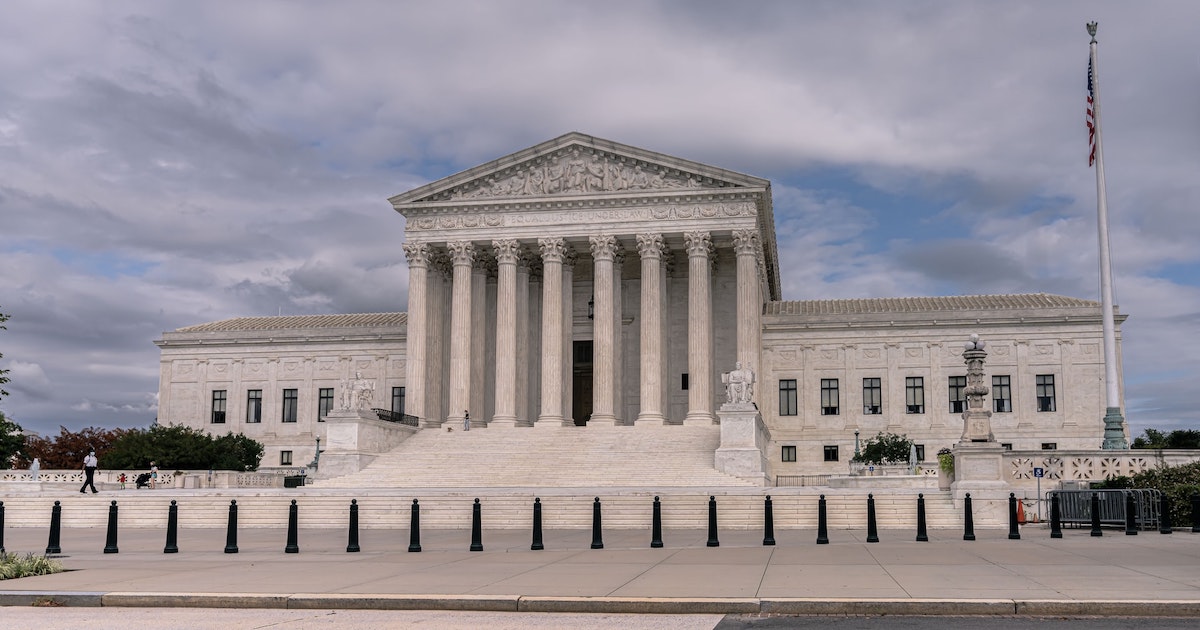 No Order in the Court

On September 6, 2021, Alan Braid, a seventy-six-year-old OBGYN in San Antonio, Texas, performed an abortion on a woman in her first trimester. A few years ago, this procedure would have attracted little attention. This time, however, Dr. Braid became a national headline. In an op-ed for the Washington Post, he wrote, “I acted because I had a duty of care to this patient, as I do for all patients, and because she has a fundamental right to receive this care.”

What made Dr. Braid’s decision noteworthy was that, after more than four decades in practice, he had for the first time intentionally broken the law. On September 1, new Texas legislation had forbidden abortions more than six weeks into term — as Dr. Braid’s patient was — before most women were even aware they were pregnant. It also removed state officials from enforcement but empowered private individuals to profit from informing on their neighbors, the sort of behavior generally associated with totalitarian regimes.

As if on cue, Dr. Braid was sued by a man named Oscar Stilley, who aimed to win the $10,000 bounty that Texas had offered anyone willing to help enforce their new law.  The hopeful plaintiff is not an anti-abortion zealot, but rather a self-described “disgraced and disbarred lawyer” serving a home confinement sentence in Arkansas for tax fraud. Dr. Braid was soon also sued by another disbarred lawyer, this time from Illinois. Neither has any connection to either the Right to Life movement or Texas.  (Both claimed altruistic motives for bringing the action, but neither offered to forego the bounty.)

Abortion providers had asked the Supreme Court to block the law, at least until its more questionable provisions had been adjudicated, but in an incendiary 5-4 decision, the Court refused. Rather than recognize that Texas was transparently and, yes, joyfully, end-running the Constitution, the majority chose to dodge the question with verbiage. In an unsigned opinion, the five justices lamented that because the abortion providers did not properly discuss the law’s “complex and novel antecedent procedural questions” they had no choice but to let the law take effect.

Anticipating the outcry, the majority then made a point of noting, with a healthy dollop of disingenuousness, that their ruling was not on the substance of the law itself.  “In reaching this conclusion,” the opinion went on, “we stress that we do not purport to resolve definitively any jurisdictional or substantive claim in the applicants’ lawsuit.”  They then asserted that the “order is not based on any conclusion about the constitutionality of Texas's law, and in no way limits other procedurally proper challenges to the Texas law, including in Texas state courts.”

The decision provoked indignation not only among pro-choice advocates, but also from many legal scholars deeply disturbed by the majority’s seeming abandonment of accepted jurisprudence. Justice Sotomayor, in a scathing dissent, wrote, “The Court’s order is stunning. Presented with an application to enjoin a flagrantly unconstitutional law engineered to prohibit women from exercising their constitutional rights and evade judicial scrutiny, a majority of Justices have opted to bury their heads in the sand.”

Of course, the five justices had done no such thing. There is simply no possibility that they were not fully aware of both what they had done and what Texas had done.

The lawsuits began immediately, including one initiated by the Department of Justice, about which Attorney General Merrick Garland stated that the law’s “unprecedented” structure was intended “to prevent women from exercising their constitutional rights by thwarting judicial review for as long as possible.” While the Justice Department has far more resources, Dr. Braid, with his open defiance, has given the opposition a human face. Being sued by a convicted felon will do little to make a respected physician in his seventies unsympathetic. In addition, unlike the Justice Department, which might have faced procedural obstacles, Dr. Braid has unquestionable standing to bring an appeal.

Under ordinary circumstances, however the case eventually reached the Supreme Court, each of the five justices could be expected to simply follow through on their initial ruling and refuse to find fault with the Texas law. They might uphold it outright or find a legal pinhead on which to balance any number of angels. Or they could simply avoid ruling on the Texas law and reverse Roe v. Wade when a direct challenge brought by the Mississippi attorney general is heard in December.

But circumstances are not ordinary. The Court’s conservative majority finds itself increasingly out of step with public opinion. Opposition to its rulings on voting rights, campaign financing, and LBGTQ equality, as well as abortion has evoked accusations of blatant partisanship, that Supreme Court justices were, as the Washington Post phrased it, “merely politicians in robes.”

While this sort of criticism is not new, it has become far more widespread and it is clear that the justices are feeling a good deal of pressure. Amy Coney Barrett was even forced to give a speech denying that she and her fellow conservatives were political hacks. Unfortunately, she chose to do so to an audience of political hacks.

A few days later, Clarence Thomas, in a speech at Notre Dame University, employing the same righteous indignation that secured his appointment in 1991, warned against “destroying our institutions because they don’t give us what we want, when we want it.” Thomas insisted — hollowly to many — that he and his fellow justices did not allow either personal or religious views to affect their deliberations. Stephen Breyer, who has reasons of his own for wanting the Court to avoid a political stamp, has made the same case.

The main threat to the Court’s conservative majority is, of course, that the Senate may someday abandon the filibuster and add sufficient justices to put them in the minority. As there are thirteen judicial circuits and the Court was originally designed to have each justice supervise only one of those, there could easily be thirteen justices. To prevent wholesale expansion in the future, the addition of new justices beyond the thirteen could be based solely on whether or not increased population justified adding an additional circuit.

It is standard talking point among conservatives that if Democrats do add justices, “pack the Court,” it will be a fatal blow to democracy. In fact, Mitch McConnell, who has turned hypocrisy into an art form, has spent the past decade doing that very thing. In this, he has taken a page from a man he resembles not at all — John Adams.

In 1803, after Adams had been defeated for the presidency by Thomas Jefferson and his Federalist Party had lost Congress as well, he created a raft of new judgeships in his final days in office and appointed his fellow Federalists, many of whom were unqualified, to fill them. In addition, he appointed his secretary of state, John Marshall—who was more than qualified—to become chief justice. These “midnight appointments” infuriated Jefferson, who later complained that the losers “have retired into the judiciary as a stronghold. There the remains of federalism are to be preserved and fed from the treasury, and from that battery all the works of republicanism are to be beaten down and erased. By a fraudulent use of the Constitution, which has made judges irremovable, they have multiplied useless judges merely to strengthen their phalanx.”

One need only to look at Citizens United, Shelby County v Holder, and this recent decision to realize how prescient Jefferson’s statement was.

But public and political pressure should not be discounted. Franklin Roosevelt’s attempt to pack the Court in 1937 was initially seen as perhaps his most humiliating defeat. Subsequently, however, Court decisions, some of which had previously stifled his New Deal programs, began to go Roosevelt’s way. The nine justices on the current Court have demonstrated that they hear the rumblings every bit as much as did the justices during the Depression. If any progress is to be made, those rumblings must not only continue, but build into a crescendo that the Court, and Congress as well, cannot ignore.

Dr. Braid has done his part. The rest of us must now do ours.