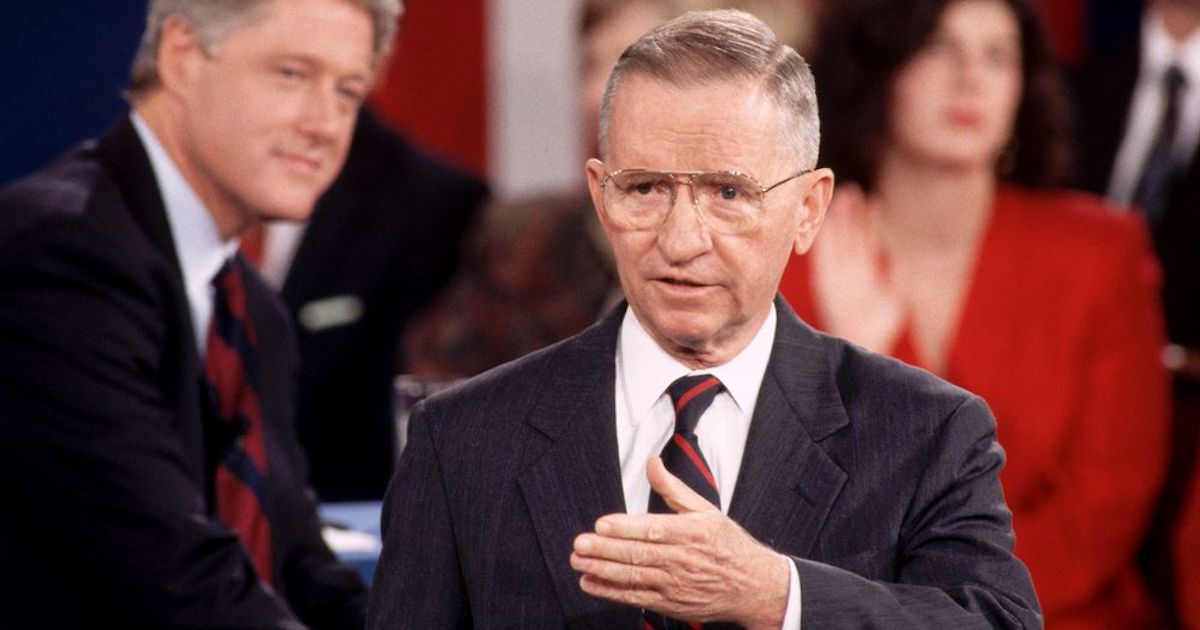 I first heard the news that Ross Perot had died last Tuesday afternoon and it didn’t take long for the major media obituaries to appear. In public life in America, your obituary is written long before you die – literally and figuratively.

Those of us who had been part of and partners with the Perot rebellion knew that the official “branding” of Ross Perot was already set in stone. The two-time independent presidential candidate in 1992 and 1996, whose millions of supporters sent a shockwave through the calcifying two-party political system, would be cast as a crackpot.  His presidential ambitions, his maverick independence and his creating the National Reform Party made him an automatic target. My response to those cynical and partisan obituary writers is Long Live the Crackpots!

Politics in America is so filled with soullessness and opportunism that it wasn’t enough to rehash the old saws against him. Some political writers were quick to try to make connections between the guileless populist Ross Perot and the crafty self-marketeer Donald Trump. The Boston Globe gleefully announced it had found that Perot had made a contribution to Trump’s re-election committee shortly before his death, only to retract it when the “investigative reporter” realized the contribution was from his son. Politico wrote “Perot’s story is a useful reminder that norm-shattering, cult-of-personality politics is not an exclusively recent phenomenon.”

Per usual, the Left, which mightily opposed Perot and the efforts by the Reform Party to create a cross-ideological, multi-racial independent party, continued its worn out drumbeat. Micah Sifrey wrote in The Nation:

“In 1996, when Perot converted USWA into the Reform Party and tried again for the White House, he no longer had a movement with him but a shell that attracted a mix of hucksters and hangers-on, ranging from Pat Buchanan on the right to Lenora Fulani on the left. Only in Minnesota, where local Perotistas kept control of their own organization, did a genuine anti-establishment populist, Jesse Ventura, win power as a result of Perot’s earlier spade work.”

The number of factual inaccuracies and mean-spirited distortions in Sifrey’s paragraph are too numerous to mention.  However, forgive me. I had to mention one. Lenora Fulani – the 1988 and 1992 independent presidential candidate who was the first African American and first woman to access the ballot in all 50 states – is neither a huckster nor a hanger-on. She was a founder of the Reform Party, she received 42% of the delegate vote for party Vice Chair, and she led its Black Reformers Caucus until the party’s effective demise in 2000. But then again, the Left was never very good at getting it right, when it comes to women of color leaders. Nowadays, its fashionable to cheer them on – but only if they’re Democrats.

Suffice it to say, I was so put off by the first wave of these postmortem narratives that I bought death announcements in the New York Times and the Washington Post to pay my own personal tribute to Ross Perot. I was a proud part of that rebellion and, as Peter Baker of the New York Times finally conceded, it ain’t over yet. Herewith, my tribute to Perot:

“Ross Perot pioneered a short-lived national Reform Party that defied partisan norms. Left, center and right came together as independent American revolutionaries to shatter a complacent bureaucracy. The mission was a movement that honored all races, creeds and colors and despised all forms of elitist corruption. We were mocked and maligned by the Establishment, including the New York Times. Though this early experiment in a new politic failed, the need for a radically independent reform force remains more urgent than ever. Rest in Peace, Ross Perot. And thank you.”