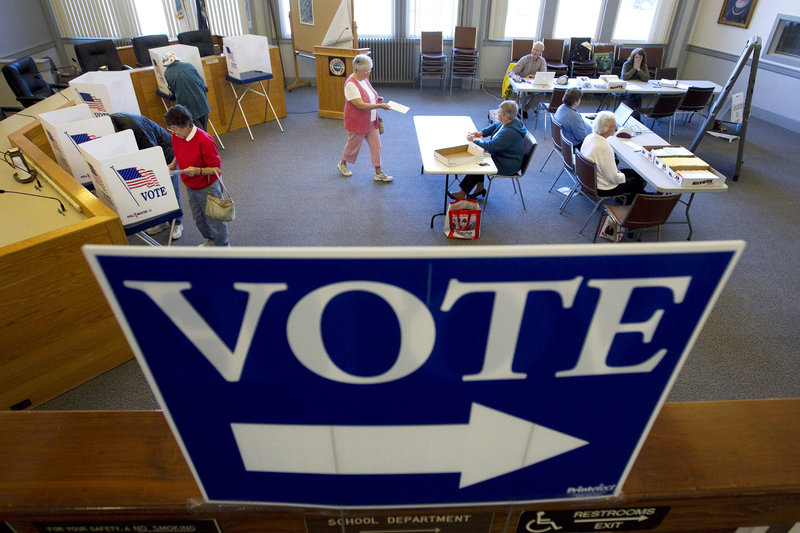 Letter to the editor: Open elections would ensure a brighter future for Maine

In his March 15 commentary, Sen. Angus King wishes Maine a Happy Birthday and another 200 years. He is certain history will repeat itself.

OK. What will he and Maine’s congressional delegation do to ensure it? Will they adhere to our state motto to lead and demand that Congress implement true political election reform? Let’s demand it of them!

Why shouldn’t our federal leaders (and our state leaders) match the heroism of Maine’s constitutional convention and its president (who became Maine’s first governor), William King, back in 1819? They voted to allow black men to vote more than 40 years before the Emancipation Proclamation!

What would be the equivalent today? Open elections (nonpartisan) from the primaries through the general presidential elections give all voters freedom and greater candidate choice. Isn’t this the best way for Maine and America to have a brighter future?

In contrast today, We the Party own We the People’s election system. They control voter ballot access even though we the taxpayer pay for these elections. Why do We the People put up with it? A 2017 Harvard Business School study labeled it a rigged system. It is aided and abetted by their allies in the media and those who support the parties being “gatekeepers” of Maine’s and America’s election system. Tragically, they are the guards enforcing the party voter prison.

May all Mainers demand of our politicians a true free election system! That is the best way to ensure another 200 years for Maine.