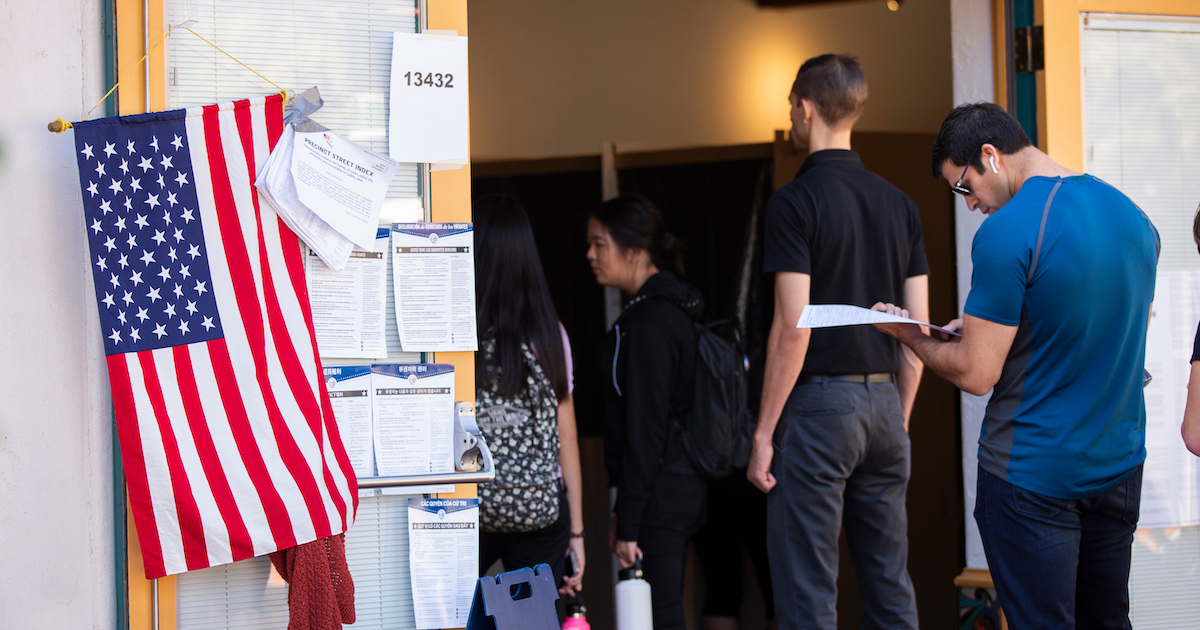 “No taxation without representation.”

That was the battle cry for Freedom that fueled the American revolution.

Yet, today, the interests of private political parties are put ahead of “We, the People.” That is why the Independent Voter Project (IVP) just filed a voting rights lawsuit against the State of California.

From paragraph 18 of the Complaint:

‍"To add insult to the nonpartisan voters’ injury, the semi-closed presidential primary is paid for by taxpayers and administered by public officials...In this case, it should go without argument, that a semi-closed primary gives private political parties and their loyal members a decided advantage in the public election process."

‍For years, IVP has offered the legislature a simple solution that protects the rights of voters without infringing on the rights of political parties.

Instead, the California legislature has allowed widespread voter confusion and disenfranchisement to continue.

Stay tuned for more updates! And if you haven’t already, please consider a monthly contribution of any size.

San Diego’s KUSI interviewed IVP attorney Chad Peace on the lawsuit against the California secretary of state. Peace discusses not only the lawsuit, but the solution that IVP proposed years ago that would have prevented the need for legal action. READ MORE

The Independent Voter Project (IVP), author of California’s nonpartisan statewide primary system, is one of 7 plaintiffs suing the California Secretary of State, claiming that the State is violating the state’s constitution by failing to conduct an open primary for Presidential elections. READ MORE

Lawsuit: California should open its presidential primary to independents

Great coverage from CALMatters. A couple of inaccuracies, but we are working on educating the media on the purpose and importance of our lawsuit against the California secretary of state and opening the California presidential primaries to all voters. READ MORE

HAVE YOU LISTENED TO OUR PODCAST?

The fight to secure the right to an equal vote for ALL voters continues nationwide. Host Shawn Griffiths sits down with three legal eagles who know the uphill challenges experienced in the courts, and what we can expect in the immediate future on this front.

‍New episodes launch on Wednesdays! SUBSCRIBE to make sure you don't miss an episode.