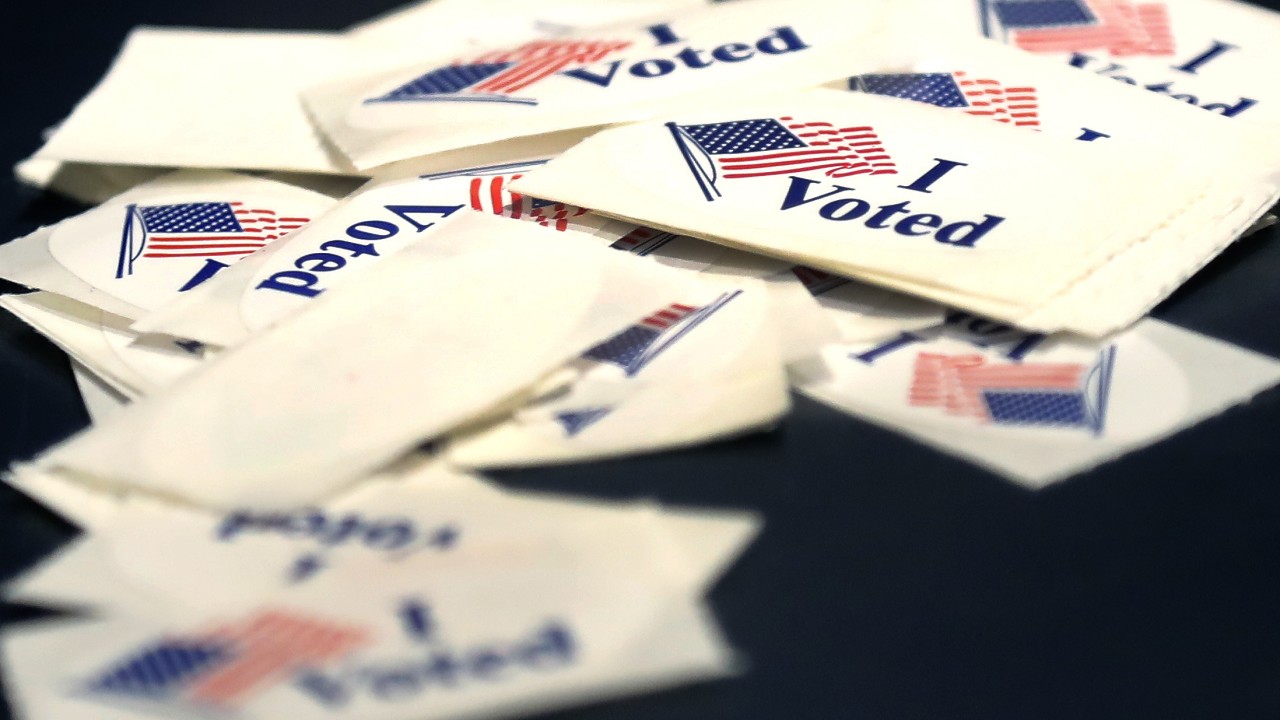 In the midst of social turmoil and civil unrest, on top of an ongoing pandemic, the news didn’t spare much time to talk about 9 primary elections held Tuesday -- primaries that, according to vote at home advocates, prove absentee ballots work.

“In states across the country, Americans practiced their civic responsibility despite ongoing public health concerns, and a record number of voters made the choice to cast their ballot absentee,” said former Department of Homeland Security and Pennsylvania Governor Tom Ridge and former Michigan Governor Jennifer Granholm in a joint statement for VoteSafe.

"It’s true that some voters are still waiting for results and that’s okay. We must not sacrifice security for speed. Getting it right matters more than doing it fast. At least one result is clear already though—voters want choices in how they vote including secure absentee ballots and safe in-person voting locations. We can deliver that in November, and we must."

Offering voters a chance to vote by mail and in person is important, advocates assert. The record number of absentee ballots cast Tuesday indicates voters clearly want this option, especially in times of crisis. However, many voters also feel more comfortable casting a ballot in-person. Thus, VoteSafe says it is the state's responsibility to offer voters a safe option to do so -- whether it is because of tradition or preference.

The organization says June's "Super Tuesday" offered crucial lessons looking ahead to November. Reports out of DC, Maryland, and Indiana indicate that many voters spent hours in long lines at the polls and in didn't receive requested mail-in ballots. VoteSafe asserts that this could have simply been avoided by allowing a larger window to send and receive absentee ballots.

VoteSafe adds that states should also be prepared for the increased influx of mail-in ballots by having a plan to count them. Results might be delayed, but whether counties get permission to count mail-in ballots before election day or more staff is added to count the ballots, the process will go much smoother if there is a plan in place.

Vote-by-mail continues to be at the forefront of the reform conversation during the COVID-19 pandemic and as conversations turn to civil rights in elections. Last Week Tonight host John Oliver devoted his most recently segment to debunking the common fraud claims surrounding absentee/mail-in voting -- highlighting the fact that approximately a quarter of US voters already cast a ballot by mail and over 70% of voters want the 2020 election be conducted entirely by mail.

Increasing access to vote at home methods is also supported by a wide range of nonpartisan groups. The VoteSafe coalition, for instance, is comprised of:

”We can at least agree on this: Voters should not have to choose between their health & exercising the right to vote. The good news is that in most states we can vote safely & securely by requesting an absentee ballot," says Gov. Ridge.

The surge in absentee ballots is notable considering the presidential primary is essentially over. However, there are still important elections up and down the ballot and people clearly wanted their voices heard. Yet, many voters were denied an opportunity to cast even a mail-in ballot on Tuesday.

Most of the states that had primaries on June 2 restricted access to taxpayer-funded elections to members of the Republican or Democratic Parties, meaning a significant segment of the voting population, including the growing bloc of independent voters, were denied a meaningful voice in these elections.

"Voting Patterns Have Become So Tribal"

Gov. Ridge is among the top influential supporters in favor of bringing an open primary process to Pennsylvania, along with former state chairs of both major parties, who say it is time to open the primary process to the roughly 800,000 registered unaffiliated voters in the state.

“Wouldn’t parties be better and stronger if they competed for the attention and votes of independents as early as possible — the primaries?” wrote Alan Novak, the former state Republican chair, and T.J. Rooney, the former state Democratic chair.

“Open primaries would help us bridge this chasm in our politics that has made governing increasingly difficult. This has become only more consequential as communities around Pennsylvania become darker ‘red’ or darker ‘blue.'"

The push for open primaries in Pennsylvania also has organizational support from Open Primaries and the Committee of Seventy, a nonpartisan civic group that supports various good government policies and reforms that would enable a more effective government.

“This is about basic fairness,” said David Thornburgh, president and CEO for the Committee of Seventy, in an interview with the Post-Gazette. The paper also quoted former GOP congressman Charlie Dent, who spoke at the group's 2017 retreat:

“Voting patterns have become so tribal” with both parties believing they should “just double down, triple down, quadruple down on our base, and drive our base out, as a way to win."

The State Senate passed a measure, SB 300, in June 2019 by a 42-8 vote. However, no action has been taken in the Pennsylvania House of Representatives. It was referred to the Committee on State Government on June 26, 2019, but that is where its history ends.

A significant hurdle are politicians worried about what reform could mean for their re-election chances.

As Florida Goes, So Goes the Nation?

One of the nation's biggest battleground states has a chance to shift the way the US looks at primary elections. Specifically, from systems that give the major parties and their members an exclusive advantage to one that levels the playing field for all voters and candidates, regardless of party.

Amendment 3 on the 2020 Florida ballot would implement nonpartisan, top-two open primaries for state executive and legislative elections similar to the systems in place in Washington state and California. All voters and candidates, regardless of party, participate on a single ballot and the top two vote-getters move on to November.

The top-two primary would not be a radical concept to Florida voters, as the primary method is used in municipal and county elections throughout the state. Now, if 60% of voters say "Yes" to Amendment 3, it will be extended to the state level as well.

Open Primaries President John Opdycke believes that reforming primaries in Florida could have a significant impact on efforts elsewhere.

“If we can get this done in Florida, it is going to change the conversation across the country on primaries.” said Opdycke in a recent Zoom conversation. Open Primaries discussed Amendment 3 with leaders and key sponsors of the All Voters Vote campaign, which collected the 766,200 verified signatures needed to get its proposal on the November ballot.

Currently, the state uses closed primaries which shut out 3.7 million independent voters -- or 27% of the registered voting population Steve Vancore, a consultant for and sponsor of All Voters Vote, said this on top of plurality voting in districts that heavily swing one way or the other ensures that the plurality of a party dictates everything.

“The consequence of that is the most extreme elements of both parties decide the outcome," he said, and thus "major things that the state needs to address aren’t being addressed — [legislators] are being hamstrung by the process.”

Former Florida legislator Juan-Carlos Planas further spoke to the impact closed primaries have had on the legislative process. He said in the 8 years (2002-2010) he served in the Florida Legislature he found it increasingly difficult for moderate voices in his party and the Democratic Party to be heard. He said he and others constantly felt hampered.

But is this about to change?

“For the first time in over 100 years there is an opportunity to change the way the state behaves during elections," said Mike Fernandez, a Miami businessman who has championed the proposal from the beginning.

It wasn't an easy task getting Amendment 3 on the ballot. Not only did All Voters Vote have to gather over a million raw signatures to ensure that enough would be verified, but the proposal had to clear a judicial review by the state Supreme Court. Amendment 3 was challenged not only by both major parties in the state, but Florida's attorney general as well, who asserted that voters wouldn't be able to comprehend the language of the proposal.

"You cannot be more plain than what we put in the ballot language which was all voters and candidates would participate on a single primary ballot and the top-two candidates move on," said Glenn Burhans, general counsel for All Voters Vote. The Florida Supreme Court agreed.

The choice in ballot language was not something that happened overnight, according to the campaign. It was something All Voters Vote worked meticulously and methodically on to ensure that not only did voters understand it, but it would easily pass the requirement that it deal only in a single subject and that it be clear, unambiguous, and honest.

“We spent three years working on the language so that it met with the legal requirements, but was also something voters wanted and would accept," said Vancore. "We have polled it several times and it already polls ahead of 60%."

Polling at or above 60% in Florida is important. In many states, passing a ballot initiative only requires a simple 50%+1 majority of voter support. Florida, however, requires 60% voter approval, which was one of a number of steps the legislature has taken over the years to make it increasingly harder to get citizen initiatives on the ballot and passed into law.

All Voters Vote says voters understand the need for primary reform, just as the press does, which Vancore says has largely supported opening the primary process because "they see most elections are over in the primaries. They see these races are intransigent, and that the majority of voters are closed out of the process."

The Momentum Behind Nonpartisan Elections Grows

Nonpartisan pro-voter reformers widely agree: Elections should be fair, inclusive, representative, and accountable to ALL voters, and the best way to accomplish this is through comprehensive reform that includes nonpartisan primaries.

In Alaska, for example, a comprehensive better government proposal will appear on the November ballot that combines nonpartisan top-two primary reform with ranked choice voting.

In San Diego, More Choice SD is making significant progress on getting a top-four nonpartisan primary with ranked choice voting (RCV) in the general election proposal for city elections on the November ballot. The proposal cleared one vote in the City Council's Rules Committee, and will be taken up again by the committee on Wednesday, June 10.

Similar to the San Diego proposal, attorney David Couch is proposing a top-four primary with RCV in the general election for Arkansas. Meanwhile, Proposition D in St. Louis proposes a nonpartisan primary with approval voting.

Many of these proposals are being sponsored and promoted by a coalition of organizations dedicated to better elections because they collectively understand that there is no silver bullet to fix the myriad of systemic problems that keep elections from serving voters above all else. It will take a comprehensive, nonpartisan approach.