Up Next
...
Comparing Coronavirus To The Last Five Epidemics
Watch 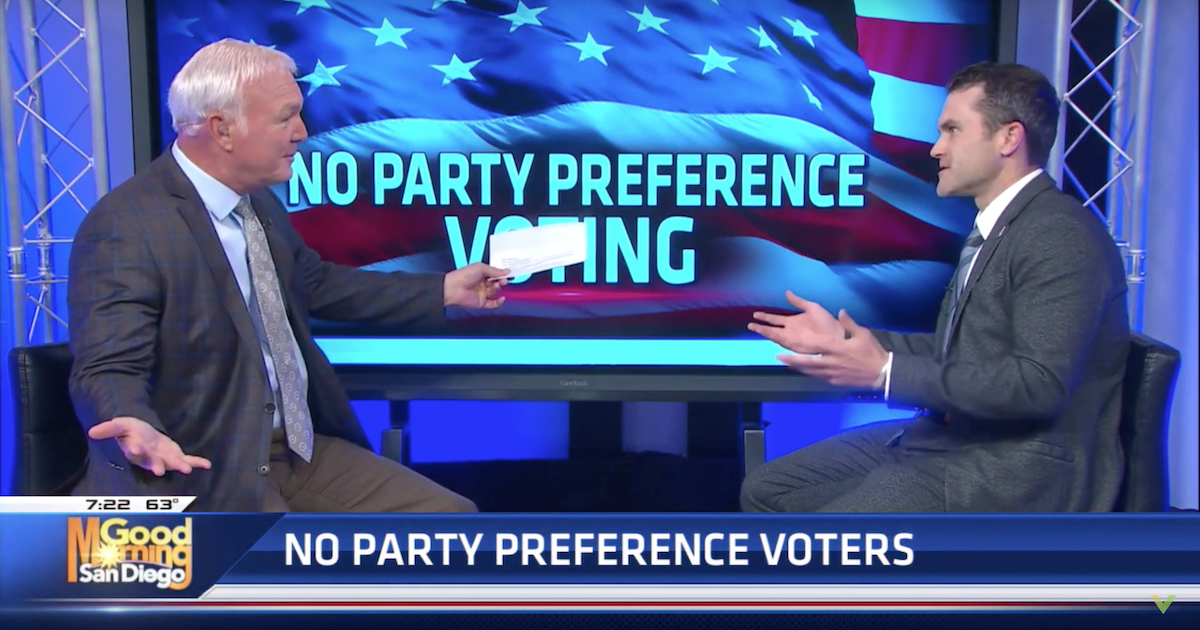 IVP legal advisor Chad Peace joined KUSI's Paul Rudy to discuss the ongoing problems with the presidential primary, what it means for those who choose to register and run outside the major parties, and the Independent Voter Project's simple solution to fix the confusing and unconstitutional process.

It is now well documented -- especially after the 2016 presidential primary -- how California's semi-closed system puts barriers in front of No Party Preference voters and candidates.

“By the time you get to the general election, the narrative has been framed, the ‘credible’ candidates have already been decided,” says Peace, “and then you have three or four independents, plus third parties, all competing for the first time in a general election when all the dialogue and all the voters have been told, ‘Well, these are the credible candidates that actually have a chance to win.”

IVP knows that some people believe we are just “whistling in the wind” by proposing simple, fair, and easy nonpartisan solutions to the partisan powers that be. But there is no other organization that has had the amount of success passing nonpartisan primary reform than IVP, authoring and passing the nonpartisan, top-two primary for statewide, legislative, and congressional elections in 2010.

“Representation is supposed to be about representing the community, not a color -- not a t-shirt, and what I mean by t-shirt is red or blue. It is supposed to represent everybody,” Peace adds.

Check out the full interview above.