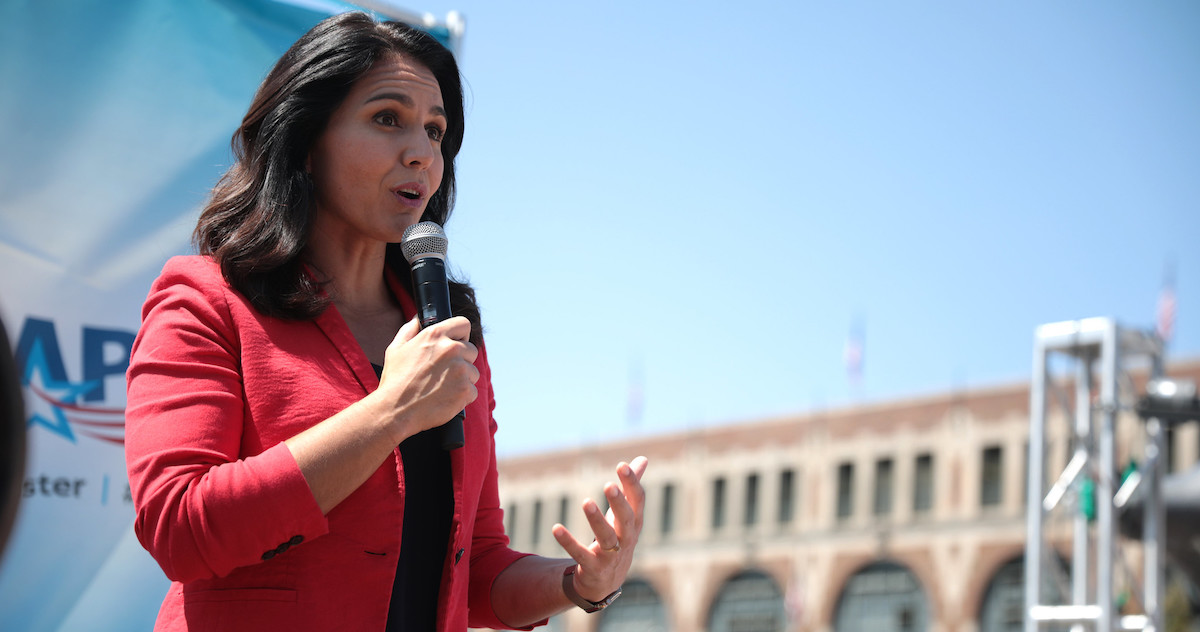 US Rep. Tulsi Gabbard has announced that she will not seek re-election for her congressional seat after four terms in office. Tulsi made the announcement late Thursday night over a series of tweets, including a video explaining her decision.

This has furthered some speculation that she might run as an independent or third party candidate. On Twitter she says she wants to usher in a New Democratic Party, but others see a widow for her to run outside the major parties.

Doing so wouldn’t be easy. She will be shunned by the political establishment as confirming Hillary Clinton’s suspicions, because if you are not with them, then you are a Russian asset or a threat.

The two parties will also make it hard for her to be heard. They have already rigged the rules to keep independent and third party candidates off the debate stage, ensuring that the parties control the narrative.

However, the desire among voters for a third option (or more) is clearly there:

Voters want more options to choose from than just the anointed candidates the two major parties give them.

However, we have an election system that forces voters to pick a side — you have to join the “red team” or the “blue team.” If you don’t, you are not allowed meaningful participation and are denied any real choice in the process.

Take California as an example. On one hand, the state’s voters have repeatedly passed initiatives to give every voter, regardless of party, the right to participate. The state constitution even says the legislature “shall provide an OPEN presidential primary.”

And yet, the state STILL requires its 5.6 million “No Party Preference” voters to associate with a party if they want to participate in the taxpayer-funded presidential primary.

That is why the Independent Voter Project (IVP) is suing California’s secretary of state, to provide ALL voters a choice in the presidential election process. IVP is also supporting Level the Playing FIeld’s lawsuit to open presidential elections, and give voters more competition in the process.

Until we change the rules that deny voters real competition and choice in the process, it will always be impossible for candidates and voters who reject the two party duopoly to be heard. Want to join the movement to end the rigged system? Find out more here.