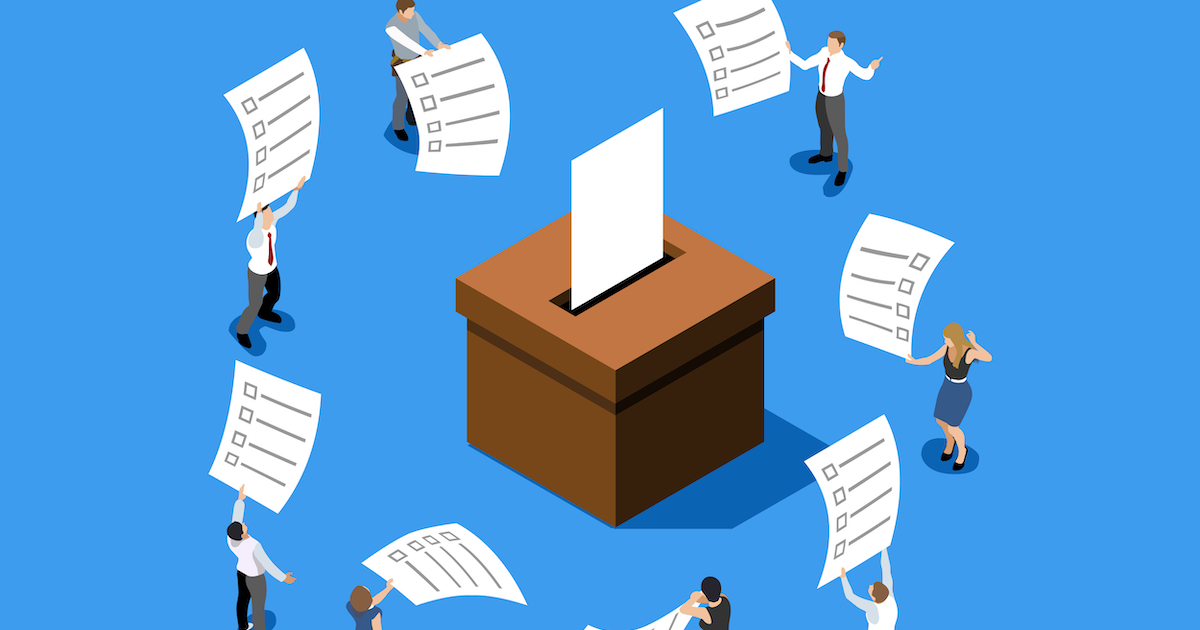 In November, Mainers will vote for governor. Recent poll results show four candidates splitting the vote. Talk of “spoilers” is rearing its ugly head, again. Rather than discussing all of the candidates’ qualifications, voters are forced to consider the possible adverse consequences of a vote outside the two major parties.

Many must be asking: “Wasn’t ranked-choice voting going to solve this?” The answer is yes, it would have solved it. But our state lawmakers are hiding behind a constitutional technicality they could easily fix.

Those procedures apparently failed. A controversial result in a three-way race for governor in 1879 resulted in an armed standoff in Augusta. Diffused by Civil War hero Joshua Chamberlain, the crisis ultimately spurred an 1880 constitutional amendment that made a plurality acceptable (the most votes wins even if its less than 50%).

Maine’s founding fathers may have understood the perils of plurality results. If the “spoiler” label had not yet made the scene, the concept was surely well understood.

Had an easy method of achieving that majority been available at the time, Chamberlain and other state leaders might have reached for it. But it wasn’t. The path of least resistance at the time was to accept a decidedly lesser standard — plurality winners.

Fast-forward a century to the 1970s — Mainers, yearning to break free of the two major parties, began casting votes for outside candidates in large numbers.

Starting with independent Jim Longley in 1974, five Maine governors would win office with less than 40% support.

This includes the two most recent governors -- Democrat John Baldacci, who won re-election in 2006 with just 38% of the vote, and Republican Paul LePage, who achieved the same margin in 2010.

Mainers grew weary, knowing that 62% of voters had not supported the winner in back-to-back races.

Enter retired independent state senator Dick Woodbury. He seized upon the tool that leaders of the nineteenth century might have embraced. Ranked choice voting (RCV) is a system that conducts instant runoffs based on voters’ candidate rankings. RCV produces a majority outcome in one election even with three or more candidates running.

The scholarly and nonpartisan Woodbury then led a citizens' initiative that was approved by Maine voters by a four-point margin in November 2016.

Fond of their collective monopoly, major party bosses didn’t share Maine voters’ enthusiasm for an improved system. RCV would make it too easy for voters to vote outside the two major parties without consequence.

With greater support from their base (“it’s all about LePage!”), GOP insiders took the lead in torpedoing the voters’ choice of RCV. They challenged the new law based on that 1880 plurality amendment.

The Maine Supreme Judicial Court validated the constitutional concerns. With no intent to alter the constitution, lawmakers from both major parties voted to pass a “delay and repeal” bill that spelled doom for RCV.

Not so fast, said supporters. The rarely-used People’s Veto passed by a resounding eight-point margin this past June. Rejecting and overriding self-interested parties, this result reinstated the portions of the law that are without any constitutional question — all primary elections and the general elections for US Senate and House.

But importantly, RCV does not apply for governor or for state lawmakers in the November general election.

Here’s what’s most ironic: While Maine’s GOP bosses have vociferously opposed RCV, they have separately adopted instant runoffs and majority outcomes internally. In 2016, the party brass adopted “Procedure for Elections” that read as follows:

This method is virtually identical to RCV.

Mainers know that a system that cannot accommodate a third candidate is broken. They twice voted for a solution that restores the majority outcomes that Maine’s founders prescribed. Party leaders continue to behave with self-interest and hypocrisy. They hide behind a constitutional technicality that they could easily correct.

As Mainers struggle with the four choices for governor with a system equipped for two, they should remind their lawmakers that they twice voted for a better way.